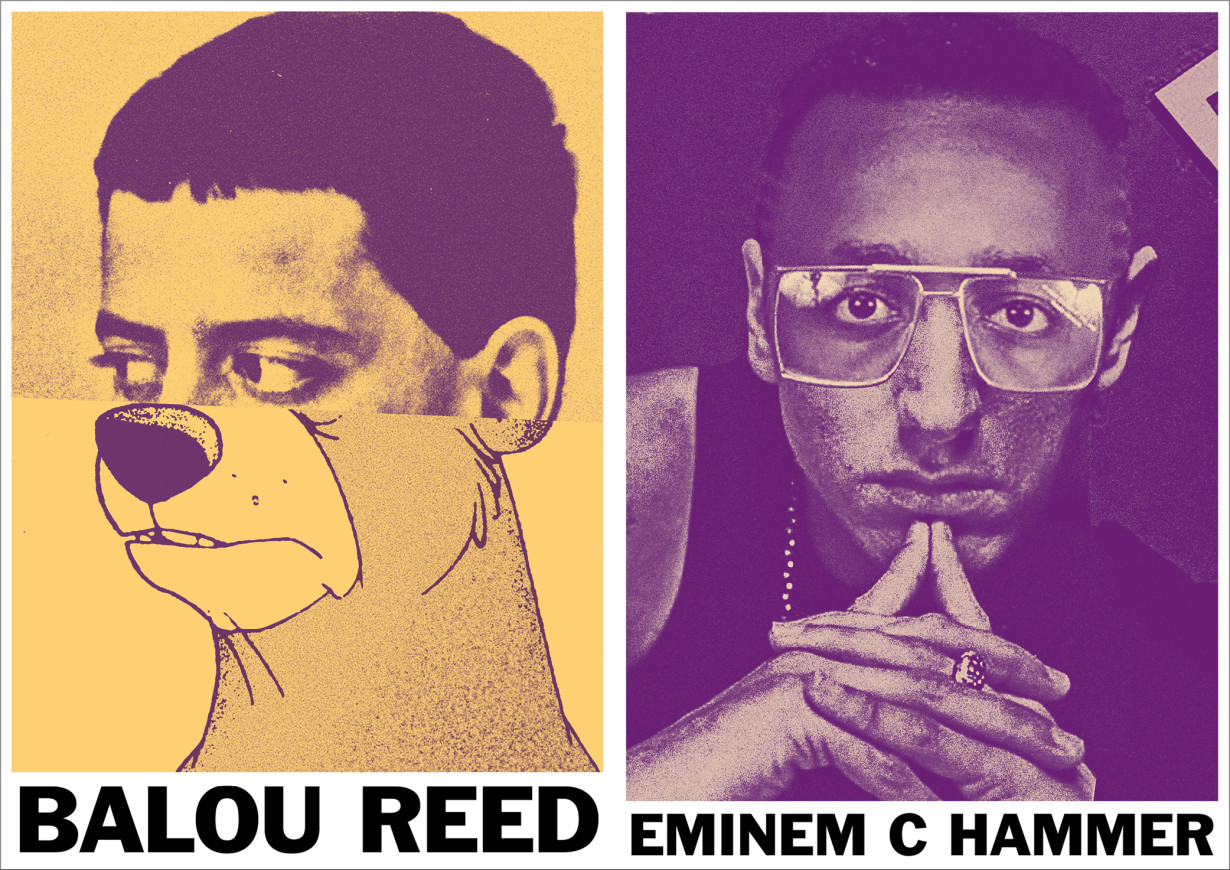 Leonardo Davicii, Smiley Cyrus, and Putintin are all hilarious figments of Kalle Mattsson’s imagination, mashups that connect portraits of two distinct and distinctive personalities. They can be found, collaged, on Mattsson’s Tumblr page, Buffalo Bill Gates. “I wish I could blame someone else,” Mattsson laughs, “but I just thought of ‘George Michael Jackson’ one day, and then immediately had to see how he looked.”

Mattsson, a Stockholm-based graphic designer and illustrator, followed that first mashup a week later with John Lenin and then closed the project until five years later when he stumbled upon those first two images on his hard drive. He admits making new mashups is contagious. “It’s instant gratification,” he says. Naturally, there is a proven formula to the madness: “Any two faces have a lot in common, whereas two names most of the time totally don’t, so the name combo is the key.” The goal, according to Mattsson, is tension. “Tough Guy plus Sweet Kid is a classic. Or Cartoon plus pretty much anything, but politicians work well.”

Self-effacing, Mattsson is humbly surprised by the response. “It’s already gone way further than I thought,” he says. And it is going further—a book release is slated for summer 2015 in Sweden. For now, we can get our fill of Yoko Bono, Mickey Maozedong, and the rest of the crew as posters he sells on his site.