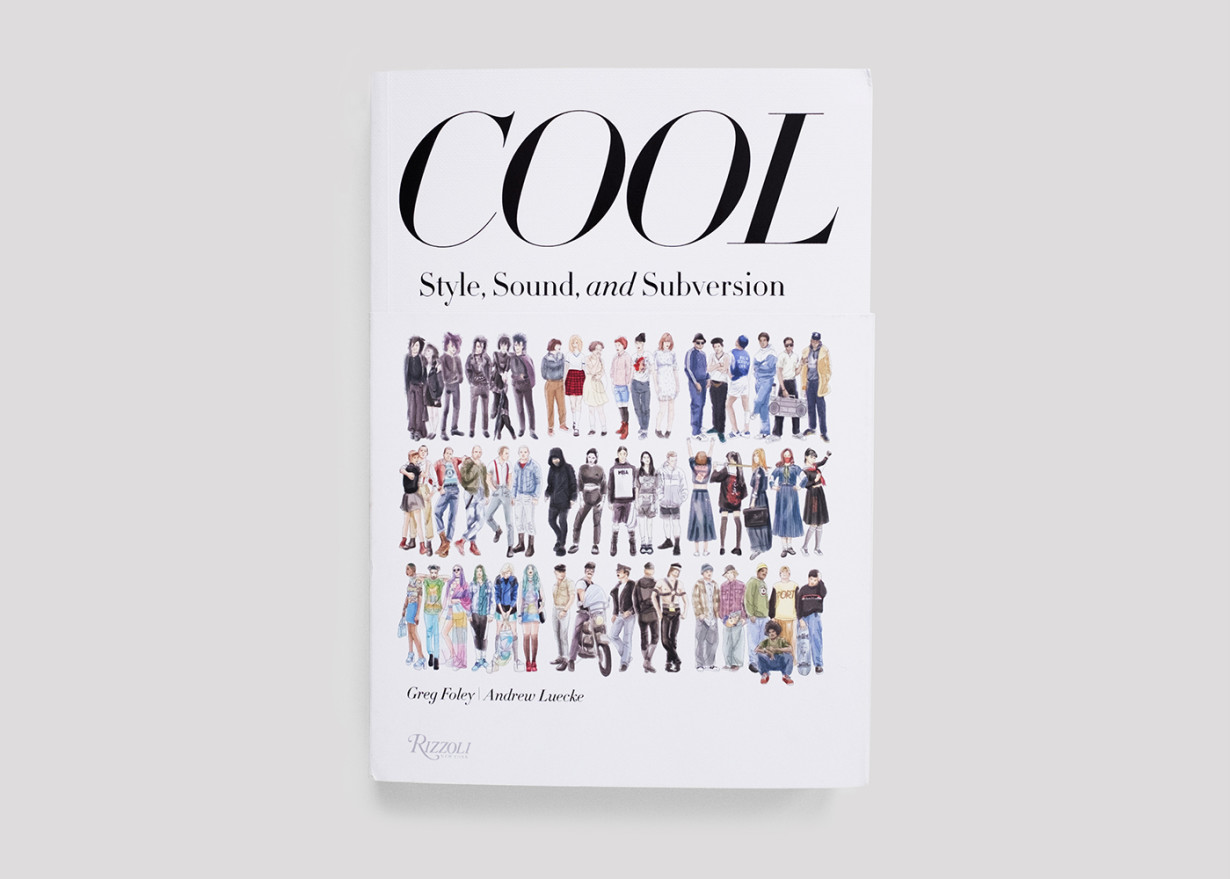 A CENTURY OF SUBCULTURES IN 'COOL'

When Greg Foley asked friend Andrew Luecke what he would write about if he were to write a book, the answer was a “long list of style cultures and subcultures he had collected.” The two have differing backgrounds—Foley designs and creative-directs Visionaire and V Magazine and is a self-described “visual guy,” while Luecke’s a journalist who had never written a book before. But they have a joint interest in and “obsession” with subcultures—and release today Cool: Style, Sound, and Subversion, an illustrated picture book-cum-history lesson in rebellion, art, and street style that has altered the shape of culture.

The purpose of this venture wasn’t to present a definitive history of subculture, but rather to “open the conversation and expand the dialogue about what subculture has been and could be in the future,” Foley explains. Originally, the pair drew “a really wide circle” around the various subcultures they wanted to explore, but eventually found they had to draw some boundaries, and saw the hundred-year mark as a good place to start. They saw the Twenties as a real turning point for youth culture, popular music, and style. A few other conscious decisions were made about the subcultures they were going to showcase—nothing overtly religious or cult-like. “We realized a lot of what subculture and group rebellion is about is [people] fighting for rights to express themselves through style and music,” Foley continues. For example, “Zoot suit riots were really defining youth culture. When the world was rationing resources for the war, youth culture wanted to dress in baggier pants and suits—and they got arrested for it.”

Then came the question of what to name this book that spanned continents, musical genres, and fashion trends. “It was really hard to pin down,” Foley says. “Every other title that we came up with was essentially really vague. It was really hard to call it anything and not get off track. Some of the titles we had sounded like song titles or a title of a really good novel or movie.”

Eventually, they landed on “cool,” the universal word for of-the-moment and hip that carries with it the connotation of rebellion, of a high-schooler playing by his own rules, a fashionista wearing an avant-garde look, or a rock star reinventing the musical landscape with a daring new sound and groundbreaking lyrics. Foley also wanted the book to extend beyond the pages between the two covers. He forged a deal with Apple Music’s trusted curator program and is in the process of setting up the COOL curator profile. The program will start off by sharing a handful of the playlists—including “Glam Rock,” featuring Peter Saville’s top five tracks, and the “History of American Hardcore,” stacked with Fairey’s picks. The collaboration will ultimately include over one hundred definitive playlists covering the history of youth resistance, with the ongoing platform acting like a “new radio.” The playlist rollout will enable even more contributors to share their insight on what songs define that “cool” of a particular era—and give the book staying power and a life beyond the coffee table.

Cool: Style, Sound, and Subversion is out today from Rizzoli. Pick up your copy here. For more information, please visit CoolTheBook.com.