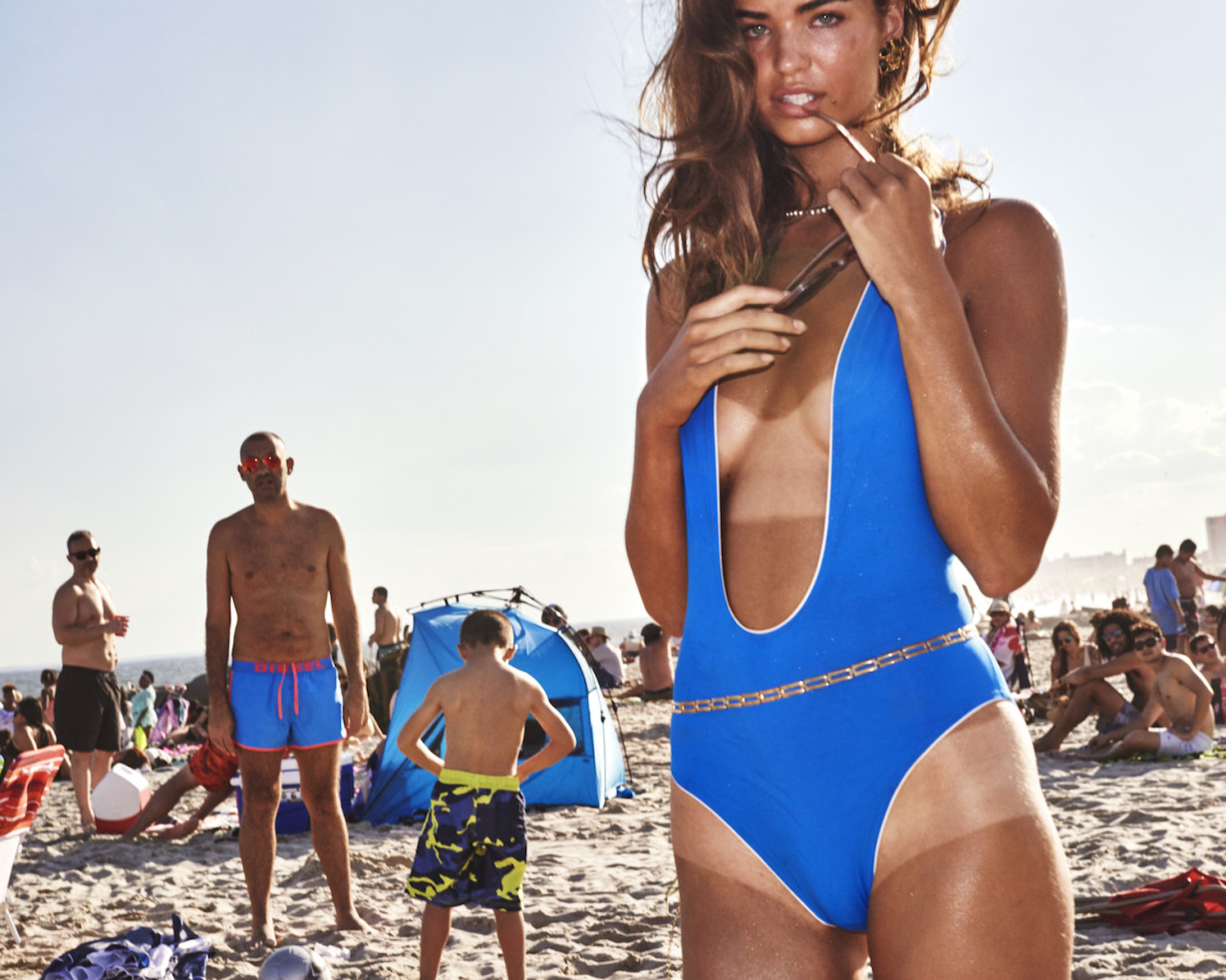 Simon Eeles is a people person, and it shows. In his new book Far Far Rockaway, an ode to the skinny peninsula situated along the south shore of Queens, the Tasmanian-born photographer and former assistant to Craig McDean embraces his flair for composing images that are deliciously raw and unbridled in their artistic candor, plucking eccentric locals from their sunbathing outposts and sharing them with the world beyond the boroughs. “If people are already in their bikinis, they’re easier to approach and photograph,” Eeles says, “because they’ve already taken one more step towards being intimate.”

Perhaps it’s this logic that draws him, again and again, to coastal communities. After being named Young Photographer of the Year by Harper’s Bazaar in 2009, he returned to his native Australia and compiled a series of ethereal, light-drenched portraiture for his début book Australiana, released in 2016. As he embarked upon his most recent project, Eeles sought a similar goal in terms of his minimalistic approach to the craft, crediting his fabled mentor for his deliberately subtle style. “Craig gave me an education in a more fundamental type of photography,” he explains, “which is the ability to take things away instead of adding, to problem solve.” This philosophy leads Eeles from one project to the next, as he aims to become “a more social photographer,” maintaining the goal of “not diluting the message of the character within an environment.” In his new book, his new cast of characters ranges from potbellied beachgoers with the hardened expressions of your high school sweetheart’s father upon arriving at her home for the first time all the way to fabulous women with delightfully uneven suntans and crudely drawn tattoos, one of which reads “BEER” and hides behind her lower lip.

Despite his extensive time getting cozy with the local community, Eeles divulges that he has not, in fact, ever taken a dip in the water. “I love the Rockaways, but I wouldn’t swim in the water,” he admits. “My mate went swimming and said that there were nappies floating. That’s my message on the Rockaways. It’s a shit beach.”

Jokes aside, his affinity towards New York—even as he begins this next chapter in his new hometown of London—is highly evident in the photos he takes and the love letters they write. “This project is attributed to my time in New York,” he says. “This is New York for me.”

Far Far Rockaway is out now. Pick up your copy here.