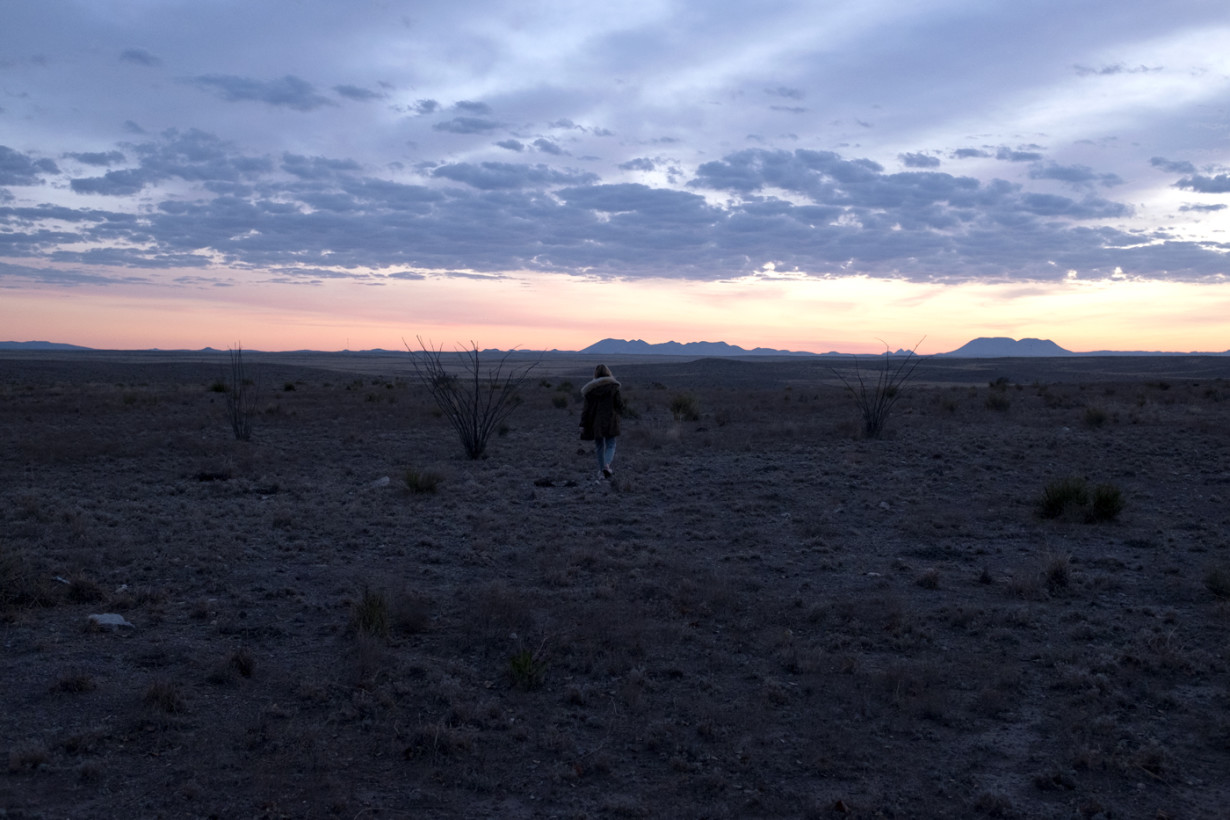 Text and photography by
Magnus Berger

I have a confession to make. After living in America for over fifteen years, I don’t think I had actually seen it until last weekend. Yes, I’ve lived in New York and spent time in Los Angeles, gone up and down the coasts and made some rare inland visits, most of them work related.

It wasn’t until visiting Marfa, Texas, that I really saw the America that drew me here in the first place, the open, dusty, faded landscapes with the big skies from the road movies and jeans commercials I grew up with that subsequently got me here. In all honesty, New York was a big pull too, but as Bowie sang, “This is not America.”

There are many ways to get to the high desert town of Marfa. Most of them include at least one plane ride and a few hours’ drive. Staying only fifteen minutes outside town in an Airbnb, I found myself wishing the drive to Marfa—in our Buick ’81 rental equipped with La-Z-Boy-ish seats—was longer. And before I knew it, I realized that driving could be something more than just getting from A to B. And that’s pretty American.

Marfa, with a population of about two thousand, was made famous by artist Donald Judd and his Chinati Foundation, which in the Seventies established a number of site-specific art installations of his own work as well as some made by his friends Dan Flavin and John Chamberlain on old US military training grounds. Apart from that, the town is also known for serving as the location in the 1956 classic Giant, with James Dean, Elizabeth Taylor, and Rock Hudson. And as Tom Ford informed me the other day, he used it for the creepy nighttime driving scenes in his Nocturnal Animals.

After being immersed in all things Judd and Marfa from a distance for an upcoming WSJ. Magazine story, I finally went for a long weekend for Marfa Myths, a four-day music and arts festival organized by Brooklyn-based record label Mexican Summer’s Andres Santo Domingo and Keith Abrahamsson in collaboration with Ballroom Marfa (founded by Virginia Lebermann and Fairfax Dorn), a nonprofit organization and arts space.

Visitors seemed to have come from all over, with Austin holding a slight edge in representation, and many stayed either at the new Hotel Saint George or at the Liz Lambert-designed campsite El Cosmico, which is about as boho-psychedelic-chic as it gets. I don’t know if it was the art or the music, the landscape or the high altitude (Marfa sits comfortably at 4,685 feet) that got me—or perhaps a combination of all four. But I had a beautiful experience that keeps lingering in my mind and I can’t wait to go back.

Text and photography by
Magnus Berger