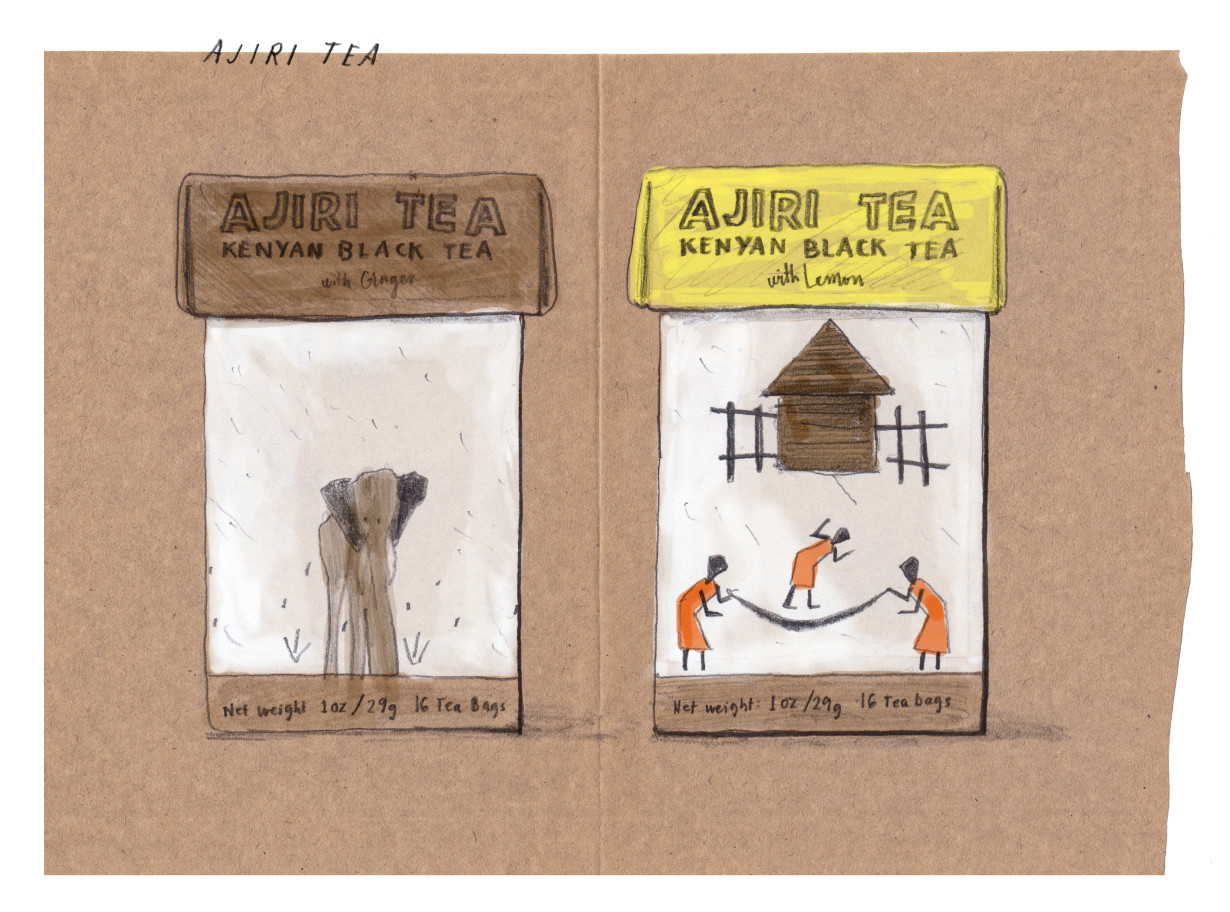 Sisters Sara and Katie Holby have a close, intimate relationship with tea. Their company Ajiri Tea is a for-profit, yet donation-focused, organization that is based out of Kenya, a nation that has always been an important part of their lives. Their mother went to school there in the Seventies, and when Sara studied abroad there during college, her interest in the country and its people deepened. After college, she began working for an NGO that helped HIV/ AIDS victims. With the economic collapse, however, funds began to diminish, and Sara recognized the need for a different type of structure that would help to support the people of Kenya.

Ajiri comes from the Swahili word ‘to employ.’ Founded in 2008, Ajiri Tea supports a community in Kenya by both employing women and supporting local orphans by funding education. Their business model is simple: tea and coffee are purchased from local co-ops, custom packaging and artwork are created by the women they employ, then the tea is sold and distributed to stores, mostly in the United States. The majority of the proceeds are returned to the town of Kisii in Kenya to support the education of those orphans in the community, and the focus of the company lies in its strong connections with the townspeople.

At the heart of Ajiri Tea is the women who make the packaging, over half of whom have been working with the Holbys for over six years. Sara and Katie have seen the impact on the lives of these women and the sense of community that has been built from their working together, to the extent that many of them have begun to invest in one another, giving up parts of monthly salaries to aid other members in larger purchases or projects. “It is neat to see these group dynamics and the trust they have in the relationships they’ve formed,” says Sara.

The sisters also maintain very strong relationships with the students in the Ajiri program. Students ranging anywhere from first through twelfth grade receive full financial support along with any of the supplies they may need for school. Sara speaks of three recent graduates of this program who now all attend university and are helping to bring the program full circle. “It’s so exciting and crazy to me to have known them as fourteen-year-olds and now see where they are,” she says. “They want to give back. It was their idea to be mentors, asking what they could do for the younger students. It speaks to the program not just focusing on education, but instilling in them [the desire] to be good citizens.”