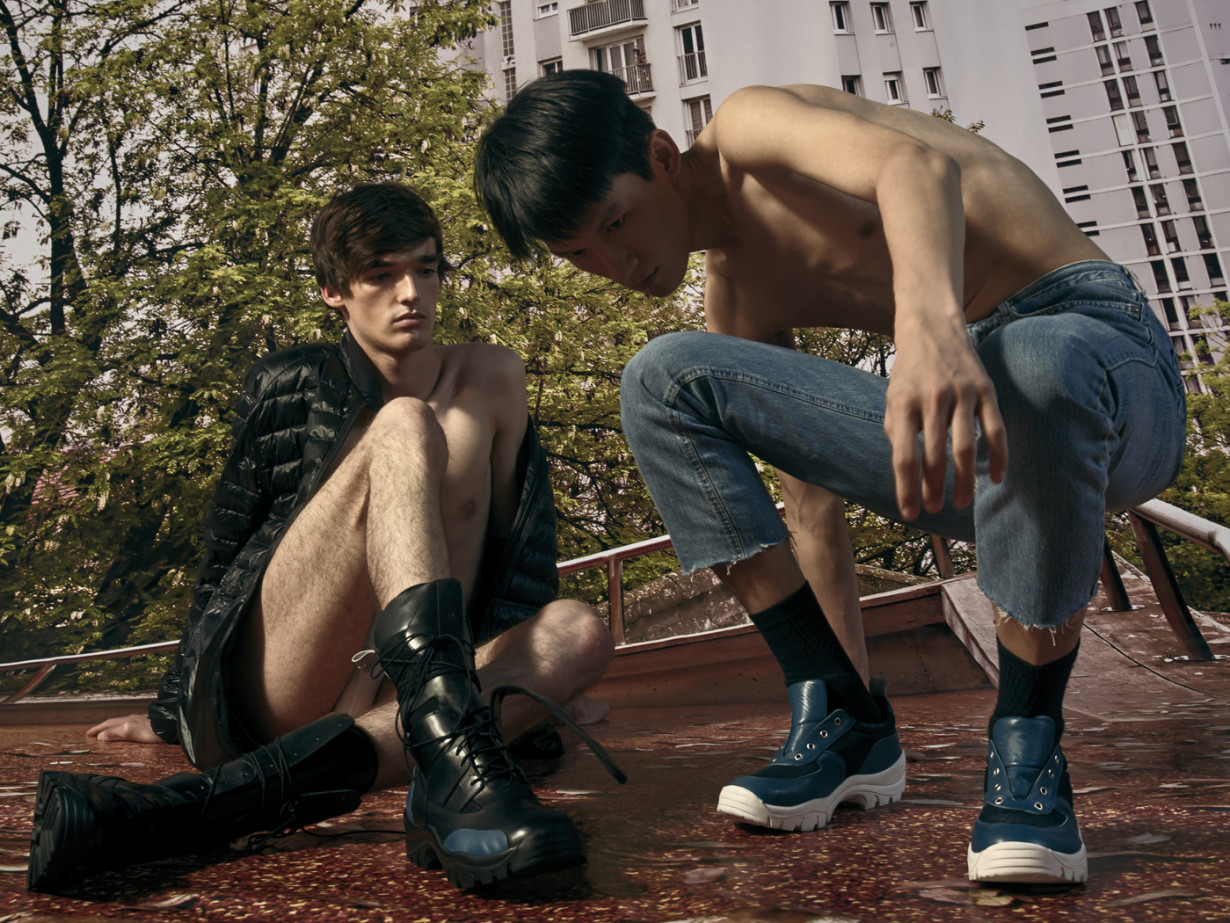 In the hands of both expensive designer brands and knockoff, fast-fashion remakes, quality is often bound by style. Parisian design label Arpent strives to become a rare outlier to this unfortunate circumstance, meshing a high-fashion æsthetic with military durability and sportswear maneuverability in its début men’s footwear collection for Spring 2017. “We’re trying to create this new image that applies both to older generations and younger generations,” cofounder Sara Rangchi explains. “The same shoes you play basketball with you can wear at an important dinner—that’s what we’re trying to go for.” Their initial eighteen-piece collection prides itself on carefully chosen Italian leathers and production in the Marche region of Italy.

While founders Rangchi and Raphaël Brisson, twenty-two and twenty-one years old, respectively, cite influences that range from Raf Simons to Dries Van Noten, they are adamant about representing the direct influence of the city that surrounds them, having first met while clubbing on the outskirts of the tenth arrondissement. “That’s where it all started. It was all about the young generation in Belleville,” Brisson says, referring to the neighborhood in northeastern Paris. The lush avant-garde fashion of the nightclub attendees they saw there wearing ski masks and sticker-covered apparel continues to inspire them today, as they look to produce a genuine homage through footwear that also maintains quality in its essence.

Arpent will be available at ODD., New York, and the Broken Arm, Paris, in February 2017. For more information, please visit ArpentStudio.com.