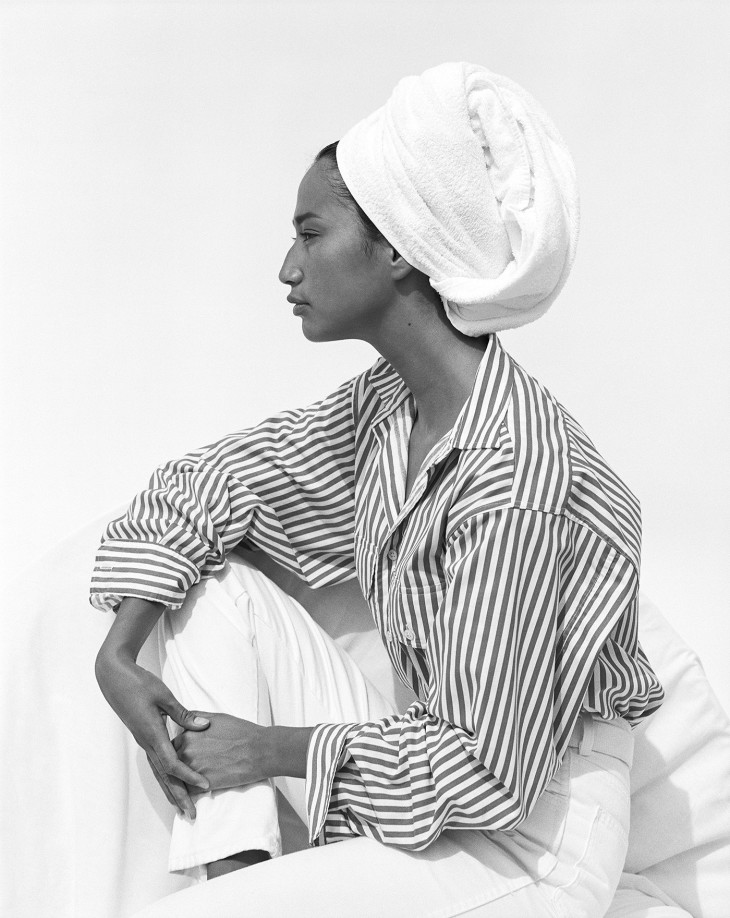 The endpapers of legendary fashion editor Tonne Goodman’s new book, Point of View, feature an image of a red Charvet silk scarf with a white “Cheerio” print. She’s often seen with one tied around her neck; it’s the one bit of flourish on her otherwise modernist signature look of a black turtleneck, white jeans, and black loafers. It’s also a subtle hint that this book is something much more personal than simply a survey of her long career, although it serves that purpose, too.

Point of View features recollections of her childhood, brief modeling career, love life, and family, in addition to images from some of her most memorable photoshoots for the New York Times, Harper’s Bazaar, Calvin Klein, and, of course, Vogue, where she was the longtime fashion director until last year, when she took on the freelance role of contributing editor.

Considering the breadth of her work, the selection of images presented in the book is remarkably cohesive. “I hoped to give an overview of the work from the earliest to the latest, the evolution of the imagery as I progressed through my career,” she says. “I’ve had the opportunity to work with so many incredible photographers and editors—more material than one book could handle.” Of her time at Vogue, she writes, “I was to capture the modern woman, with a special emphasis on the covers”—and covers she did. The book features gatefold spreads of her many cover shoots, as well as full-bleed editorial images that capture her distinct gift: the ability to simultaneously exalt the everyday and ground the aspirational. Some of her most magnetic orchestrations include Beyoncé’s dreamlike yet incredibly down-to-earth cover shoot for September 2018; Sienna Miller’s Roman photo shoot, as illuminated in 2009’s The September Issue, which felt at once cinematic and breezy; and all three of Michelle Obama’s Vogue covers, each of which captures the former First Lady’s unparalleled poise and humanity.

Point of View is organized chronologically and includes Goodman’s family photos and personal ephemera, like her high school yearbook page, which features the heading “Margaret Tonne Goodman.” She explains: “I’m named after my Italian maternal grandmother, Margaret Tonne. I have always been Tonne.”

Page after page, as Goodman reveals more about her life, it becomes clear that for her, the personal and professional are inextricably linked. In 1993, when she was pregnant with her son, she spotted an image in the New York Times of a Manhattan rooftop lawn being mowed. She knew it was the perfect place for Peter Lindbergh to photograph Amber Valletta, dressed in white and wearing angel wings, to create an image far more transcendent. “The events of my personal life inform the pictures I’ve done,” she says. “Everything that’s happened to me is reflected in the imagery.”

Near the end of the book, among the photo credits, Goodman explains her affinity for Charvet scarves. Her first was a gift from her friend Nicky Vreeland (grandson of the legendary Vogue editor-in-chief Diana) in 1973 and it’s been her favorite ever since. “To this day,” she writes, “it has become the signature of my point of view.”

Point of View is out now. Pick up your copy here.