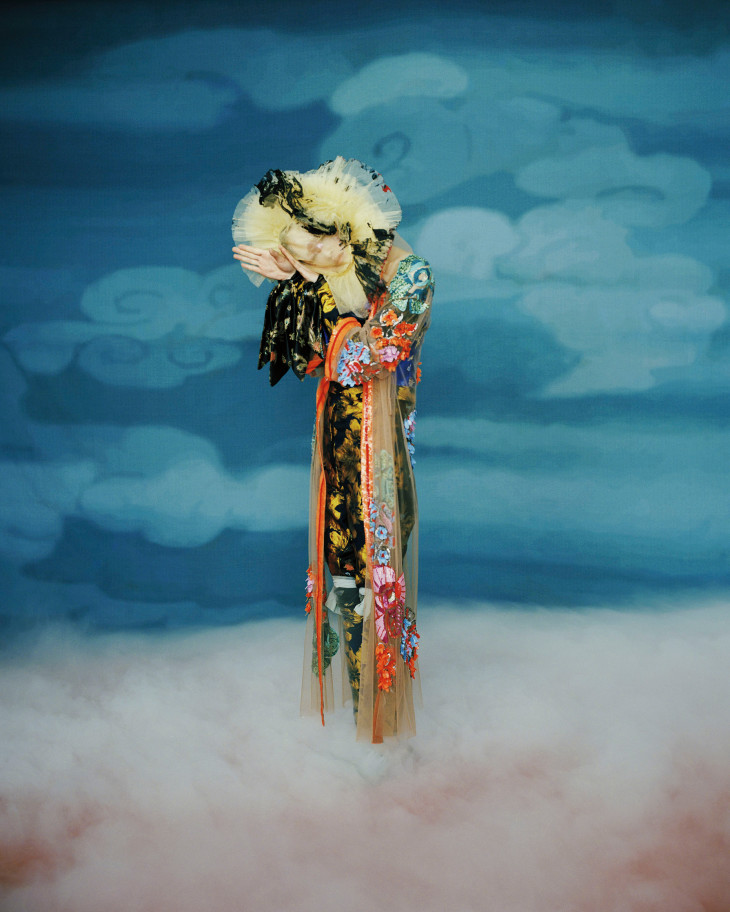 When fashion photographer Peter Ash Lee shot a commissioned beauty story for Allure on monolids (characteristic of Asian eyes, monolids do not have an eye crease), he didn’t fully realize the impact the story would have on Asian women. “When the story came out, they accompanied the photos with people writing in about their experiences, not seeing themselves represented in beauty and perhaps not feeling beautiful because they don’t have that double eyelid that everyone does,” he says. “That’s what you see in makeup tutorials, in ‘how to do your eyes’ and such, and my sister called me up and said, ‘Hey, I just saw that story you shot and it brought me to tears,’ and it made me realize just how powerful it is to be seen and to be represented.”

Now, over a year later, Lee has partnered with his sister Hannah to launch a new magazine called Burdock that’s aimed at celebrating multi-dimensional Asian-American experiences. “I think I just kept waiting for so long,” he says, “I almost didn’t feel qualified and I kept thinking, ‘Oh, I’m sure someone will do this, someone will make a publication for us, someone will start making more movies, telling our stories,’ and then it wasn’t happening. And I thought, ‘Well, we’re not going to get it perfect but it’s important for us to at least try.’” Each biannual issue of Burdock will be thematic, with future plans for a family issue, a love issue, and a sports issue, all with the aim of capturing the richness and depth of Asian-American culture. Named for the root vegetable often found in Asian cuisine, the premiere issue of Burdock is aptly titled “Celebration” and within the pages are stories about inspiring Asian-Americans who have excelled in their fields, including fashion designer Phillip Lim and author Min Jin Lee. Actor John Cho serves as the perfect cover subject for the inaugural issue—as an actor he’s broken from the old Hollywood stereotypes of Asians only portraying asexual best friends, doctors, and stoic servants and has gained recognition for pushing the limits of how Asians can be portrayed, showing the roundness of characters in everything from a stoner in the Harold and Kumar series to the romantic love interest of Haley Lu Richardson in the Spirit Award-nominated film Columbus. In 2016, he unwittingly became the focus of a viral movement on Twitter, #StarringJohnCho, which was created by digital strategist William Yu and aimed to highlight the lack of Asian men in leading roles in Hollywood by photoshopping Cho’s face onto blockbuster movie posters.

There are plans to expand Burdock by launching a podcast as well as expanding the online platform, but Lee stresses the importance of being a physically published product. “A lot of people ask, ‘Why a print publication, now especially?’” he says, “but I think there’s something very important about taking up physical space. I think if I saw people who look like me on the cover of magazines or in movies and TV shows in a way that was broader and had various dimensions, I think that would’ve done a lot for my personal self-confidence growing up. I think it would’ve changed, perhaps, the way other people treated me or even the way I saw and treated myself.” Having grown up in an immigrant family in Toronto, Lee draws on personal experience as he explains how essential representation can be for young people. “I think it’s important to see those possibilities and know that it’s possible. Even moving to New York to study photography I really questioned, ‘Am I going to be able to make it as a photographer, is there room for me?'” he says, “because I didn’t see any Asian photographers working in the industry. I’m sure there were, but none that were visible to me. Coming from Toronto and flipping through Vogue and all these magazines that I wanted to shoot for one day, I was like, ‘I don’t see any Asian names in here,’ so do I have a chance?”

There are small signs that representation in Hollywood is at least starting to shift. Last year saw the success of Crazy Rich Asians—the first film to feature a majority Asian cast since 1993’s The Joy Luck Club, it became one of the highest-grossing romantic comedies of the last ten years—as well as the recognition of Sandra Oh for her role in Killing Eve, becoming the first Asian to be nominated for an Emmy for Best Actress in a Drama. Also last year, Cho finally fulfilled the goal of #StarringJohnCho, becoming the first Asian man to play the lead in a thriller film, Searching.

When asked if he feels optimistic about the future of diversity, Lee is unsure, certain only of his ability to contribute to a new point of view for Asian-Americans. “I don’t know that it’ll completely change in my lifetime,” he says. “I think we still have a long way to go as far as race and diversity in this country, but I’d like to be a part of that change and even if we can move the needle a little bit, that would be something important. Even if we could inspire one or two young people to feel proud of their heritage and feel like they have a place in this country, I think that would be our vision and that would make all of this worth the work that we’re putting into it.”