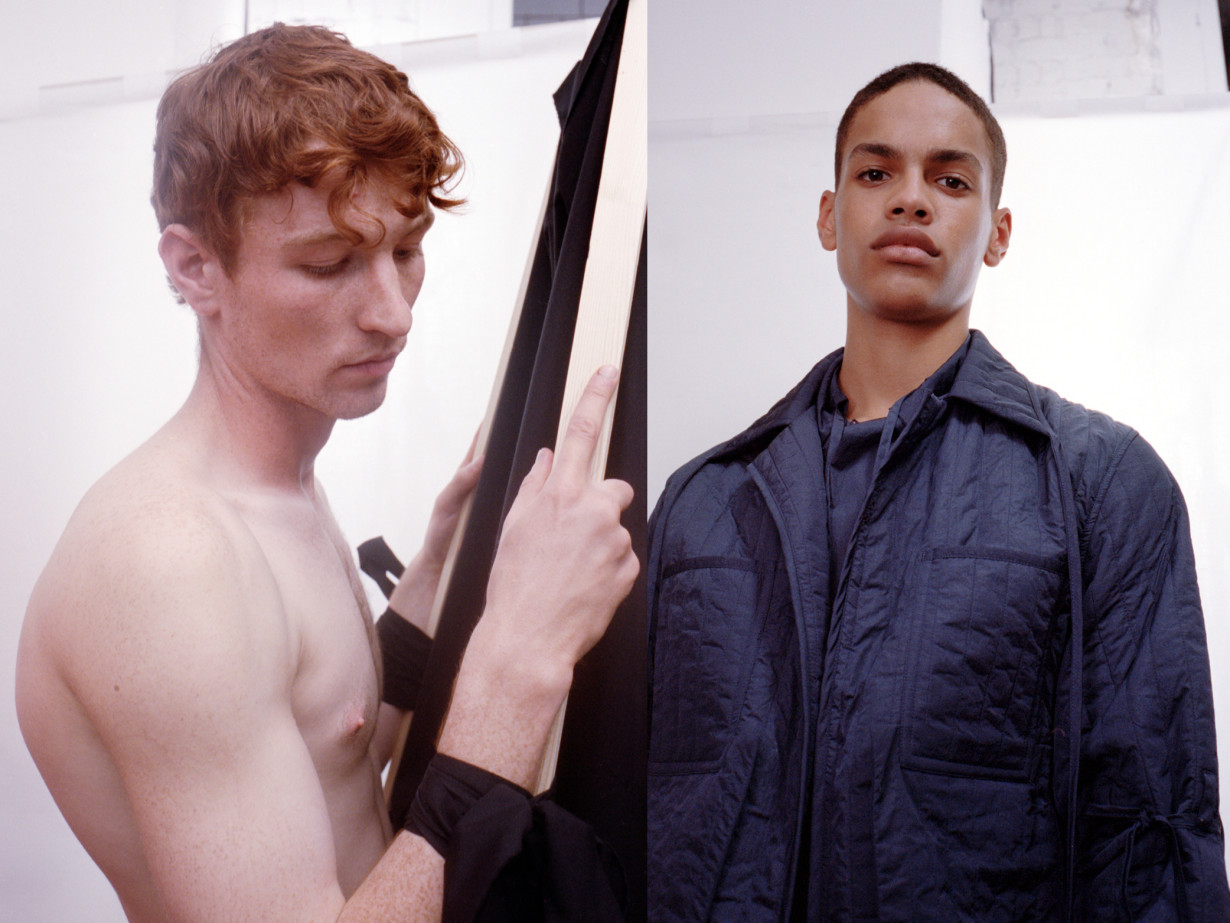 A lot can happen in only twelve months. Just ask Craig Green, the young menswear designer who went from his first solo show last June to becoming a finalist for the LVMH Prize and landing his designs in the final room at the Costume Institute’s current “China: Through the Looking Glass” exhibition to another lauded runway outing during the recent Spring 2016 shows in London. “I think I’ve aged about ten years in one year,” he laughs.

For his latest collection, shot exclusively for The Last Magazine backstage at his show by Martin Zähringer, Green went back to his roots, pulling from the workwear æsthetic he favors and reinterpreting some of his biggest hits—padded jackets cinched at the waist, trousers that flutter with long ties—in new silhouettes and vibrant primary colors. “Usually in the past, it’s been a whole new starting point every single season,” he explains, “and I think it felt right this season to look back a little while also adding something new into the mix.”

The floating banners that were a touchstone of his Spring 2015 show last year were this time remade into flags that covered the models down to their shins, with just a circle of torso peeking through, which Green explains were inspired by map markers, a way to identify a current location while also setting out a way forward. The designer says the bright hues—slightly chemical in their richness—came from an outdoorsy sense of adventure, nature seen through a manmade lens which both enriches and softens. “It was this idea of power and color,” he explains. “It was looking at those harsh colors and making them feel more romantic and approachable.”

This season found Green showing his clothing on women for the first time as well, and he says that the label plans to offer smaller sizes this season, in a nod to his many female fans who raid the men’s sections of stores for his designs. “I don’t know if it’s a sign of the times,” he muses on his appeal across the board. “Things are becoming a bit more gender neutral. There’s less stigma attached.”

It’s hard to imagine another designer who’s had a year quite like Green’s. Nick Knight shot the label’s first campaign for Fall, a vibrant swirl of energy and motion that captures the vitality of Green’s “kite dancers.” An installation in the windows of London’s Dover Street Market brought his sculptural banners to vivid life. Still, Green is modest about the whirlwind he’s survived—and tamed—since last June. Asked how the attention he has received has been, he responds quietly, “Good, I think.” All the buzz is, for him, secondary to getting his designs noticed for themselves.

As for the future, Green admits he wouldn’t mind if it all slowed down a bit, an unlikely prospect given the acclaim with which his work continues to be met. “It’s been difficult to deal with things changing and flowing,” he says when asked about what’s next. “Just having more time to go forward.”