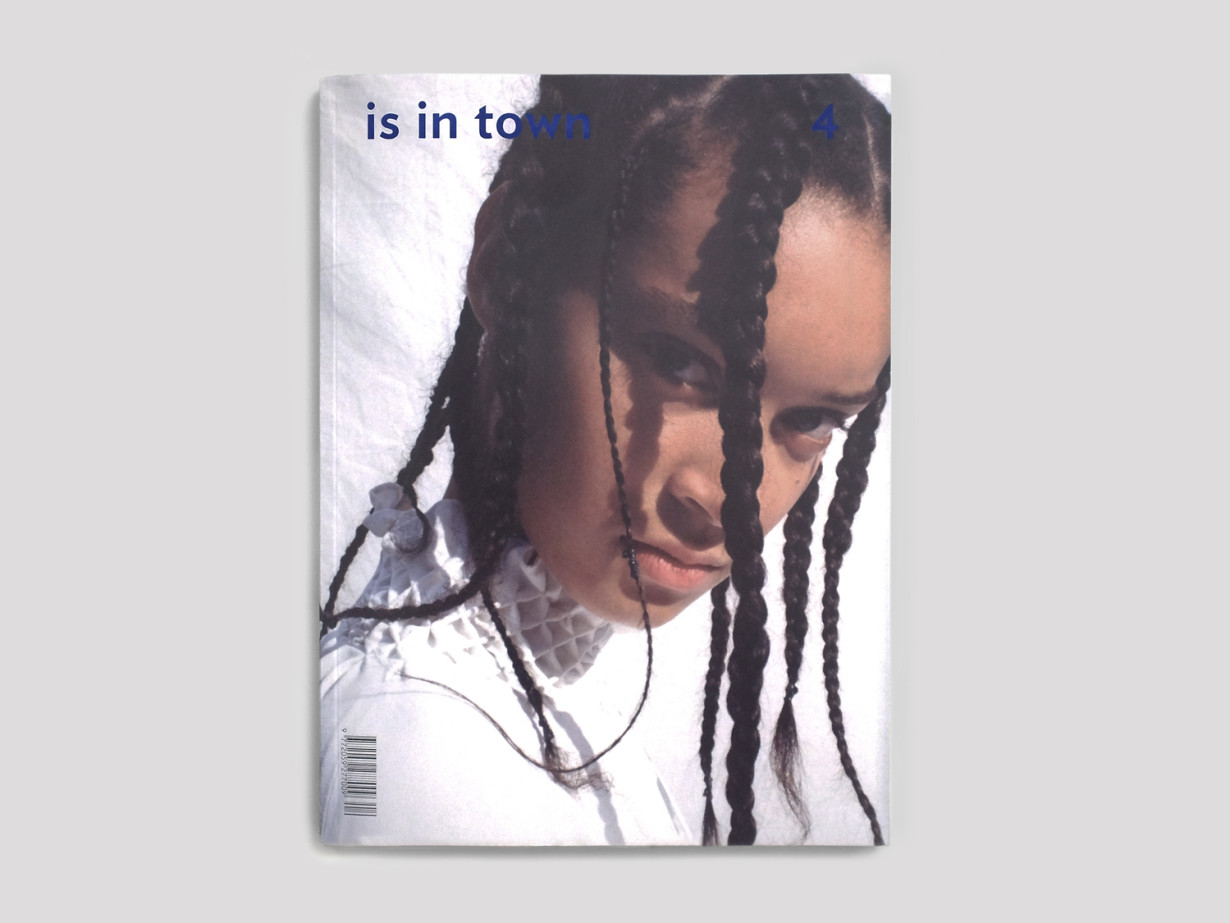 There was a time, in not too distant memory, when the landscape of independent publishing looked remarkably arid. Not now. Quite the contrary, in fact. In 2016, shelves at the newsstand practically bow under the weight of solid style tomes, distinguishable for their defiance of the sell-splattered glossy, all hazy hues and coarse chalky papers. One could make a perfect case that, far from drought, the problem we face now is how to keep the market from watering down. But the founder of Is In Town, photographer Martin Zähringer, provides impervious proof that the alternative press is as authoritative as ever.

Burgeoning titles live and die by their point of difference, and Is In Town has been flourishing left of field for four issues now, its singularity asserted by a sincere and personal tone. Its name a jibe at the industry spiel yoked to the migrating lifestyle of the model, Is In Town makes a deliberate decision to give a voice to the faces it features, inviting them into the narrative as contributors, as women. In taking this progressive stance, Zähringer steers a tricky dynamic due to his status as a male photographer, editor, and creative director authoring a female-driven discourse, but it’s a testament to the earnestness of his approach that the output that emerges is so open: a transparent two-way dialogue stirring each side of the lens.

The danger of a critical premise is that it can read as sanctimonious or condescending. Thankfully, Zähringer’s is neither. Perhaps it’s his acute sense of self-awareness that saves him from such sins—an endearing degree of empathy that comes to light when describing Louise Parker’s series “Work Pictures,” a special project commissioned for the latest issue. One image sticks out, that, as it happens, Zähringer decided not to publish. It shows three models backstage, standing in their underwear. “That picture could never have been taken by some guy backstage,” he says. “The only reason why that picture happened, in that manner, was because Louise is one of them. They knew that picture would be published somewhere, but with Louise behind the lens, it felt different. If someone else looked at that picture—someone who didn’t know the context—they would have an entirely different emotional response. They would probably see something sinister.” From the very first edition, Is In Town presented its subjects through the prism of soul; interviews were conducted as low-key conversations, with no set questions to point the path. Girls were photographed in a way that was a more faithful reflection of their age: relaxed hair and makeup, suburban environments, the stylistic elements undone so as to speak of an indifference towards the need to impress. Initially printed exclusively in black and white, the result was less like a style bible and more like a fanzine.

As it happens, Is In Town is somewhat seditious in its eschewal of a fashion director, with casting taking precedence over clothing as the plotline for the publication. It’s under this methodology that casting director and former model Ben Grimes takes deputy position on the masthead. The fact that she and Zähringer are a couple as well as creative partners imbues the magazine with a truly home-grown hospitality that, by diffusion, guides the mood of each issue. Issue four was born of an urge to take “a more circular approach,” Zähringer says, trying several times to explain exactly what he means before admitting that no words could better express the concept than the story that spurred its creation. “I’ll give you a backstory,” he says, starting into an anecdote in which he catches Grimes, now in her early thirties, looking at herself in the mirror. “She notices that she’s aging and it has an impact on her that is different than it would be for someone who hasn’t been in that industry. It’s a harder blow. I wanted to get away from this idea that, while we are essentially obsessed with youth, I also wanted to question that preoccupation. I suggested to Ben that we bring in a woman from her generation to create a sort of antidote, and see why we’re so obsessed with youth, or in fact, do people get better with age?”

And what was the answer? Let’s just say Georgia Hilmer’s introspective snapshots of Élise Crombez make a convincing case for Zähringer’s hypothesis. Styled by Beth Fenton, the intimate editorial was staged in the photographer’s New York apartment. Partway through the shoot, the three break into a spontaneous conversation, reflecting on how the fashion industry has shaped each of their world views. So poignant were the words they exchanged that the three suggested to Zähringer that they record their line of thought, transcribed as the three-way dialogue that now accompanies the images as the issue’s central feature.

It’s embracing vulnerabilities like these—the precious flotsam of chance moments—that charges Is In Town with such commendable authenticity. Far from taking the tyrannical charge of the tastemaker, Is In Town pools the perspectives of its collaborators in place of pushing the product of a one-dimensional agenda.