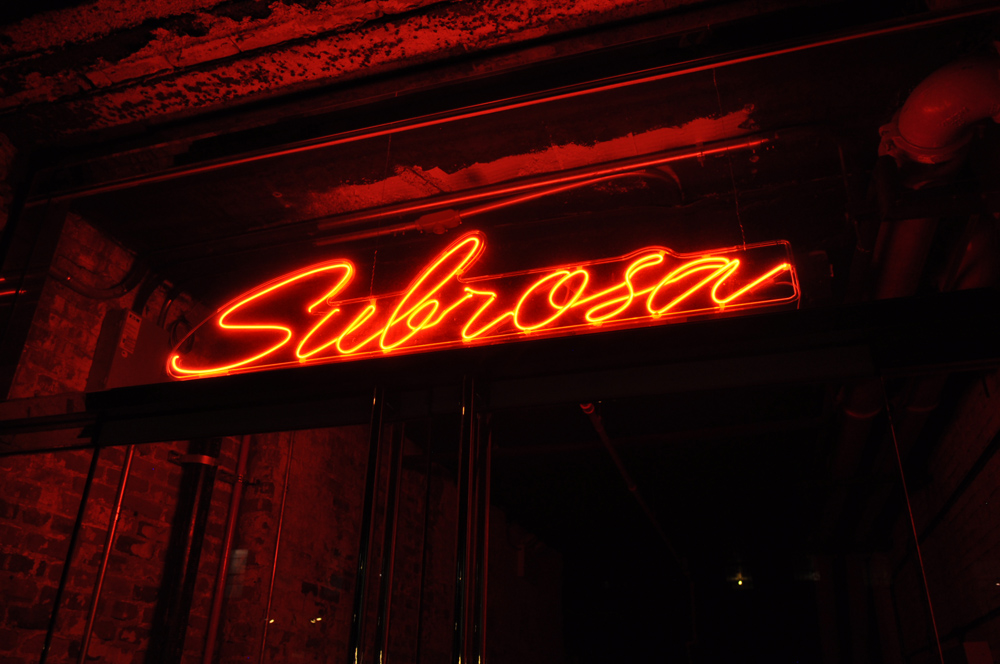 “I have always loved Latin Jazz and am so geeked out to be involved with artists at this level.”

That excitement comes from Travis Bass, a prominent nightlife figure who serves as late-night director of one of the most unique new venues in the city, Subrosa. Created with partners who own Blue Note, BB King’s, and the Highline Ballroom, Subrosa is a listening room first, offering live performances during the evening before transforming into a dance club after hours, when Bass takes over. “I feel that New York needs to go back to live music as the DJ culture has peaked and there is an oversaturation of the same thing,” he says. “People are bored. The live music/performance art space that Subrosa is feels more interesting right now.”

The turnout has reflected that, with guests showing up nightly to enjoy cocktails and small bites in the presence of an eclectic mix of global musicians, with a focus on Latin acts such as resident band the Pedrito Martinez Group. The owners’ deep industry knowledge allows them to book some of the best musical talent, while a diverse crowd can’t resist the allure of the dark and sexy environment in the heart of the ever-crowded Meatpacking District. Upon entering, the venue immediately draws you in. The landings leading into the room give a sense of space, while seducing you down into the party below. Crimson LED lights shower the room, which is comprised of red leather couches with tables (which inevitably get pushed aside for dancing late into the night), and a stage that’s put to good use. Performances begin at 8PM, and as the night wears on, different groups come and go.

“The crowds really complement each other, and a lot of my crowd comes early to catch the last show before late night,” Bass asserts regarding the shift into a late-night dance club. “Now that the Whitney has opened down the street, we are getting a whole new crowd that loves art and music as well.”

The subterranean lounge sits on nightlife-laden Gansevoort Street, where clubs have come and gone in the blink of an eye. Situated right by Santina and the aforementioned Whitney, this plot of New York is flourishing, but has been desperate for an intimate venue to play host to the artsy crowd. While Gilded Lily (where Bass co-hosted a weekly party), Up & Down (where Bass co-hosted the famous New York New York party), and the perennial eighteenth floor of the Standard are within arms reach, Subrosa sees things from a different angle. “Pretty much every night we are open has live shows,” Bass explains. “This is what makes us special and distinguishes us from the others. We are the only live music venue that has a tight door and doesn’t charge admission.”

Barely a month after opening, Bass’ distinctive vibe has quickly surfaced at night. After weeks of soft launches and private events, the club finally had an official opening just weeks ago with the Misshapes DJing and a performance by the band HITS. Nonetheless, Bass understands that this is not like any other club and is adapting to his new surroundings. That’s where his excitement shines through again. “I am finally taking salsa classes,” he jokes, “as I don’t want to embarrass myself in a room filled with great dancers.”