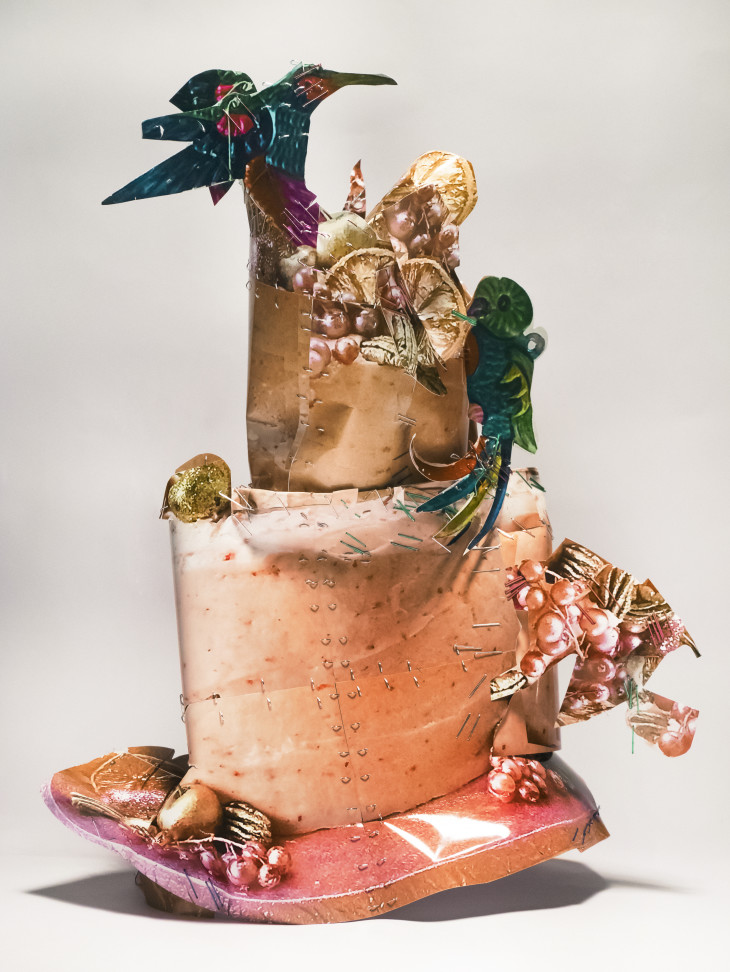 Visitors to the Columbia Road Flower Market in East London’s Haggerston on Sunday mornings may notice a sweet smell in the air mingling with the floral bouquets lined up for sale along the sidewalks. Just around the corner a block up the road, Lily Vanilli’s eponymous bakery offers fresh-baked goods, sandwiches, and sweets—pies, cakes, cupcakes, tarts, cookies, plus some more elaborate creations—to the weekend customers who swarm the neighborhood’s stalls and shops.

The cozy storefront offers an accessible entry point to the world of Lily Jones, the fanciful baker who, working as Lily Vanilli, has gone from proprietress of a small market stall to rising food-world star in just seven years thanks to the whimsical, fantastical cakes she produces and shares with her celebrity clients and her twenty-six thousand Instagram followers. Besides her bakery—only open that one day a week—Jones also counts several high-profile commissions for Downing Street, Alexander McQueen, the Saatchi Gallery, the Victoria and Albert Museum, and Elton John, among others, on her CV, along with two cookbooks, including the acclaimed Sweet Tooth, published in 2013.

Jones first gained noticed for her creations’ wickedly macabre designs—her first cookbook is named A Zombie Ate My Cupcake—which offered a refreshing alternative to the overstuffed, sickly-sweet treats perhaps best epitomized by the over-frosted Magnolia cupcakes made famous by Sex and the City. She has baked cakes resembling brains, and one ghoulishly cheeky wedding cake was a veiny, bloody human heart accompanied by a piece of white chocolate frosted with the words ‘Til Death Us Do Part.’ A singular voice in baking, Jones has since developed from the dark humor of her early cakes to a more mature style, without ever losing her inimitable charm and spirited individuality.

Guests to Jones’ bakery can get a taste of her work, but where she really stands out is with her bespoke creations. Ornate, embellished, and sophisticated—and crafted using quality seasonal ingredients—it can be hard to say whether they taste better than they look, or vice versa. For one shimmering cake, originally crafted for a birthday celebration and recreated here by the Swiss sculptor Cyril Hatt in a special collaboration, Jones started with a raspberry base, frosted it in pink, then added metallic berries and birds in a final decorative touch. The end result is too nice to eat—almost.