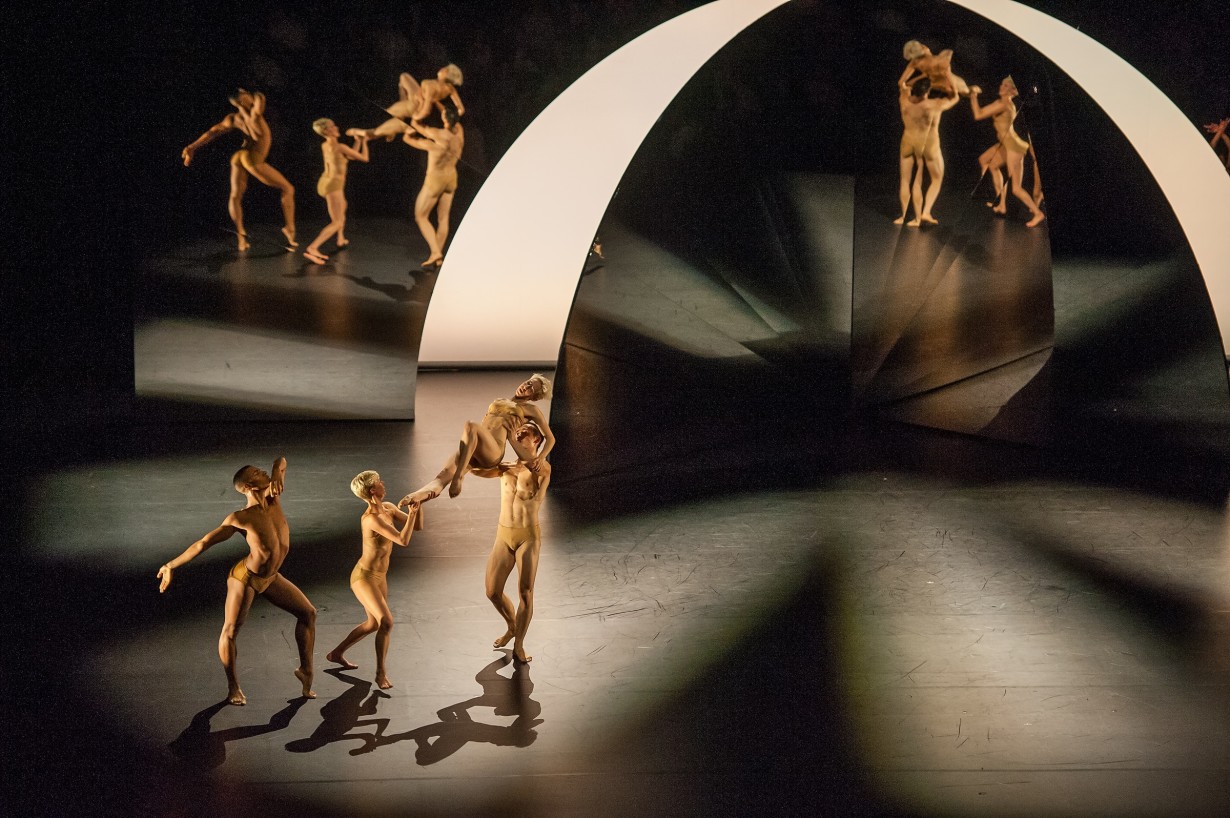 In November 2010, the author Jonathan Safran Foer released Tree of Codes. It was a work of literature, but also not, an art piece bound between two covers created by carefully incising words out of an existing book—Bruno Schulz’s collection of short stories, The Street of Crocodiles—to create a brand-new story.

There’s a similarly innovative alchemical process at work at the Park Avenue Armory this week, where a new dance adaptation of Tree of Codes by Wayne McGregor opened on Monday, with a commissioned score by Jamie xx and set design by Olafur Eliasson, the Icelandic-Danish artist whose environmental works twist perceptions and shift perspectives. The three collaborators, all standout pioneers in their respective fields, have taken less the content of Safran Foer’s book than its form and spirit to heart, producing a shimmering (often quite literally) display of passionate luminosity.

As the doors opened before the performance, a stark stage stood empty before towering risers of stadium seating, with a bright, blank wall on either side. Passing before the stage lights towards the seats, the guests’ shadows burst into a fragment of rainbows against the white background, Eliasson’s first attempt to mesmerize, and a reminder that things are always more complicated than they first appear.

The performance began in pitch darkness, and as the dancers entered, small bulbs attached to their bodysuits flickered on, and what appeared to be a shimmering sky of stars swirled and spun to glorious effect. The piece, performed by dancers from the Paris Opéra Ballet and Company Wayne McGregor, set the choreographer’s trademark hyper-articulated movement against Jamie xx’s eclectic, electronic soundscape, a whirlwind of samples, beats, instrumental parts, and deconstructed vocalizations that hinted at the style of his début album from earlier this year, on a much grander scale.

Questions of identity were at play in the piece, helped along by Eliasson’s mirrored set, which separated the dancers at times but also, through refraction, placed them on the same plane, overlapping in multiples as they crossed back and forth. Shifts in light made the audience visible at times as well, and a roving spotlight often picked out single faces floating on the backdrop above the performers, which was at once isolating and inclusive. Partnerships and groups formed and fractured, reflecting the multivalence of the soundtrack, as Eliasson’s final set piece was set in motion, spinning two circles of polarized glass that turned the stage from red to blue and back again.

There was something very apt about that first encounter with Eliasson before the show even began, as seven spotlights in varying shades combined to form a pure, flawless white. Much as it takes every color in the rainbow to make a pristine light, the combination of the creators produced a whole that was more than its parts.

Tree of Codes runs through Monday at the Park Avenue Armory, New York.