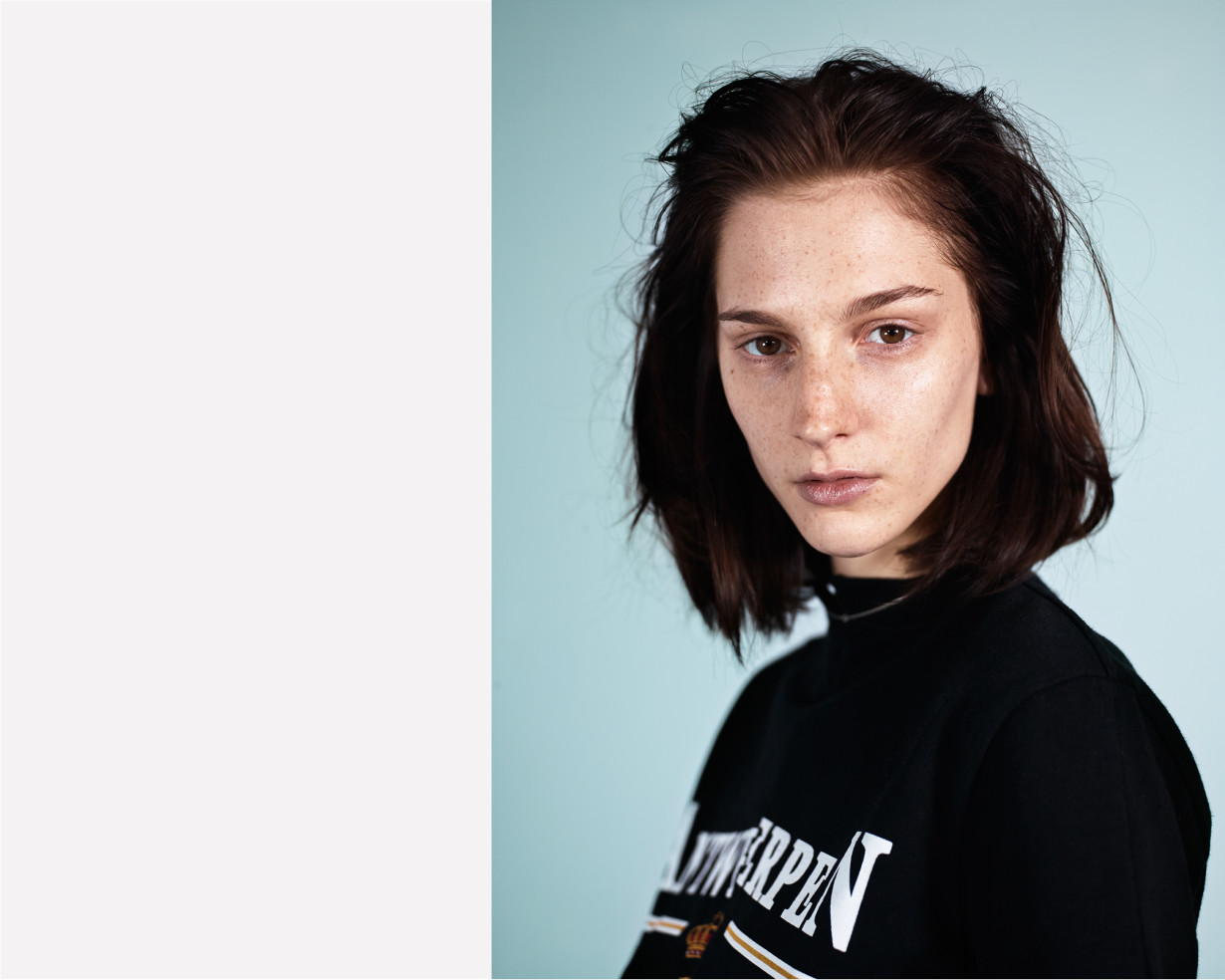 This story, all clothing and shoes by Vetements.
All jewelry by Bing Bang NYC.

By
Rosie Dalton
Photography and video by
Tyler Kohlhoff

There’s a new culture of resistance taking place in fashion right now. It’s difficult to put a finger on exactly, except to say that it has emerged from the most unlikely of settings—the longstanding traditionalism of the Paris landscape. To hear Georgian designer Demna Gvasalia tell his side of things, this shift is emblematic of fashion’s natural progression. With a CV that counts time at both Louis Vuitton and Maison Martin Margiela, this young designer is certainly no stranger to fashion’s inner workings in the French capital. “It feels like that time has naturally come for things in the industry—if not to be changed—at least to be adapted or rethought,” he explains upon returning home from a much-needed vacation post fashion week. It seems that Gvasalia might just be the man for the task, too. Or, more accurately, he and his team of seven creatives who form the innovative new Paris label Vetements.

It’s an unlikely tale, really. A group of mostly anonymous young designers, formerly of major fashion houses, decide to launch their own label alongside the storied maisons of Paris, stage their breakout Paris Fashion Week presentation in a gritty underground sex club, and manage to score a great deal of critical acclaim in the process. It doesn’t end there, either. Just three seasons in, and already this renegade collective have managed to secure themselves a nomination for the much-coveted LVMH Prize for Young Fashion Designer of the Year. This is no mean feat, especially in Paris. Widely regarded as the fashion capital of the world, it is also one of the most conservative when it comes to new talent. Yet Gvasalia makes it all seem so effortless. “We really want our clothes to be worn, and preferably over and over again,” the designer explains of the team’s creative drive. “It’s one of the most important aspects in our design process: is the garment desirable and wearable?”

In an atmosphere so fraught with the interplay between creativity and commerce, the Vetements approach feels just right. “[Creativity] is often diminished and bullied out by the ‘idea’ of commerciality,” Gvasalia says, “which is often not even needed in the oversupplied and over-consumed market.” As a result, the Vetements approach is pure and simple, yet innately original. Working mostly with recognizable silhouettes, the team injects old classics with new proportion, volume, and attitude for the modern sensibility. The Vetements muse, too, is as elusive as the brand itself. “It’s girls and women we know, who may be our friends or their friends,” Gvasalia elaborates. “It’s some women we see on the streets, at parties, or in movies. They have their own style and personality, so we try to make clothes that complement their wardrobes.” It is a stripped-back æsthetic, overall, but one that also feels conceptual. The addition of an electric blue heel on a classic patent black pump, for example, provides just the right amount of idiosyncrasy to pique one’s interest.

A lot of this has to do with the fact that Vetements refuse to adhere to the rules as we know them. “The system today dictates that we produce so many pieces in such short time,” Gvasalia says by way of rationale. “Every three months there is a ‘need’ for a full new collection, but this endangers the creative process because there is no time left to think while designing. To us, thinking, brainstorming, and analyzing clothes is an essential part of the creative process.” This energy is palpable, too. It’s there in the perfect wash of denim that is at once ageless and yet fundamentally of the now. Gvasalia explains that for his team, it is all in the construction. “Seasonal themes sometimes force pieces into a certain ‘creative’ frame that doesn’t necessarily serve a given piece of clothing,” he explains. “This actually restricts creativity. Our approach is really garment oriented—if we think that an oversized bomber is relevant and works on its own, then we put it in the collection, even if it’s the only oversized piece in there.”

It is not just seasonal themes that the Vetements team shies away from, though, but also the lure of the Resort and Prefall collections. According to Gvasalia, there is just not enough time in the year right now, and to include these collections would be to compromise their creative dynamics. This would be out of the question, as would be pandering to the fanfare of Kanye West’s and Jared Leto’s appearances at their most recent presentation in Paris. “Globalization is such an interesting, yet relative, subject,” Gvasalia muses. “It’s part of our everyday life—we do use social media, we sell in stores online. However, we are based in Paris. We live here, we work here, and we reflect our daily life and experiences in our work.” It is very much about authenticity for this young design house, and it is for this very reason that their creative spark has proven so magnetic.

Don’t be deceived by Vetements’ quick succession of accolades though. This has not been a journey without its complications. “I wouldn’t even know where to start,” Gvasalia says of the many difficulties that come with disrupting Paris’ established milieu. Challenge doesn’t seem to bother this designer, though, and one gets the feeling that resistance is a necessary part of the process. “It is still a very motivating and inspiring place to work from,” the designer insists. “[Paris] has many benefits as well, so it’s a good balance of both.” And as Gvasalia himself puts it, “there is definitely the wind of change in the air, which will surely bring some freshness to the fashion industry.” If the label does go on to win this year’s LVMH Prize, he says it will open a lot of doors for them in terms of increasing understanding about their work—not to mention the all-important advantage of financial security. Irrespective of the outcome, though, you can rest assured Vetements will continue to push boundaries and take us out of our comfort zones, all the while delivering an æsthetic so inherently wearable, we’ll forget it wasn’t always our own. After all, ‘Vetements’ is simply ‘clothing’ in French, and that’s all part of the attitude.

By
Rosie Dalton
Photography and video by
Tyler Kohlhoff