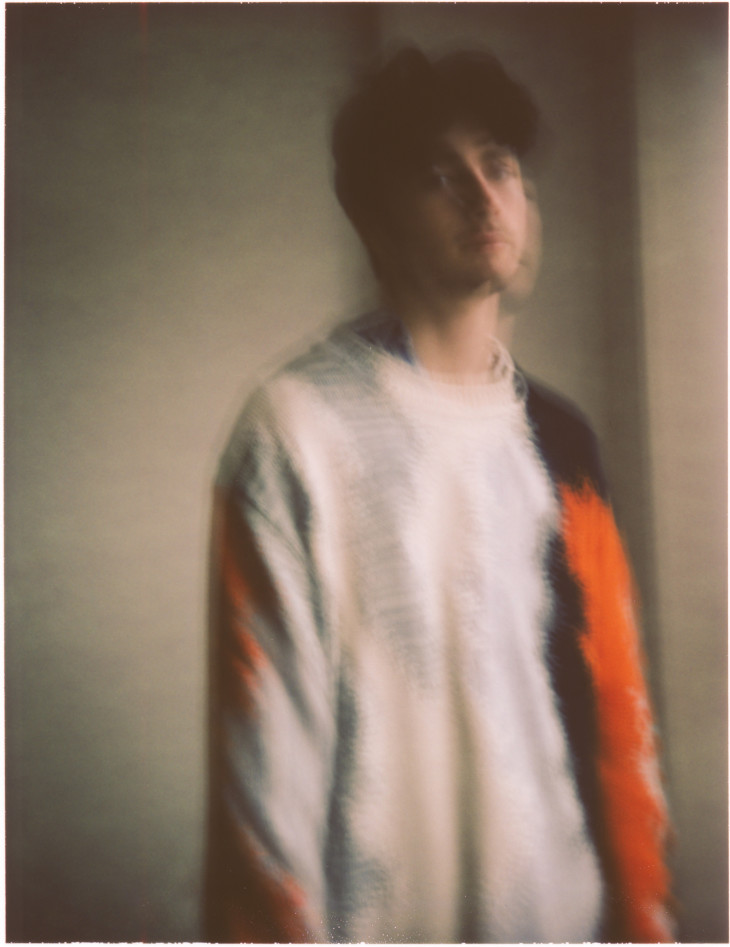 It should come as no surprise that an up-and-coming artist is excited at the prospect of getting the word out about his music—but sixteen-year-old Alfie Templeman is excited about everything. After speaking with him, it’s hard not to come away convinced that he is not only the nicest musician ever but also probably the politest person you’ve ever come across.

The talented multi-instrumentalist is based out of Carlton, ninety minutes north of London in Bedfordshire, where he still lives with his parents and where he recorded all of his tracks to date—including his latest single “Stop Thinking (About Me)”—in his room after school. His sound is charmingly indie, with psychedelic-hued moments drawing from eras the young Templeman hasn’t lived through. His interest in rock music shines through in his attention to instrumental performance: He also plays every instrument heard on his songs, including those on his first EP, Like an Animal, from last year. Growing up in a family of musicians, Templeman received a guitar from his father on his eighth birthday and has been playing it ever since. “My dad is an avid collector of guitars,” he explains, “so I used to go around picking them up and playing them all the time—but he’s left-handed so playing them upside down was really difficult until I got my own.”

Entirely self-taught, Templeman soon picked up drumming and then began to “make CDs” with his friends at age ten. Those same friends now serve as the backing band for his live shows, which started off as “little gigs” but have been moving into bigger venues of late as he supported Sundara Karma in Birmingham and Southampton and played his first-ever London show at the legendary O2 Academy Brixton earlier this month. “I think it’s one of the most important things,” he explains, “having a connection with the people that you work with in the future. For touring, that’s really important for me.” This standard remains true for Templeman in recording also, as his first guest performer will be his twelve-year-old sister, who plays the trumpet on his forthcoming EP. Sweater and scarf by Jil Sander. Shirt by Andreas Kronthaler for Vivienne Westwood. Trousers by Kenzo.

After years spent making albums after school with his friends, Templeman ventured into creating music by himself just over two years ago. It was then that his work began attracting attention. At age fourteen, he started uploading his songs onto Spotify on Fridays, timed to New Music Friday, and got picked up on their “Discover Weekly” playlist. Since then, he’s signed a record deal with Chess Club Records and released his first single, “Orange Juice,” and the five-song Like an Animal EP last year.

All the while, Templeman has also been focusing on his GCSEs and finishing school, finding balance by “focusing on school in school and focusing on music at home.” He says he enjoys his studies—which isn’t really a surprise, as he seems to enjoy almost everything he does—but after graduating, he plans on focusing on music full-time, a decision he made when he was around fourteen and something he knows his parents are “really happy about,” saving him an often-dreaded conversation. “They’ve always known that I wanted to do this—probably even before I did—and that I’m really devoted to making music,” he explains. “They’re the ones helping me keep the balance as well: not going too far, not doing too many gigs while still in school, and knuckling down to work on my homework.”

While he’s already perfected his unique blend of what he calls “indie RnB,” Templeman wants his listeners to expect to be surprised in the future. “I think people should know that there’s going to be a bit of change, not just throughout my career but also with each song you’re going to listen to,” he says. “I could write a pop song tomorrow, who knows? So expect change.” The warning rings true for the new “Stop Thinking (About Me),” where his signature indie sound is further explored in a more upbeat and R&B-oriented direction. This particular shift, Templeman explains, came from his recent angsty and frustrating experience with love and dating.

As a young artist, Templeman is excited at the idea of fans coming on a journey with him as he “figures it all out” and “finds his roots.” This path will include a new EP soon, some exciting upcoming tours, and “hopefully a brilliant album,” he says. “I’ve liked making albums in the past so I know that with the team I’m working with now, we will do some great things.”

Templeman has already been confirmed for three major British music festivals this summer: The Great Escape, Field Day, and Truck Festival, but the teenager’s exciting future plans do not mean he will be leaving home anytime soon. “Basically everyone I know is here in Bedfordshire and I like the fact that it is not too busy,” he explains. “In the summertime, we all get together and jam out a bit. You can concentrate on things and it just works for me. It always has. So I think I’m going to be here for a while yet.” Sweater and scarf by Jil Sander. Shirt by Andreas Kronthaler for Vivienne Westwood. Trousers by Kenzo. Sneakers by Fila.