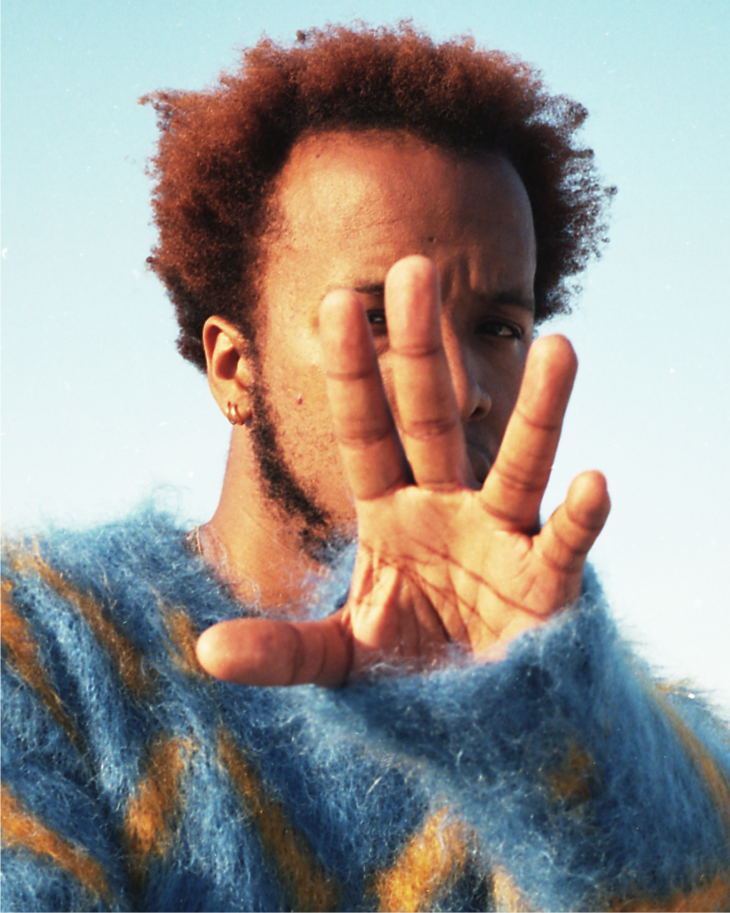 Cautious Clay—or Joshua, as he introduces himself—is one of those rare humans who actually quit his day job to pursue a risky endeavor. While this narrative isn’t new, it never ceases to inspire the broader public, the mere mortals, to do the same. Or at least introduce a little more joy into their lives, if a full-time-joy job isn’t feasible.

“Persistence,” he says, hands folded in his lap as he sits in his brownstone’s backyard. Persistence is what it took. He quickly transitions to his Enneagram type. As he unpacks his personality in a useful shorthand anyone can look up (Type 5), a late-summer firefly glints just beyond his head, as if to reaffirm his key qualities: obsessive and creative, two traits, which, put together in the right petri dish (that’s Brooklyn, in this case), blossom in a way only lilies do. “A lot of times in the music industry, there are a lot of people who would do a lot of different things,” he explains. “I was lucky enough to be really good at a lot of things.” Growing up in Cleveland, Joshua Karpeh was exposed to many pursuits. His parents supported the various creative whims of a teenager, resulting in a Swiss Army knife of a twenty-something adult. People used to only call him to play saxophone or to make a beat. His first instrument was the flute. And his favorite authors were E.E. Cummings and Zora Neale Hurston.

Karpeh has never formally trained vocally, except for a class he took during his senior year of college. “I sort of discovered I had a good voice in the last three to four years,” he says with a shrug. “That was really my first awareness because I was mostly just a producer and instrumentalist, so I spent a lot of time investing in that side of the creative process.”

Karpeh is probably best known for his début track “Cold War,” on which his graceful falsetto echoes through insightful lyrics that usually revolve around relationships. With intimacy. With power. With social media. With himself. A deeply personal, poetic track, “Cold War” was the song he quietly released on Soundcloud in 2017 and led to much fanfare. “People did not see that coming,” he says. “My mom did not see that coming.” More focused on walking the walk, Karpeh recounts how he’s always been understated about everything he does. Only recently, he says, has he gotten better at “marketing.” But in ways, his creative process is not unlike advertising.

He begins with a concept, or what he calls the “need to convey something.” Then he works through it lyrically until it makes sense. Production (which he also does himself) is engineered around his voice. Simplicity is what his body language appears to project, but the output is a rich arrangement of minimalist beats and warm instrumentals, not unlike the memory of a lingering hug—or, weirder, giving birth. “I got a message [on Instagram] from this woman,” he recalls, “who had said she put on ‘Cold War’ while she was in labor.”

According to his Enneagram type, a 5 wants to be “useful” (Karpeh’s words). Being forever a part of someone’s life, like the son that was born to his music, is just one way. “I just want to do something with what I have,” he says simply. “I’m definitely not going to hold a day job because I got fired from almost every one that I’ve had, so I’m going to do this music shit really good.”

But it’s not all, as the opening line of “Cold War” describes, yellow-tinted lenses and pink gelatos. On tour, Karpeh worries about the kind of fanbase he’s attracting. He was performing in Nebraska, for instance, a deep red state. The audience sways along to a pretty song, but are they actually listening? “Everyone seemed great, but I don’t know how much people are actually taking in what I say sometimes,” he explains with what appears to be a complex microexpression of discontent and gratitude. Surrendering to the elusive thought, he hints at new music with rougher edges. Gun violence. Commodification. His work is still in the idea phase, but Karpeh’s Type-5 track record almost guarantees a quick, thorough turnaround.

His latest release “Erase” already shows signs of a personal reckoning befitting of uncertain times. Ever the humorist, Karpeh croons, “Erase my social/Deadpan, politic, cut you right out of it, meantime/Money was good, kept the fences high/Call it dirt cheap, this American life.”

The pursuit of authenticity, futile to the boomers who first raised those picket fences, does make for great songwriting. After all, the erasure of an identity wrought with historical oppression is a radical act. To be known for yourself and your music first—isn’t that a useful thing?