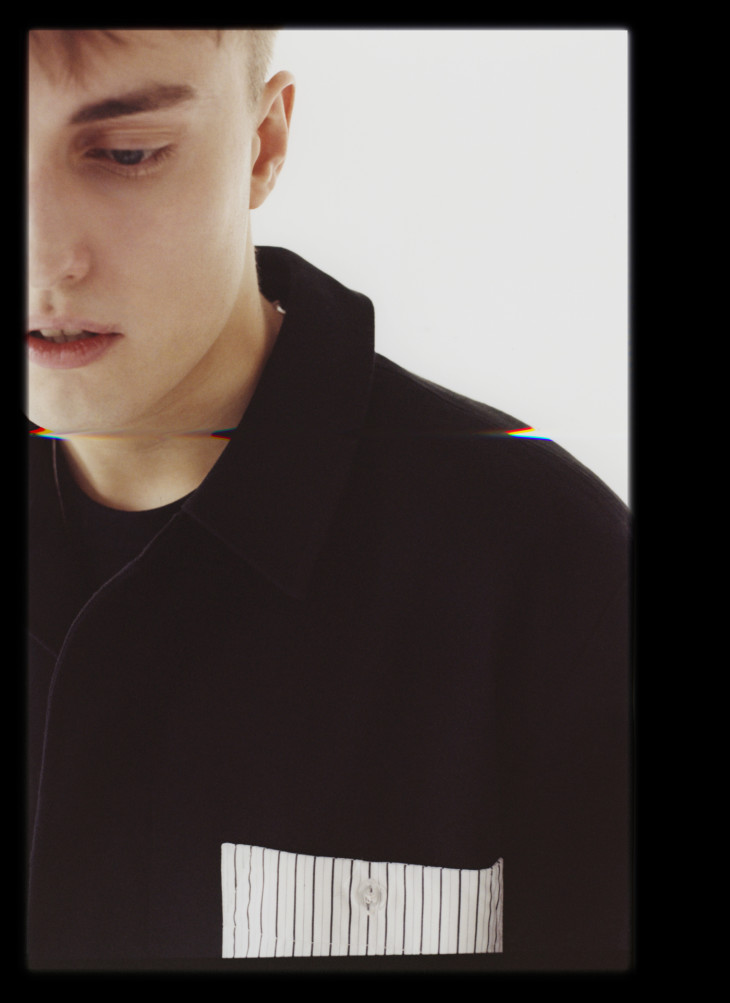 The launch code was input on September 13 and, ever since, Hypersonic Missiles has been flying around the world, conquering sovereign airspace. Sam Fender now finds himself where all successful British breakthroughs naturally end up: a press office in New York. Also in the office are a “really cool dog called Cheeto who apparently doesn’t like men,” he laughs, and a fridge full to the brim of bottles of wine (as yet untouched), apt companions for Fender to share his thoughts on his début album.

So what was it like to record an album in a shed that was built from scratch and almost wiped out all his managers’ savings? Fender breathes a sigh. “Urgh, relentless,” he says. “Proper, absolutely relentless.” But if that makes it sound like a slog, it could just be instead a projection of his current schedule: the insane touring, manic media interactions, constant social media use, and his newly found fame. When he reminisces about recording the album’s second song, “The Borders,” for example, he gives off the impression that the experience of recording was, at least in moments, “fucking magic.”

“I wrote [‘The Borders’] about a year-and-a-half ago and just went into the studio and figured out this one synth sound,” he recalls. “That was the start. I picked up my guitar, plugged that in, put a chorus pedal on, put a capo on it, and just fucking found the chords and everything that happened on that song just fell together in two days, completely organically—the saxophone solo, everything. It was magic.” “The Borders” takes a page straight from Springsteen’s tradition (whom the younger musician cites as inspiration), but the comparison is clichéd, obvious, and irritating for Fender. He is no English Springsteen because they are two entirely separate people creating music in different ages and different countries with different backgrounds. “The Borders” is a screaming, shaking wail of circular family dramatics and generations that repeat; it is an overtly English hometown shout—the sort of stuff the Arctic Monkeys used to sing about.

Dean Thompson, the lead guitarist, is helping out with interviews due to Fender’s voice needing to recover. He describes the whole process of the album creation as “kind of grassroots stuff. Rather than getting in the big producer and going to the crazy studios, we just wanted to keep it all North Shields, where we live and we’ve kept the same guys on the team. Everything was recorded in our hometown by the band and Sam and [producer Bramwell Bronte] and I think that’s why it sounds quite unified, from the EP days.” Shirt by Loom, from Urban Outfitters. Jeans by Levi’s. Shoes by Dr. Martens.

The album’s third song, “White Privilege,” hauntingly repeats, “I want to be anybody but me,” echoing Billie Eilish’s song “idontwannabeyouanymore,” which she sings as she stares at her own reflection. Fender, like Eilish, voices the self-loathing of a generation, addressing his own white privilege and the enduring “evil” of England’s racist ancestors. It is a song that isn’t clothed in allegory, metaphor, or characterization. It is what it is; the issues are there and he’s describing them simply. Similarly, the lead single “Dead Boys” is a song about the lack of explanation for the rise of young male suicide, dedicated to one of his own friends he sadly lost. The album’s sentiment is, much like the photograph on the cover (Fender’s jutting cheekbones, his glowing, perfect skin, and deep eyes are dark and eerie, lit up by a strong flash), of youth staring back at a bleak world. His songs sing out deep questions with a heart-wrenching mellifluousness, but there’s no expectation of ever getting an answer.

It’s easy to get overly obsessed with the album’s hard-hitting lyrics and its zeitgeist-y nature, but such relevance isn’t really why we listen to music. You would put on a Sam Fender record firstly because of his blistering, sharp, and strong vocals that immediately transfix. Then the melodies will hook you. They are catchy but in no way gratuitous. Finally, the reason the album stays stuck on repeat week after week is its depth, in the form of its piercing lyrics, maze-like melodies, sax solos, jangling Eighties guitar sounds, and the rumbling drum tracks of “Play God,” for example. The record has been seven years in the making, after all, a typical début album in its sometimes incongruousness, sometimes feeling like the collected hits from The Making of Sam Fender.

The album finishes with an incredible live song “Use,” which is the final proof of how confident Fender is in his songwriting and the incredible vocal ability he so clearly possesses. It is a beautiful full stop at the end of the first chapter of Sam Fender. Thanks to his grounded approach, Fender has kept that intangible thing that made his music so “fucking magic” in the first place, and that’s more than can be said for most hyped debutants.