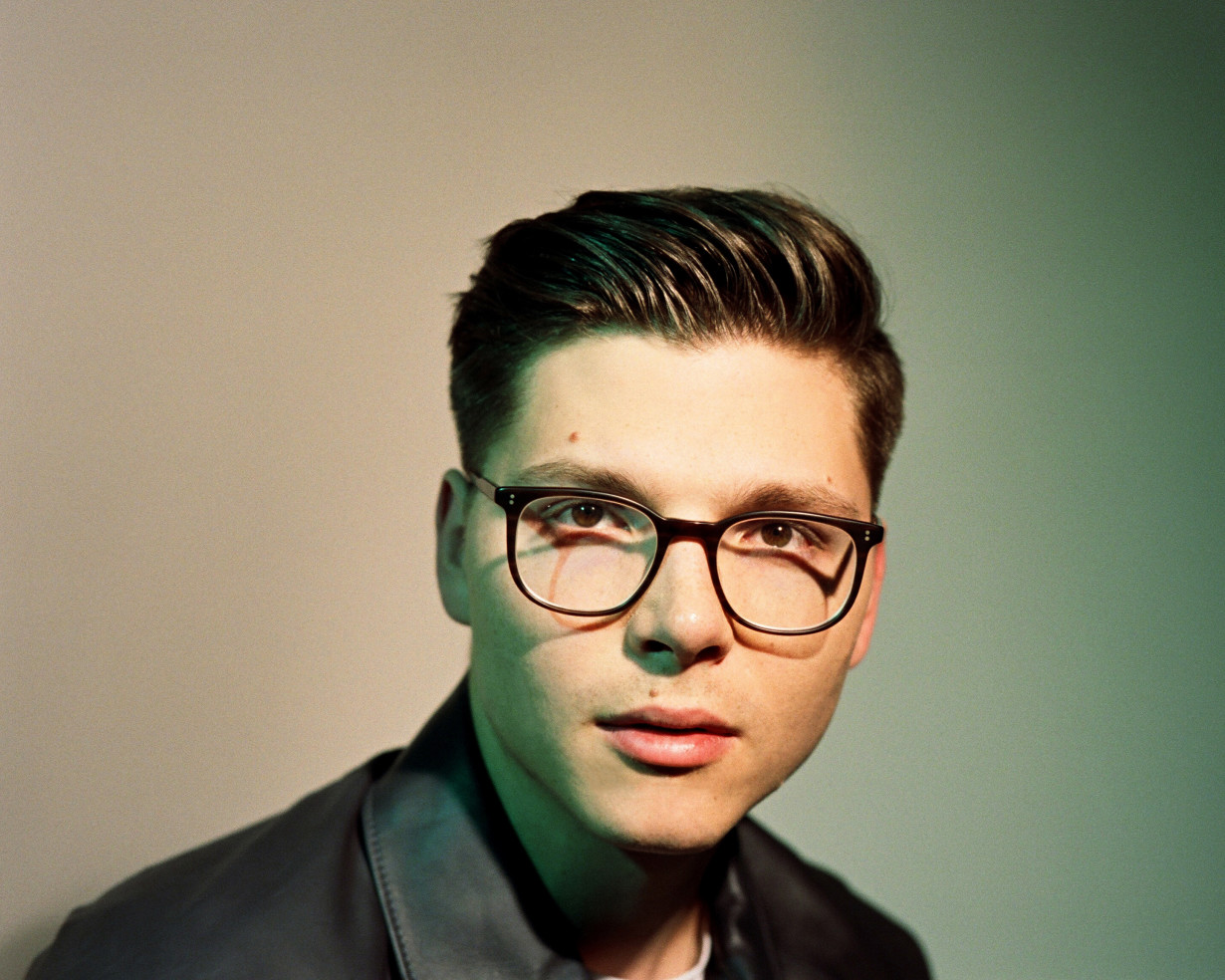 All clothing by Louis Vuitton. Glasses (worn throughout), Garrett’s own.

There’s no denying Kevin Garrett’s début album has been a long time coming. Over two years after his last EP, False Hope—and just shy of his twenty-eighth birthday—the Pittsburgh-born musician released Hoax last Friday, bringing an end to a seemingly interminable wait that lasted so long he had taken to jokingly asking, “Where’s the album?” on his own Instagram. With fans including Sam Smith, Katy Perry, and Beyoncé (whose “Pray You Catch Me” off Lemonade Garrett co-wrote with James Blake and the singer herself, earning a Grammy nomination), it’s not hard to understand the anticipation, but the soul singer promises the album has been worth the wait. “For the longest time, I just had these demos that I was starting to get really attached to,” he says, “and not because they were bad or anything, but I just wanted to codify everything and put it in a space where you could listen to the album from start to finish without feeling like you were getting pulled in multiple directions. It was just a better flow sonically for everyone.”

Two years between new music might seem like an excessively long gap in today’s age of surprise drops and constant streams of singles with no albums attached, but Garrett’s career was never conventional. The striking success of early songs like “Colouring” and “Control,” which would later appear on his first EP, 2015’s Mellow Drama, led quickly to notice from Smith and Perry, both of whom tweeted about his music, and opening slots for Mumford & Sons, Alessia Cara, James Bay, Oh Wonder, and James Vincent McMorrow when he had barely a handful of songs out. “I needed to fill the set and I didn’t want to play covers so I would play some of these songs,” he laughs about a few of the tracks that now, years later, comprise Hoax. “People would come to future shows and put their phone up to my ear or show me a video of me playing a song that’s on the album, but back in 2014 or 2015, and I was just like, ‘Well these aren’t out yet, but just hold on to that until it does come out, thanks.’” All clothing by Topman. Bracelet by Maison Margiela. Watch (worn throughout), Garrett’s own.

The result of years of refining, Hoax is a taut album of thirteen soulful tracks that are wistful, brooding, and, as Garrett readily admits with a laugh, “sad,” touching on timeless emotions, sorrows, and aches so enduring that it comes as a surprise at first when he says he was worried about their continued relevance now several years after he initially wrote most of them. “I put ‘Colouring’ out in 2014 and I can say that a majority of the songs that are on the album were written around that time so I’ve been sitting on these songs for a while,” he explains. “I was nervous about how I could make these songs feel like I’m playing them for the first time and also about the subject matter for listeners, but then I came to a realization that these things that I’m singing about are pretty universal. I think the goal with the record for me was to give a 360-degree perspective of a particular kind of experience or set of feelings and let anybody who listens to it relate in their own way. That’s what I’ve done with all our music—rather than telling over-specific stories, trying to make a story out of the analysis of an emotion.”

That powerful universality is part of what makes Garrett’s music so captivating, along with its raw emotional honesty. Love is, in his writing, endlessly nuanced and complicated. He can make lines like “I move way too fast/Making believe we ever could last” sound like a beautiful promise, while “Stay low, swing home, hold tight/Cause it looks rough on the front tonight” bristles with the threat of impending suffering. The tracks feel at once grand and intimate, like spotting a single lit candle across a darkened arena. “The songs more often than not are trying to articulate or define feelings or the essence of certain feelings based on personal experiences,” he elaborates. “I think there’s a misconception with some of the music because when I am writing these songs, it’s not necessarily me singing to someone else. It’s more often than not me talking to myself. That’s what music is for me, a form of self-expression and self-communication to get through things. What I’m doing with the record is sitting in front of a mirror and asking, ‘How did we get here?’ or other questions. I guess that was the trick, just making it much more internal.” Top by HUF. Jeans by Sandro. Bracelet by Maison Margiela.

Most of the songs on Hoax may be several years old, but that doesn’t mean Garrett’s artistry has stagnated since then. Rather, he seems to view this album as a collection of formative tracks that have only gained in power over the time he’s had to live with them, like lucky charms worn smooth by constant attention in the pocket of a favorite pair of jeans. His inspirations have expanded of late as well, as he says he now draws from a much broader range of creative output to fine-tune a writing process that eschews the clichés of Top Forty radio. “Over the course of time the goal for me was to continue to adapt with my influences but also refine my own style,” he says. “I’m such a fan of poetry and jazz music and different kinds of expression that are slightly left of pop center if you will that I think that my palate has gotten a little more diverse over time.”

With Hoax, Garrett cements his status as a soul singer for our complicated, unguarded, tempestuous age, a musician whose idiosyncratic artistry befits the genre heading of “odd soul” he invented for himself when first asked to describe his music years ago with a sound that is in constant evolution. “I think ‘odd soul’ is still very much me,” he says. “The point of ‘odd soul’ in my head is always that more emotive songwriting that takes more influence than just strictly soul music. I remember when I started playing the album for some friends and they heard the acoustic guitar, they thought that I was changing my whole style up, but I think when everything’s put in place with the album and everybody hears the record front-to-back, or however they want to listen to it, the songs will start to sit back in that place. I would be foolish if I would try and do the same thing over and over again. I wouldn’t consider myself very much of an artist if I was doing the same thing over and over again. I don’t think it would be as creative if I was just going with the mindset of, ‘Oh well people like this so let me just do the same thing.’ I think that sonically it was the right move in my head to explore new things.”

Hoax is out now. Garrett beings his North American tour at the Foundry at the Fillmore, Philadelphia, on April 30. Images originally published in June 2016. All clothing by Topman.