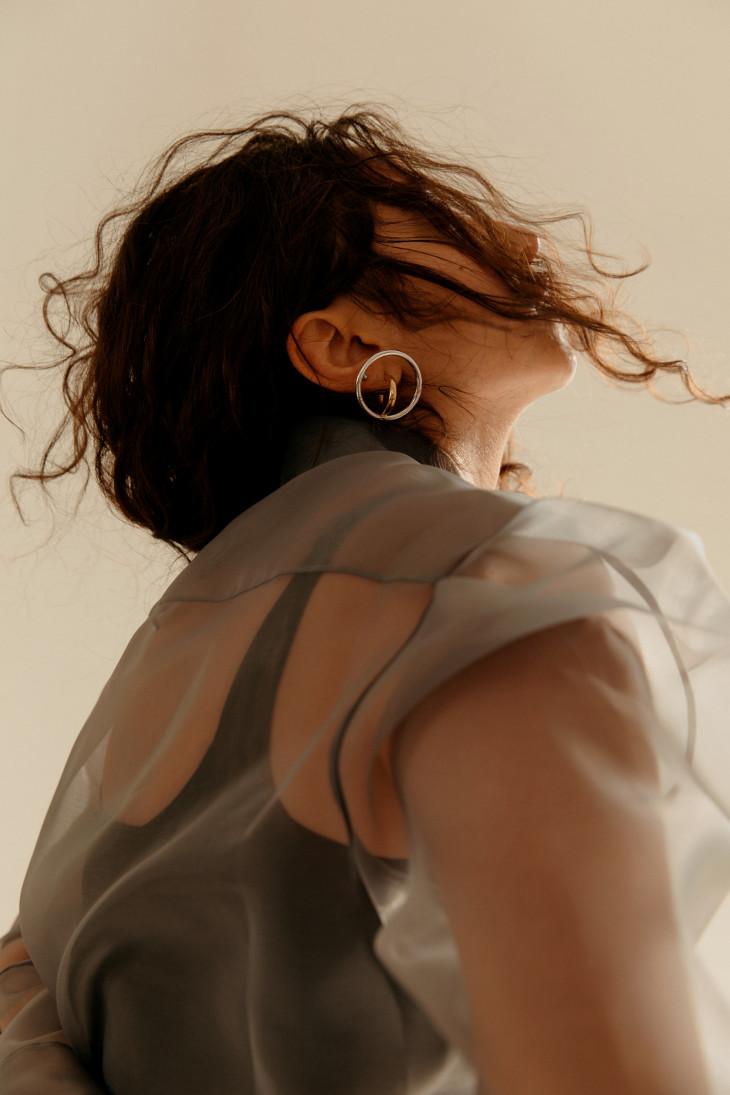 Wafia Al-Rikabi’s career trajectory in music is unlike most. At just twenty-six years old, the Australian R&B/electronica artist has already made a home for herself in Los Angeles and left behind both Brisbane and a career in the sciences, at least for now. Having started her studies in biomedicine, Al-Rikabi was urged by her supportive Iraqi father and Syrian mother to follow her heart into music.

This shift came after she had graduated with her degree at the ripe old age of eighteen and was considering the next step of sitting for the entrance exam to become a doctor. But Al-Rikabi knew that her heart wasn’t in it—and evidently so did her parents. “I just didn’t want to go towards the end,” she says. “I was spending less time at university and more time in my bedroom writing songs. I still love science, it’s just that this is the time in my life to do music.”

Having completed university early, Al-Rikabi was heartened by her parents’ support for following her passion: “My dad kept saying to me, ‘If it doesn’t work out, you can always go back to medicine. But you should go do this now, while you can, because the music industry is not always very nice to women.’” This backing came as a huge relief, Al-Rikabi says. Having realized that she didn’t want to undertake her medicine entrance exam, she didn’t know how to start the conversation with her parents until they did it for her. “It takes a lot, particularly for Arab parents, to get down with a career in the arts,” she explains.

Those early words of encouragement weren’t the only way that Al-Rikabi’s parents helped inform her career in music. “My dad would say he did me a favor and got me ready for touring life,” she laughs of her nomadic childhood. “But [music] always made me feel connected. It was the thing I could always relate to with the other kids at school.” Between listening to Britney Spears on the radio and Middle Eastern music at home, the artist says this experience helped expose her to an incredible breadth and depth of styles. “I was kind of living a double music life.”

Today, Al-Rikabi says that she always writes songs from the heart, because she believes that “you can only write what you know.” It is for this reason, she explains, that most of her songs deal with themes of love and relationships, always drawing upon her personal experiences to date. “Sometimes I am literal to a fault,” she admits, “but I try to find the beauty in that, for better or worse.”

That said, Al-Rikabi’s music is anything but superficial. In fact, many of her songs delve deeply into some pretty complex themes. Last year’s “Flowers and Superpowers” was written as a love song for someone that helped her come down from a bad trip, for example. “It is one of my favorite songs ever and is so much fun to play live,” she adds. “I wanted ‘Flowers and Superpowers’ to feel like a bit of a trip, but a better version of the one that I had.”

Her 2017 release “Bodies” deals with the Syrian refugee crisis affecting one of her mother countries. Talking about the situation, Al-Rikabi explains that she believes music has the power to make complex political themes “super accessible and also provide a really easy entry point into the subject. [Music] makes it sort of pseudo-intellectual. You can just take a song for something that you can dance to, but if you identify culturally [with it], then that makes it really special.”

Perhaps this quality is what’s most captivating about Al-Rikabi’s music: that she can tuck sophisticated and highly personal themes between the layers of dreamy, upbeat production that are also fun to listen to. “I pick me. When you’re holding me down, I’ll get up and leave,” the artist sings in her latest release, for example. Already, the musician has set her sights on sharing much more of what she has to offer in this regard. “My music is very autobiographical and I’m really excited to share the last couple of years of my life,” she explains. Fresh off the back of an Australian homecoming tour earlier this year, she has just released her uplifting new single “Pick Me” and is now busy finishing up her first album.

“I think [this single is] a big part of the narrative that I tell in the upcoming album, so it feels really pivotal in the overall storytelling of this album,” Al-Rikabi says—adding that it also lays the groundwork for “continued honesty and transparency” in her music. This artist is just getting started, in other words.

“I have been thinking about all the personal growth I’m going to do in this decade,” she explains, mentioning major life events like trying to buy a house and starting to drop albums. “[This decade marks the] first time I’m going to [release] a big body of work and I’m so excited to share my story.” she continues. “I have a bit of a narrative to tell and I’m excited to start unfolding that and just being vulnerable with my audience.”