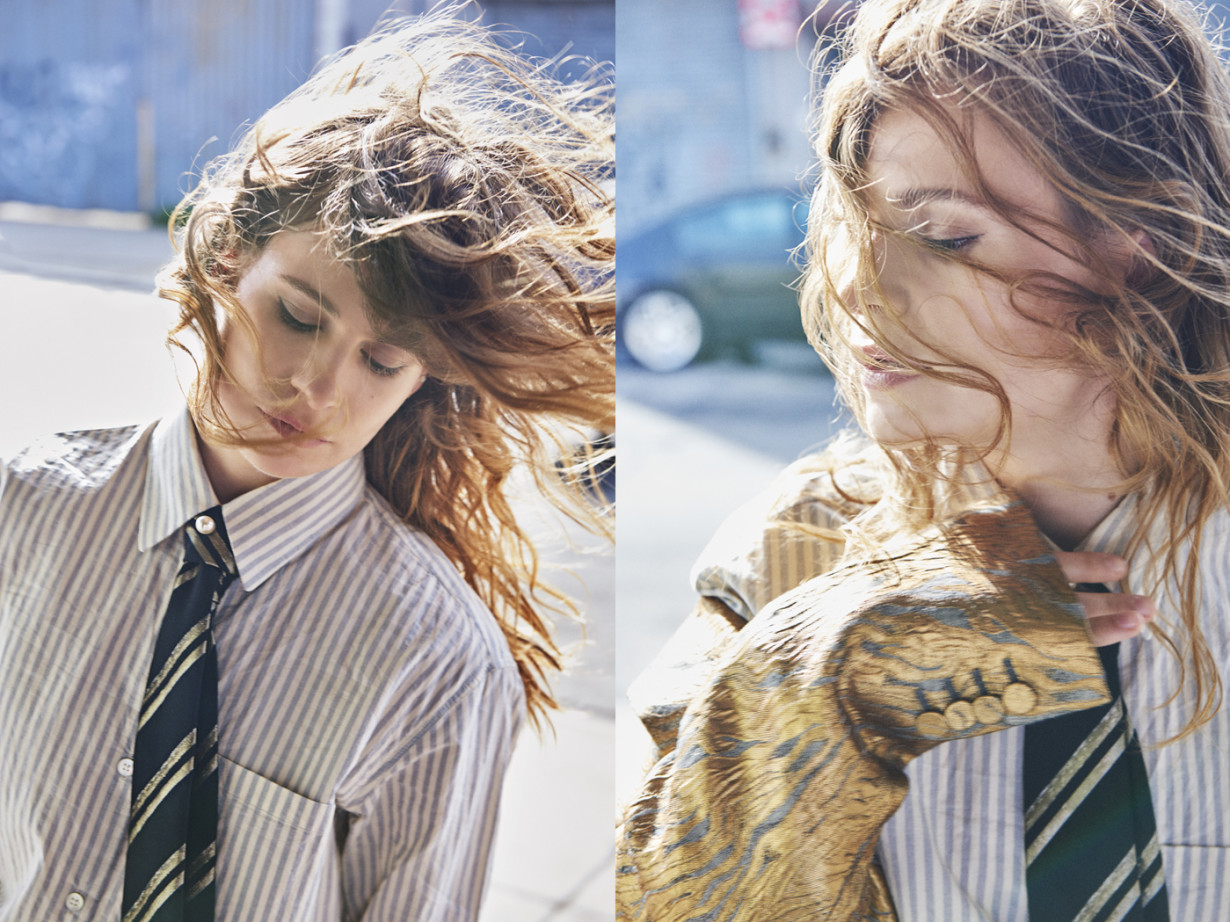 CHRISTINE AND THE QUEENS

In the early Sixties, Paul Raymond, a publisher of soft-pornographic magazines who had a knack for property development, acquired a small club in London’s Soho district. Given the name “Madame Jojo’s,” the unassuming cabaret and burlesque venue would become the jewel of Raymond’s real estate empire. In the Eighties, legendary drag queens Lily Savage, Ruby Venezuela, and Regina Fong would grace the tiny stage with exaggerated femininity and extravagant dress. The turn of the Nineties brought the high-energy club scene to Madame Jojo’s with infamous DJ nights, when White Heat, Deep Funk, and Groove Sanctuary seduced members of the fringe crowd. In this century, more than forty years since its opening, the venue continued to host gigs for once-fledgling acts such as the xx, Lorde, and Adele. Its plush interiors, red velvet curtains, and Art Deco mirrors fostered the ethos and aspirations of some of the most diverse nightlife in the city.

When she first discovered it, the French performer Héloïse Letissier wasn’t yet aware that Madame Jojo’s, the place where beautiful misfits could find themselves, would also become the birthplace of her own provocative music career. One night in 2010, looking for an escape from herself during a lonely trip to London, she arrived at the Brewer Street venue and was thrust into a different universe, a place of fantastic fantasy, where drag queens made pancakes and rock and roll on stage. She explains that it was punk, carefree, sexy, and weird—everything she didn’t dare to be. Nonconforming, fluid identities flocked to this mecca, a queer shelter where people could find solace from the harsh gaze of the outside world. There, she saw how average men could meticulously create characters and transform themselves into glamorous stars, the stage a place of liberation for their secret predilections. Madame Jojo’s Queens were also watching Letissier during her visits to the club, and they took her under their jeweled wings and offered invaluable advice: “Stop thinking. Dance. Stop winning. Sing. Stop feeling angry. Sing that you’re angry.” She explains, “I think they felt that I didn’t want to hide anything any longer—and understood that hunger. They just pushed me in that direction and gave me the strength to try.”

After several evenings at the club with the Queens, Letissier began to manifest a uninhibited, boundary-pushing alter ego of her own, “Christine.” This alternate identity became the epitome of the strength and control that she felt she couldn’t always tap into in “real life.” Onstage, Christine embodies ease—her fluid persona is shaped, staged, and sublimated by Letissier, and she can be honest, raw, and sensual. Prior to Christine, Letissier had never written a song or even crafted a melody, although she had taken some piano lessons. Music, she says, didn’t feel like it was meant for her. But something struck her, and when she wrote her first song, it felt like magic. Her first experience writing “was, truly, like discovering a new language, one I could engage in totally, one that actually fitted me,” she recalls.

Crafting music has since become the tool Letissier reaches for to process, express, and relate to the world. Her ear was formed early on thanks to the electronic sounds of Björk, Fever Ray, Aphex Twin, and the French Touch. Letissier says that it was natural for her to rely on the computer at first: even with little knowledge of instruments, it allowed her to make music independently. Her lyrics—an intricate blend of English and French—came quite naturally as she improvised on the beats. Letissier is able to play with her binary languages, identities, expression, and sounds as if telling the same story with different tools to create a hybrid that is complex and disruptive. That blending of personas is also visible in her stage performances, which she believes are as important as creating the music itself. “It’s also the best way to defend my songs,” she explains. “Because they’re written to be embodied, I want to sing them to you. It’s just me trying to relate.”

Her first album as Christine and the Queens, which earned her the award last year for Best Female Artist at les Victoires de la Musique, the French version of the Grammy’s, focused on finding a voice, a foothold in ambiguous territory. The tracks are heartfelt and filled with emotional French synth-pop, and show us a woman trying to negotiate a more comfortable relationship with prescribed femininity. Christine struggles to define herself on the spectrum as an androgynous ungendered person but is bold enough to do so in front of an audience. Her sound is equally transgressive, pulsing with electricity and relentlessness. Equipped with charmingly sensual vocals, she masterfully juxtaposes her transcendence through gender in the first track, “iT”: “I’ve got iT/I’m a man now/And I won’t let you steal iT/I bought iT for myself/I’m a man now.”

For her next album, currently in the works, Christine will continue her metamorphosis, flipping the gender binary completely and allowing masculine and feminine to reach a point of interconnection. Letissier proclaims that she wants to be the boss, she wants to desire you, she wants to be free to walk at night. If femininity is to hide behind socially prescribed beauty, masculinity is to exhibit the obvious flaws without fear. Letissier taps into the deep-rooted desires many women have to be seen as a complete person, imperfections and all. The alternative, an object readily available for consumption, is not appealing to her. Instead, she plans on harnessing the male gaze for herself, embracing and enacting her own transformation. Letissier explains that her sophomore album “will probably be a bit tougher, rawer than before. I grew up as well, lost the baby fat, went through new, violent feelings. It’s going to change my face for sure.” Experimentation with identities and shapes is nothing new. Many pop icons, Letissier notes, were also queer: Bowie, Freddie Mercury, Madonna. She is aware that, although artists had been bending gender roles for thirty years before her album, the topics still not an easy one for people to approach. “Since then, I’m always questioning how fashionable LGBT and queer issues actually are, if things are really changing,” she says. “The visibility for queer people is on the rise, sure, and that’s a fantastic thing, because diversity is the first win. We see more ways to exist, and kids can grow up with more role models to choose from.”

Letissier’s star is on the rise, but she doesn’t want to be above it all. She wants to be a voice in the city, a disruptive one if it helps. She wants to use her exposure, and she is actively researching associations and missions she can participate in. There is a sensitivity you get by being in the margin of society, she says, that helps you look at others who are also marginalized.

Madame Jojo’s, a berth where dreams and experimentation were celebrated, now stands temporarily closed due to gentrification a mere six years after Christine’s fateful meeting with the Queens. Letissier recognizes that “those are safe spaces, when sometimes the public spaces are not that welcoming. In a way, I was born again in one of those clubs—and everyone has the right to experience that same sense of freedom.” Strong and focused, Letissier will continue to fight, for herself and for the queer community. In the wake of her next album, she explains what she wants for the future for Christine and the Queens: “More sweat. More hunger. More hope.”

Christine and the Queens performs October 10 at Terminal 5, New York.