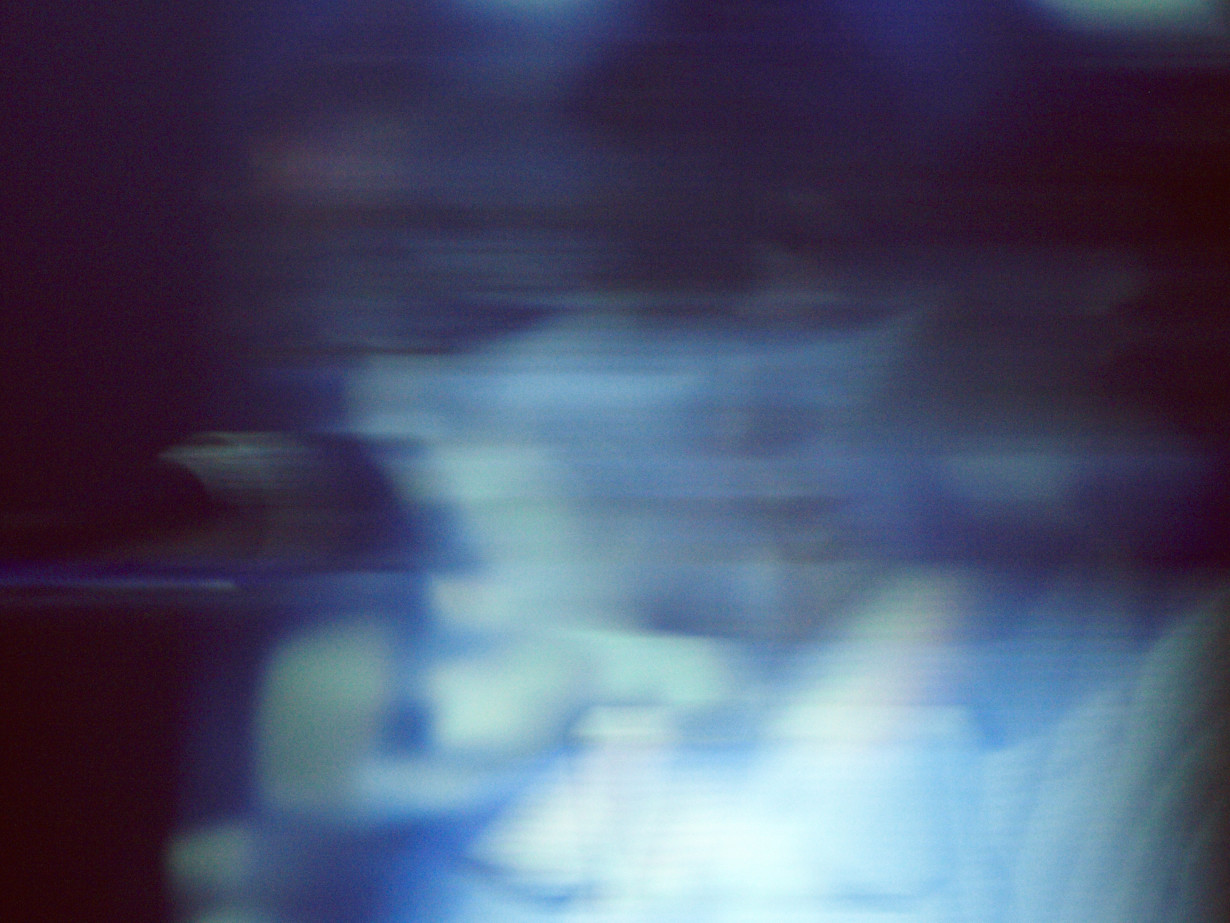 Experimental electronic musician Noah Benjamin Lennox, better known as Panda Bear or as a member of Animal Collective, performed an incredible and mesmerizing set on a recent Tuesday night at New York’s Bowery Ballroom, the packed show being the first of a sold-out, three-night stint that helped open this year’s CMJ Music Marathon.

Performing the majority of his album Panda Bear Meets the Grim Reaper, released earlier this year with Domino Records, Lennox also included tracks from his most recent EP Crosswords, along with some older favorites like “Surfer’s Hymn”—much to the appreciation of his audience.

Lennox’s sculpted voice shone in the live setting, and his vocal harmonies soared over the synthesized sounds as his hourlong set passed quickly. Tracks transitioned seamlessly, captivating the crowd as they swayed along to melodic tones, unable to tear away from the hypnotizing visuals and contagious energy of the live set.

Visual artist Danny Perez’s projections jumped hypnotically in the background, accompanied by bursts of epileptic lights. Gummy worms morphed into ice cream-laden lips, and nude reptilian women and an array of colors danced across Lennox in rhythm with his immersive sounds. He appeared comfortable for the projections to take center stage as he shied behind his setup of synths and visualizers, yet the focus was continuously drawn back to him as he continued to drown the venue in the elated vocals of “Boys Latin.”

Toward the end of the show, we met Perez’s take on the grim reaper. Clad in a striking pink-sequined robe, she was both sinister and playful as she motioned to the crowd that she’s coming for them next. Eerie and seductive, she held a stuffed panda bear in her hands, shredding it apart in keeping with Lennox’s melodic graces.

As the show ended and he ghosted the stage, it was clear that the emotion Lennox put in translated into contagious vibrations through his audience. The crowd quietly slipped into the night and you couldn’t help but feel dizzyingly elated, but with a pang of sadness.