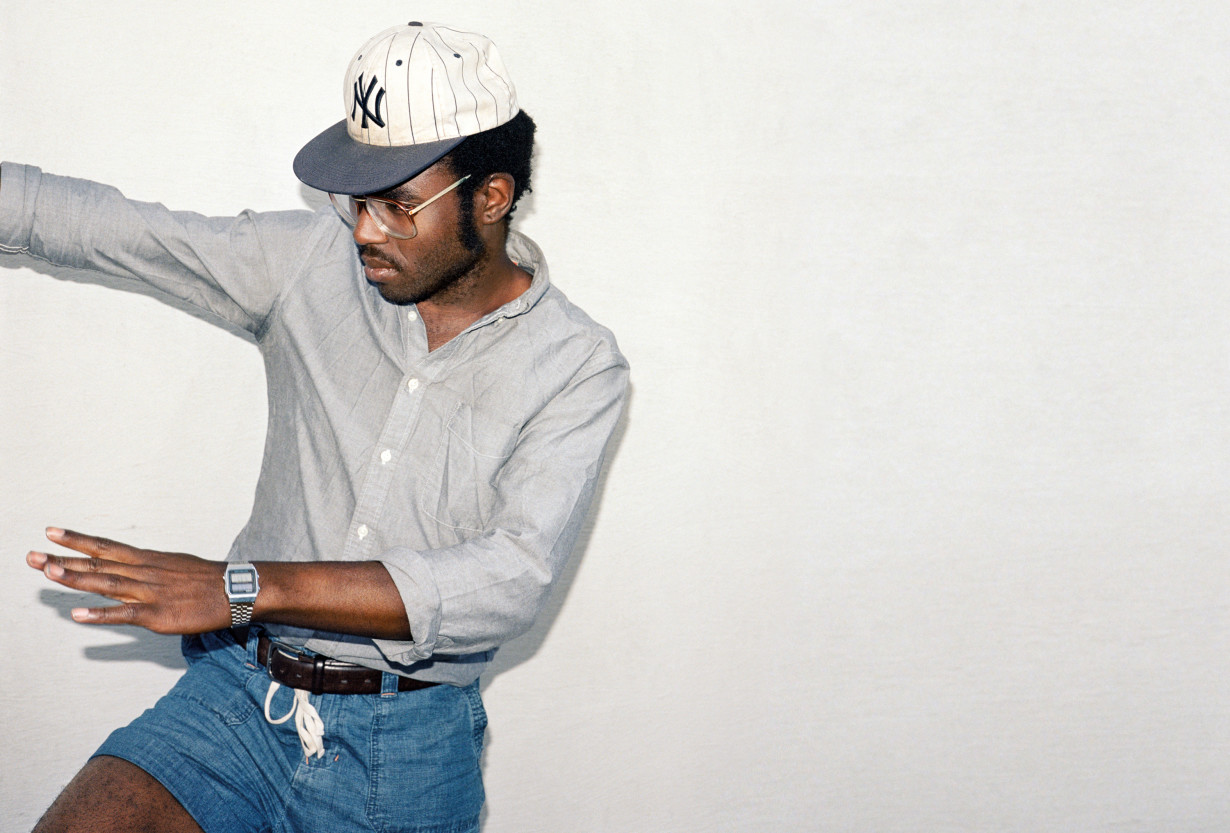 Originally published in the Fall 2010 issue.

Born out of a comic character he used to draw during high school, Lightspeed Champion is the alter ego of musical prodigy Devonté Hynes. “It was strictly whenever I was in math class,” the artist recalls.

“It was actually a math-themed comic.” And though math class obviously didn’t excite Hynes, music certainly did. Born in Houston, Texas, but raised in Essex, England, the writer, composer, musician, and producer has, at just twenty-four years old, collaborated with some of the most talented people in the industry, from Florence Welch of Florence and the Machine to Alex Turner of Arctic Monkeys. Earlier this year he released his second album as Lightspeed Champion, but there’s a lot more on the way, including a brand-new musical moniker.

When we spoke, Hynes had just finished a short tour of the U.S. and U.K., his first in over two years. “I find it difficult because I don’t have a band,” Hynes explains of his infrequent touring schedule. “So it’s always about finding people to play with and just working out what to play. I spent the last couple of years writing so much for other people, and for myself as well, and I have way more fun doing that kind of stuff.” That note of hesitation could be construed as stage fright, though that’s far from the case. “I just have trouble putting myself out there,” says Hynes. “I like that when you’re recording you can concentrate on what people are receiving from you. But in a live setting you only have one chance, which is cool, just not really for me. I think some people are great performers, unfortunately I don’t think I’m one of them,” he notes, with perhaps a hint of modesty.

Despite the artist’s insistence otherwise, the recent tour was very well-received. “People seemed excited because I just haven’t been playing live much, and the guys playing with me were awesome people so it was definitely fun.” What makes things even more fun is Hynes’s tendency to dress up while on stage (there are clips floating around on the Internet of him wearing a wizard suit in concert). “I go to Comic-Con every year,” he explains, “and I have a different costume each time. But the wizard one seems to be sticking around. I find life a lot more comfortable while I’m wearing it.”

Hynes’s eccentric personal style has also been a draw for new collaborators. He recently spent time in Los Angeles recording an album with Solange Knowles—writing music and lyrics as well as producing, proving that a jack-of-all-trades can be a master of them as well. Hynes says that “it’s been really fun so far. I think this is going to be a really special record.”

In the meantime, Hynes has been involved in a string of other musical projects. He recorded, wrote, and produced songs for the U.K. pop singer Diana Vickers, and their success ended up contrasting their humble beginnings. “Actually, insanely, the week we hit the U.K. on tour, her album went to number one on the charts,” Hynes recalls. “It was really awesome but kind of funny because I just wrote those songs in my bedroom.” He has also recently finished the first official Blood Orange record, Coastal Grooves, which he describes as “mainly an early ’80s British soul album, well that’s how I like to see it. Lyrically the whole album is about running away. It combines Oriental melodies with soul and disco music.”

If everything is moving incredibly fast, that’s totally fine for Hynes. “It’s exactly how I love to work,” he exclaims. After all, this is the guy who once wrote and recorded an EP in just one day. (In his spare time Hynes also publishes comics and short-story collections and makes bootleg releases.) In this vein he recently put out a bootleg EP called Icky Pasta, which at this stage is available only on his friend Danzie’s blog. “I made it a couple of months ago, after I had some sort of a meltdown,” he recalls. “I got really sick and was on a lot of medication and was just feeling totally down. I wasn’t sleeping at all. So I started recording these songs on my laptop and Icky Pasta was born.” As a form of alternative medicine, Hynes’s music might be completely underrated.