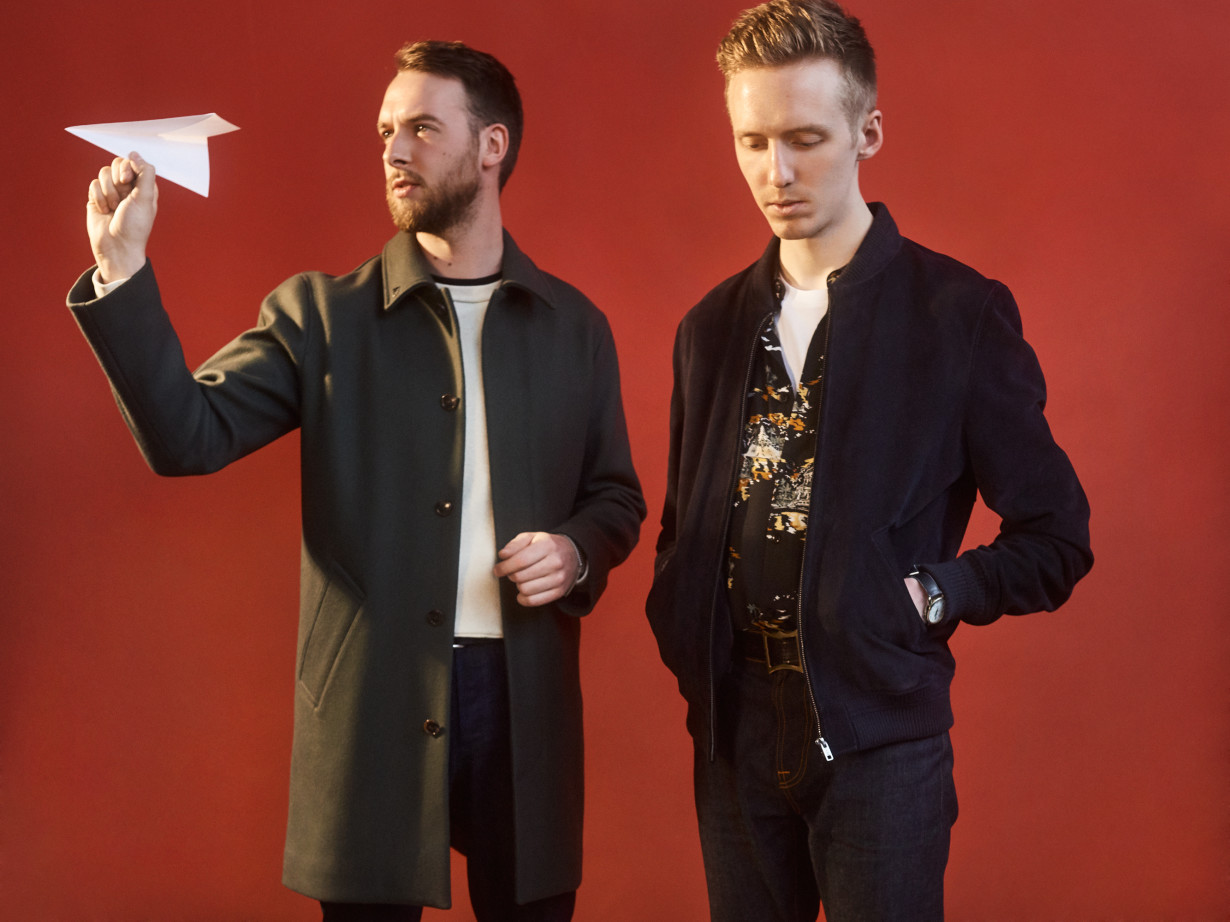 London-based musicians Andy and James (they use only their first names) of HONNE have a knack for completing each other’s sentences. “We met on the first day of uni,” says Andy. “And within two or three days, we were writing music together,” James finishes.

After that first meeting nine years ago, they went to school together, playing music together from the first week on, and went through several years of teaching guitar to kids during the day to get by and writing their own music by night.

In 2014, the pair formed HONNE, a woozy, R&B-tinged electropop project that rose out of those years of evolving collaboration. “It was more of a learning thing,” says Andy of their period of sonic experimentation. “We’d spent a lot of time working out what we wanted to do, and we didn’t stick with it immediately. Two years ago, we sat down and thought about it hard and we thought, what do we want to achieve?”

“You just want to start putting music out, but it has to be right,” adds James. “We wanted it to be the right thing and it would be really unique.” This summer, they released their first album, Warm on a Cold Night. Their name is Japanese, meaning true feelings or desires (in contrast to what we show the public). It says a lot about what the core soul of the music is and where it comes from. “It feels like music that should be listened to at night,” relates Andy of the four EPs they’ve released since forming the band. “It has this feel—because we wrote all of it in London—of this city vibe.”

The band’s first song that took off, “Warm on a Cold Night”—the one the album is named for—is a soulful, lusty rumination on dating a girl a league above. It feels relaxed and has a late-night/early-morning, boozy sensibility. It’s hard to imagine the track being recorded in New York, Los Angeles, or Berlin—there’s something about its easeful, sensually understated tone that feels of London. And with 1.6 million SoundCloud views and counting, it clearly resonates.

The album draws from earlier outputs and ongoing personal experiences, with lyrics about, Andy explains, “mostly stuff that’s happened to James or me or our friends around us. We try to keep it real—real things, real scenarios.” There are nods to Quincy Jones and elements reminiscent of James Blake and Frank Ocean, and it contains some of the first songs written during the day by the duo. “We’ve always wanted to write a record that has a bit of variation on it, that’s not just the same song over and over and over again,” says Andy of the variety of moods on the LP. “We think we’ve achieved that and hopefully people will listen and take the journey.”

One could say the album has been a lifelong labor of love. James admits that he’s wanted to be a musician “since I was twelve. Always. That’s not just me being cocky or making a big deal of it, but I always knew I had to do music.”

“You’ve got to overcome” all the hurdles, offers Andy, “but it’s nice to have known what we wanted to do since that young age.”

“You just have to keep powering along through,” adds James. “We were really lucky.”

Warm on a Cold Night is out now. HONNE performs September 30 at Austin City Limits.