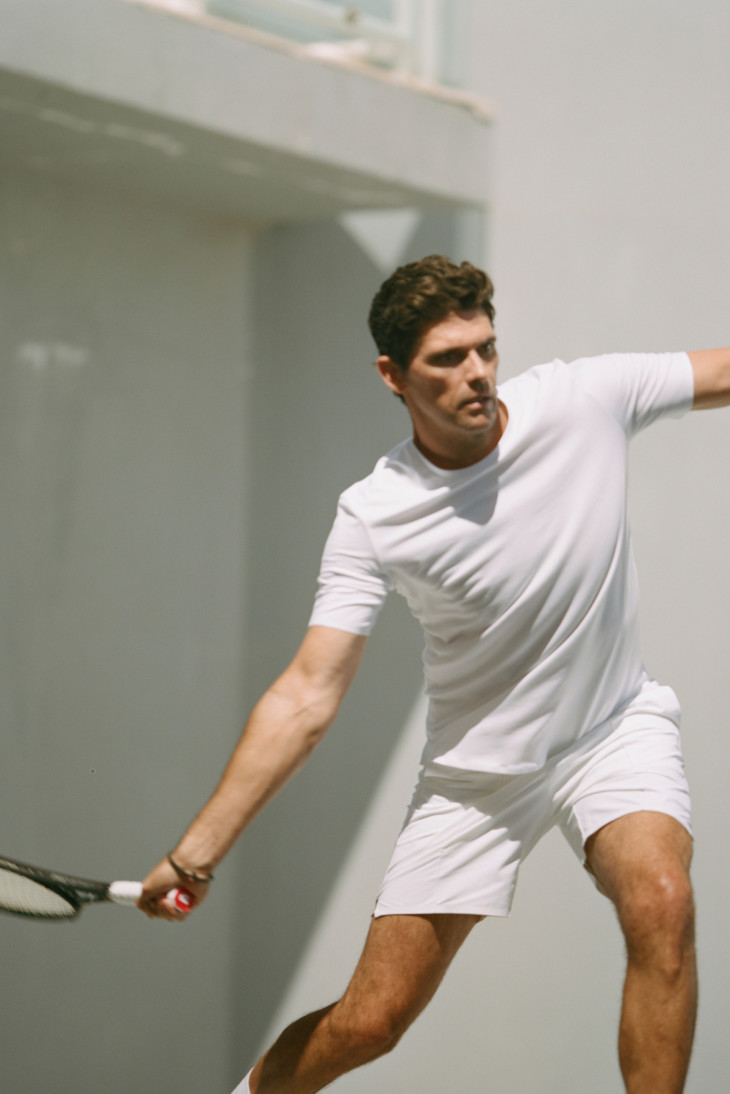 As athletic wear has become a staple of the urban wardrobe, there has been no shortage of new brands competing to join an already-crowded marketplace. One of the newest, Jacques, launched about a year ago and sets itself apart with subtle designs and a sophisticated mindset. “Entering a new chapter of my life, I felt that I wanted something that was a little bit more elevated and tasteful in the world of performance,” explains founder Gregg Cohenca, who named the menswear label after his grandfather, a “Renaissance man” who spoke several languages and led a sophisticated, cultured life. “That’s what led me to finding this intersection where athletic meets æsthetic.”

After early collections that were celebrated for their purity of line, calm colors, and logo-free designs, Cohenca recently launched a tennis capsule in collaboration with the Davis Cup winner Mark Philippoussis. A former professional tennis player himself, Cohenca says he was inspired by the lack of elegant options that were also functional. Pulling from the long history of tennis fashion dating back to René Lacoste’s revolutionary invention of the polo shirt for the 1926 US Open, the four styles—a tank, a t-shirt, a henley, and shorts, available in white and midnight—are simple, unencumbered by garish branding, flashy prints, or distracting colors while also incorporating moisture-wicking technology and four-way-stretch fabric. “The sport has so much elegance and sophistication and we wanted to pay homage to that,” Cohenca says, “but also experiment for a more modern take.” Philippoussis, a former US Open and Wimbledon finalist, is both collaborator and the face of the collection, but Cohenca says his target customer is not professional athletes. Jacques’s designs are made to withstand the rigor of competition, but they are meant to inspire everyday excellence instead. “We’re catering more towards different creatives—whether it’s architects, interior designers, producers, artists, actors—and looking into their lifestyle and seeing how being active is a big influence in their work,” he explains. “It’s this idea of having a clear head and how being able to be physical can really help inspire.”