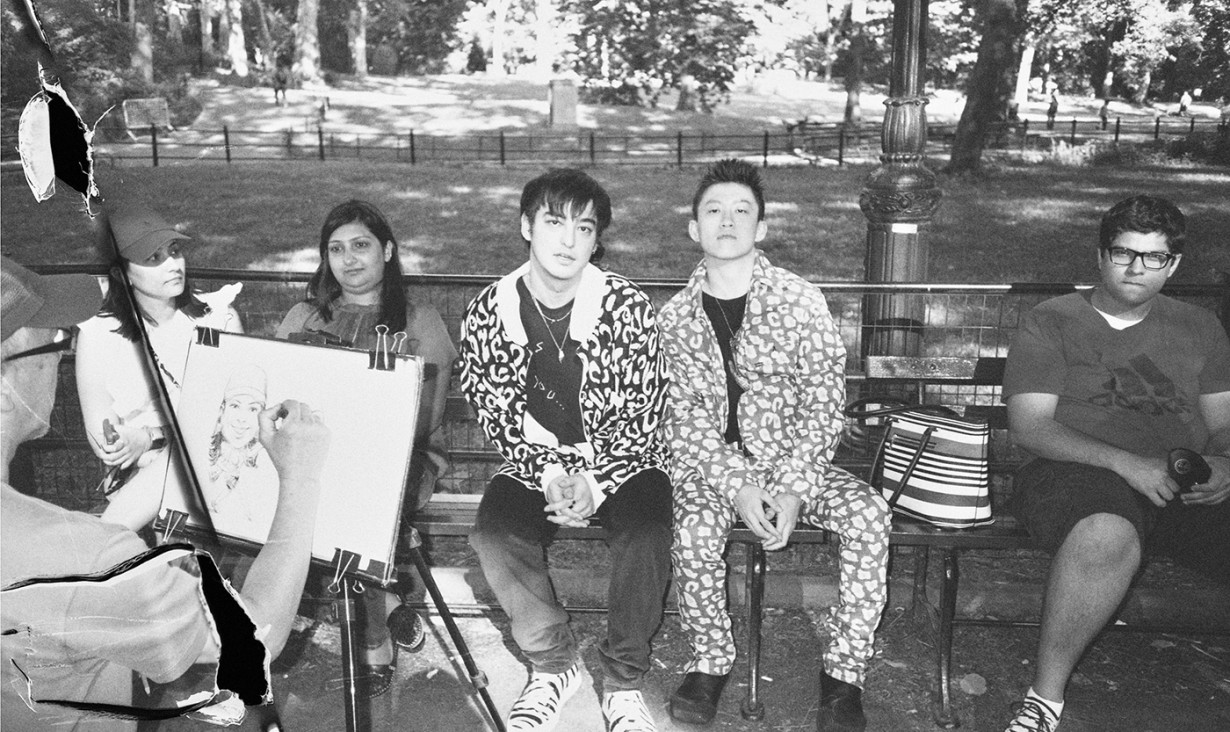 JOJI, RICH BRIAN, AND THE REST OF 88RISING ARE CHANGING THE FACE OF HIP-HOP

The cover of 88rising’s recent album Head in the Clouds pictures a colorful bunch of “weirdos,” as they don’t mind being called. The international media collective’s members are polite and collaborative and don’t exactly embody the self-centered nature you’d expect to come with followings that reach into the millions. They don’t look like the conveyor-belt pretty boys or plastic pop stars that typically hail from Asia. They’re not even all Asian, contrary to the original intentions of label founder Sean Miyashiro. But they are certainly each talented, writing, producing, and recording seventeen tracks that are bold, inventive, striking, and, in a way, revolutionary.

The album’s namesake track features the soul-inflected balladry of Joji, whose own début album is out today, with lyrics like “in a haze, different days—maybe I’m too nice” that seem to encapsulate the personas of the 88rising roster. As Miyashiro, who originally set out to establish a beachhead for Asians in the increasingly diverse world of hip-hop, told the New Yorker, “These are all the outcast, weirdo dudes. I think that’s kinda refreshing, because I think every Asian’s kinda felt like that, especially in America, whether you’re an F.O.B. or a nerd, a weirdo, all these different things.”

“Sean thinks we all have our head in the clouds,” explain Joji and Rich Brian, two of the nine artists on the album, about their seeming unawareness of Miyashiro’s overarching plan. Notably, Joji—whose Japanese roots are betrayed by his real name, George Miller—resists being siloed: “I don’t even consider myself Asian. I’m just a…person?”

“You’re a singer and an artist,” chimes in Rich Brian, born Brian Imanuel. Arguably the most viral acts of the 88rising crew, these two make it clear they are in it purely for the music. Miyashiro’s grand ambitions have never been top of mind for them, but Imanuel admits to liking the idea. “I would read that [New Yorker article] and be like, ‘Damn, I’m doing some big shit!’” he says, snickering at Miller from beneath big powder-blue headphones.

But the race issue was originally what earned him and, by extension, 88rising international notoriety. Back in 2016, Imanuel (who was then known as Rich Chigga) released his single “Dat $tick.” The video opens with the rapper crouched down in a pink polo before he pours out a bottle of Martell Cognac. The rest of the clip, edited and directed by the rapper himself, takes cultural appropriation to a questionable level. “Should we be mad?” was the question the internet couldn’t figure out.

Strategically, Miyashiro released a follow-up video to address the controversy, featuring rap heavyweights like Cam’ron and Ghostface Killah reacting to Rich Brian. Their responses were a mix—some were confused, but most appeared into it. Meechy Darko said what we were perhaps all thinking: “He found a way to say n*** without saying it—genius.” Hip-hop is a language in and of itself, compounding referential rhymes over more referential rhymes. Many of the genre’s lyricsts are known to rival even the wordsmithing of Shakespeare, to the point where an entire business was built around the idea of annotating songs. (That company, formerly known as Rap Genius, is reportedly worth over four hundred million dollars.) But given the political and social climate of 2018, where do you draw the line? Who gives outsiders permission?

Imanuel doesn’t have a definitive answer to that, nor should he. But he brings up an interesting point: “If people don’t ‘culturally appropriate’ or whatever, there’s a lot of things that wouldn’t be made. A lot of genres wouldn’t exist. And coming from Indonesia, I feel like all it is is being inspired.”

To which Miller, who was himself born in Japan, adds, “I’m not a rapper, first of all. But if we are just guests in the house of Western hip-hop and they want us to take off our shoes, we will.”

While ‘cultural appropriation’ is a relatively recent term, the concept is nothing new. Hip-hop has long been built on sampling, which is, by nature, appropriation of a kind. The genre operates in an economy of signifiers whereby culture is exchanged, borrowed, credited, amplified, distorted. And 88rising? If you “fuck the rules” (a lyric from the hit single “Midsummer Madness”), you fuck with the system—and there’s nothing more hip-hop than that.

In the Western world, Asians have historically occupied the fringes of culture. Asian characters in film are often whitewashed, and when they are cast, there is almost always a preference for biracial actors. Of course, the world is slowly changing, as is Hollywood. (This summer’s hit Crazy Rich Asians was the first Hollywood film since The Joy Luck Club from 1993 to feature an all-Asian cast.) Unlike African-Americans, who have a rich and distinct culture that has frequently been at the forefront of American popular music for decades, Asian-Americans are often overlooked, stereotyped as model minorities who assimilate easily and work hard with little resistance. They’re dismissed to the sidelines of comedic relief (John Cho) and, as the current lawsuit against Harvard shows, are exempt from affirmative action initiatives in colleges. Asian-American men have been emasculated, while women were exoticized. Jacket by Landlord. T-shirt, talent’s own. The power of bringing together underdogs—albeit multi-talented underdogs each with a diverse, loyal fanbase—is undeniably the answer. 88rising introduces the mainstream to the vast diaspora of Asia and joins them together, positioning its artists in the best place for connecting the West to the East. “I think the reason why it grew so quickly was because we each brought our individual fans and made them kiss,” says Miller. But the collective isn’t just a smart business move—it’s important.

“It’s definitely a movement,” says Imanuel. “After a show in Los Angeles, I remember there was this older Asian dude and I was like, ‘Yo, how’d you like the show, man?’ and he said that was something he’d never seen growing up. I almost cried that night, all the kids in the crowd were so stoked.”

Therein lies the true success of 88rising. It musicians appeal to teenyboppers, hard rappers, Asians from Asia, second-generation Asians from America, and moms and dads alike. There will always be a market for catchy music, but the mass appeal of music from underdogs feels that much better to dance to.

It makes sense that Miller and Imanuel don’t lead with the race thing, preferring instead to be known for their creative output more than anything else. Because isn’t that ultimately what anyone wants to achieve: to live in a world where a bunch of “weirdo Asian kids” changing the hip-hop scene is not a headline, but an everyday occurrence? Nevertheless, there is joy to be found as the rest of the world catches up.

Joji’s Ballads 1 is out today. Head in the Clouds is out now. Sweater by Comme des Garçons from Grailed. Trousers by Landlord.