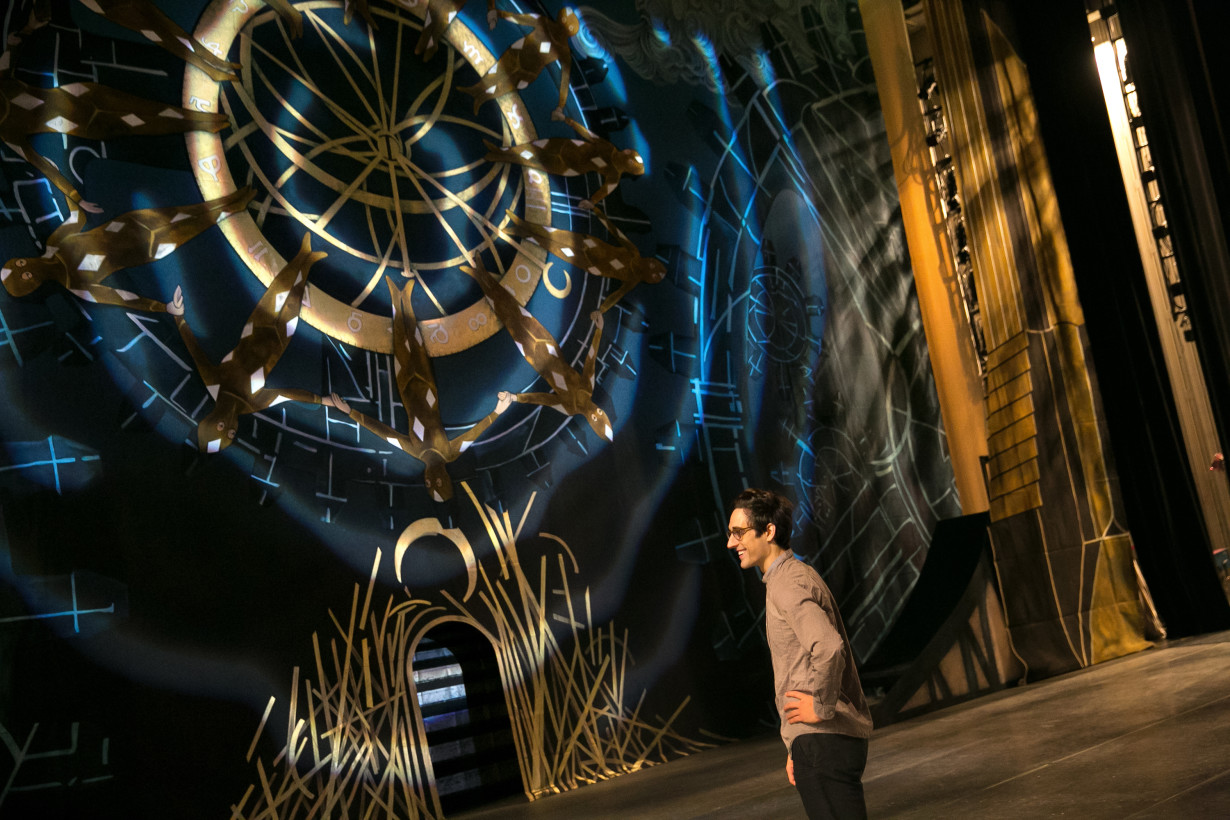 The career of the young choreographer Justin Peck has always had an organic feel. He came to ballet late and—at first—reluctantly, eventually made his way to the School of American Ballet, and then joined the corps at New York City Ballet soon after. He turned to choreographing in 2009, and earned a modicum of attention for a few short works for the City Ballet-affiliated New York Choreographic Institute, which impressed the company’s ballet master Peter Martins enough to offer him a full commission, for Year of the Rabbit in 2012, set to music by Sufjan Stevens. That work was met with universal acclaim for its intricate compositions and innovative use of the corps, and helped launch him into the first tier of working choreographers—he now creates several new dances a year for companies all over the world.

Now the resident choreographer at City Ballet, Peck’s latest work marks a new turn for him—from abstract to narrative—that he says is equally as natural as it was transformative. “It was kind of circumstantial,” he says of deciding to create a new ballet with music by Bryce Dessner and designs by Marcel Dzama based on a short story by Hans Christian Andersen. “Actually, the team came before the concept and it was a little backwards in that sense. We brainstormed and passed around a bunch of ideas and ultimately landed on ‘The Most Incredible Thing’ because we felt like it was the perfect overlap for the three of us to collaborate.”

In The Most Incredible Thing, a young man—the Creator—tries to win the hand of a Princess in a competition to see who can perform the “most incredible thing,” presenting her with a clock which comes to life every hour in a dance performed by a different set of characters (Adam and Eve mark two, nine sees the appearance of the Nine Muses, and six is a gambler dressed as a die). Just as the Creator is pronounced the winner, the Destroyer appears—in Dzama’s rendering, two-faced and with an arm like a nightstick—and destroys the clock, which is ultimately deemed the more incredible feat. The Princess is resigned to marrying the Destroyer, but the clock’s characters come back to life to defeat him, in an allegory of the power of art to overcome even its own destruction. This powerful theme was, Peck says, what ultimately drew the team to the story. “It’s a perfect story to tell through movement,” he explains, “and the fairy tale, otherworldly æsthetic was really perfect for Marcel to allow his imagination to run wild with the designs. All of us felt like the story, though it was written in the 1800s, still really resonated today and spoke to each of us on a personal level.”

Expectations are always high for a new première by Peck, and they were only heightened in this case, with the new direction towards narrative, but Peck says that The Most Incredible Thing is his opportunity to take the foundations of his previous work and here make them visible. “It didn’t feel unnatural to me,” he says of working within the constraint’s of Anderson’s story. “Even in a lot of my abstract work, there’s all sorts of little anecdotes and sources of inspiration that wend their way into the work that give the work a bit more substance. I felt like the skill set isn’t a whole lot different from what I’ve done in the past, it just has more of a through line to it.”

Peck compares The Most Incredible Thing to the second act of The Nutcracker—City Ballet’s annual holiday warhorse—with it’s introduction, suite of divertissements, and eventual “spectacular finale,” but it maybe be his own earlier work that establishes the most interesting comparisons. Through the remainder of the company’s season in May, The Most Incredible Thing will be performed sporadically, as will his Paz de la Jolla and Everywhere We Go, from 2013 and 2014, respectively, offering a unique opportunity to explore Peck’s development over the last few years. “I feel like with this work, we’ve really created an entirely different and unique world, so it almost feels like going down a completely different pathway in relation to my other work, but I’m excited to see some of the older works come back too,” he muses. “I haven’t thought about that too much, so we’ll see how those might create some sort of dialogue with each other.”

New York City Ballet performs The Most Incredible Thing through May 7.