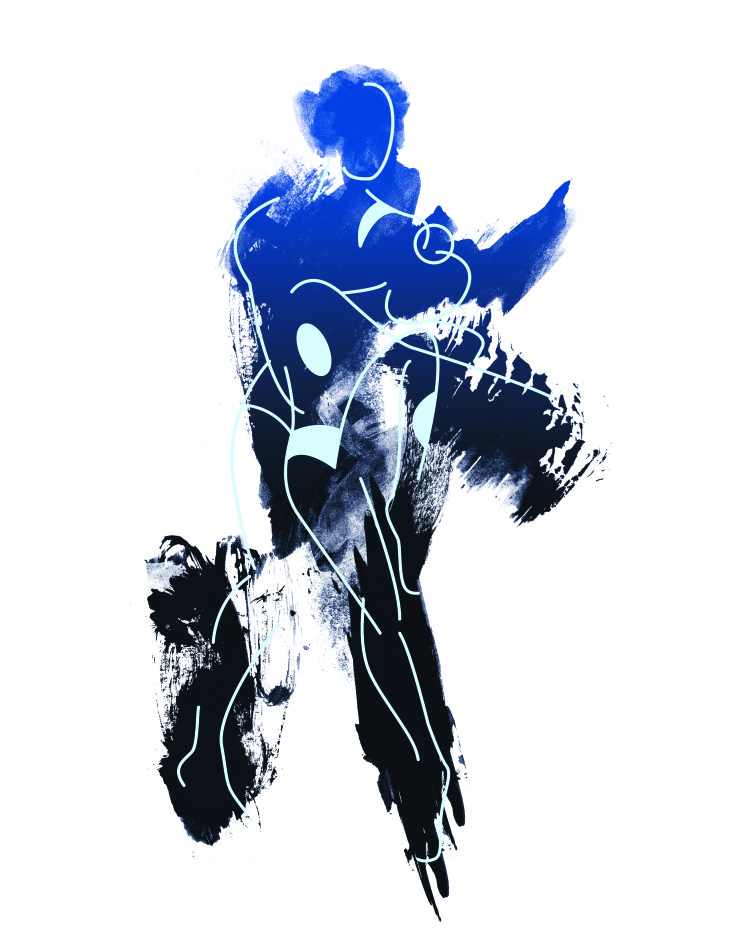 The ballet world is often criticized for spending too much time dwelling in the past, but that certainly won’t be true tonight at New York City Ballet’s Fall Gala, which will host the world premières of five brand-new works from several of the ballet world’s freshest young talents, including hometown favorites Justin Peck and Troy Schumacher, and the National Ballet of Canada’s Robert Binet and San Francisco Ballet’s Myles Thatcher, both of whom will be presenting their first pieces for City Ballet. Most of the guests will be dressed in extravagant and expensive ball gowns, but, thanks to a unique ongoing collaboration between City Ballet and the fashion industry, they are all likely to be upstaged by the clothes onstage.

For the fourth year in a row, City Ballet has asked designers better known for their runway looks to craft original costumes for its Fall Gala. Valentino kicked off the initiative in 2012 with his romantic designs for Peter Martins’ Bal de Couture, and highlights over the years have included Prabal Gurung’s graphic harnesses for Peck’s Capricious Maneuvers, Thom Browne’s school-boy uniforms for Schumacher’s Clearing Dawn, and Iris van Herpen’s shimmering plastic scales for Benjamin Millepied’s Neverwhere. This time around, the new designers include Opening Ceremony’s Humberto Leon and Carol Lim, ADEAM’s Hanako Maeda, and Marta Marques and Paulo Almeida of Marques’Almeida, winners of this year’s LVMH Prize.

For Marques and Almeida, relatively fresh faces who designed the costumes for Schumacher’s work, the collaborative process was one that involved both new limitations and opportunities. “We haven’t collaborated in many projects like this before, and it felt very exciting,” says Marques. “We’re very obsessed with working freely and pushing boundaries, and by working so closely with Troy, we were lucky enough to be able to work like that, but in the world of ballet. That opened a new perspective for us, which was amazing!” Leon and Lim, no strangers to playing well with others—they presented their Fall 2015 Opening Ceremony collection in a play by Spike Jonze and Jonah Hill on the stage of the Metropolitan Opera—found a special affinity with Peck, who has quickly become one of the most acclaimed young choreographers working today, even asking him to choreograph the stumbles several City Ballet dancers took earlier this month on the Spring 2016 runway. “As with any collaboration, it has to be right, so working with Justin Peck was the ultimate,” says Leon, whose sketch with Lim appears at top. “He brings a modernity that I really appreciate, and he’s not afraid to push boundaries.

All the designers say they have long been admirers of dance—Marques studied ballet and contemporary dance, while Leon says he admires everything (“modern, postmodern, ballet, street, underground”)—but Maeda has a personal connection to City Ballet itself, one reason she jumped at the opportunity to design for Binet. “Growing up in New York, ballet has always been a part of my life,” she explains. “I remember going to the annual Nutcracker performance at New York City Ballet during holiday seasons with my family. I’m inspired by the sensuality and delicateness of ballet as a form of expression. It’s truly a unique art form where different elements such a movement, fashion, and music come together.”

In designing for dance, of course, freedom of movement is key, a new factor the designers were careful to consider. Maeda says she turned to Marc Happel, City Ballet’s director of costumes for help “understanding the functionalities of ballet costumes.” Marques and Almeida, who collaborated with Schumacher from London over Skype by sending ideas and sketches like the altered image above back and forth, were happy to work around the new limitations. “There’s an incredible amount of factors that come into consideration that we never thought about,” says Marques. “The ballet and the movement of the dancers is the most important thing—the costumes can’t come in the way of their awareness of their bodies and the way they feel dancing!”

With most of the final details of both costumes and choreography under wraps until opening night, the designers give few specifics on their ideas, which are subject to change until the very last minute, something both fashion and dance have in common. Maeda says the Ravel piece Binet chose as his score has a “smooth flowing melody line that made me feel like I was being embraced by a vast body of water,” which led to iridescent fish scales as the starting point for her sketches, seen below. Marques points to the “idea of individuality and clusters of people coming together”—a hallmark of Schumacher’s dances—as “crucial to the way we approached this project.” And Lim could surely be speaking for all of them when he says, “I was really interested in bringing the choreography to life—clothing that would really show off the piece. I wanted the relationship between our costume and the dance to be seamless.”