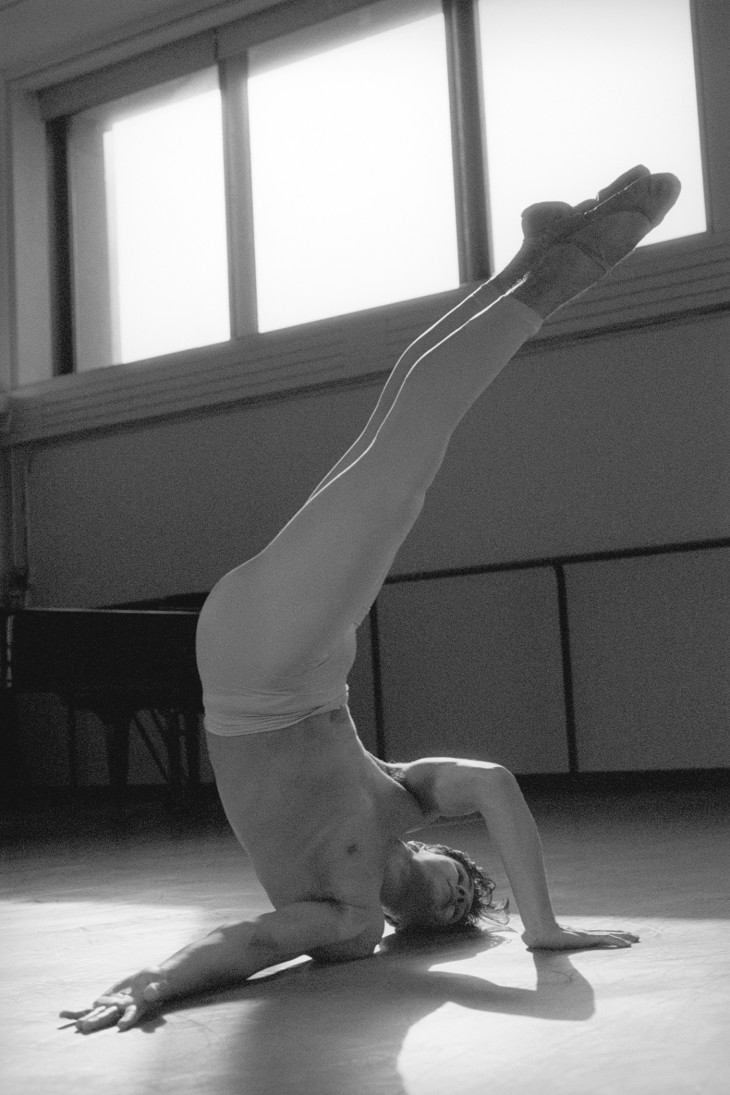 Tights and all shoes throughout, talent’s own.

New York City Ballet, one of the world’s leading dance companies, is in, to put it lightly, a moment of transition. The troupe has been leaderless since its longtime leader Peter Martins retired at the beginning of this year after accusations of abuse and sexual harassment. Last month, three male principals left the company after being named in a lawsuit alleging they exchanged explicit photos and videos of fellow dancers. Amid the turmoil, the company collected on stage last week at their fall gala to reaffirm their belief in the “dignity, integrity, and honor” of ballet. “We will not put art before common decency,” principal dancer Teresa Reichlen avowed, “or allow talent to sway our moral compass.”

The premieres that followed—by Matthew Neenan, teenager Gianna Reisen, and modern choreographer Kyle Abraham—proved that City Ballet’s dedication to creating new work and pushing the art form forward is powerfully intact and the dancers repudiated the offstage turbulence with renewed energy in their performances. One of the night’s standouts, as he has been since joining the company as an apprentice just over a year ago, was the eighteen-year-old Roman Mejia, who performed in Abraham’s “The Runaway” in a black-and-white costume by Giles Deacon. All clothing by Capezio.

Mejia might be a newcomer to City Ballet, but his name certainly isn’t. His father Paul danced with the company under Balanchine in the Sixties, a fact the younger Mejia says he was largely unaware of until he was set to attend the City Ballet-affiliated School of American Ballet a few years ago at the age of fourteen. “Actually, I didn’t know anything about my dad, I really didn’t,” he laughs. “All I knew was that he taught classes and he was a ballet dancer, but I didn’t know where. When I was going to SAB’s summer course, then he sat me down and he said, ‘Okay, look, before you go, this is what happened, I danced there,’ and he told me everything then.”

There are many ways in which Mejia can be seen as following in his father’s footsteps. He began dancing at the age of three at his parents’ studio—Paul and his wife Maria Terezia Balogh run a ballet school in Fort Worth—seemingly out of convenience. “At the time, they were both teaching and around the studio a lot so they would always just bring me along,” he recalls. “They had nowhere else to put me so I would always just go along with them and once I started dancing, it felt really natural.”

Ballet was merely a hobby for Mejia through elementary school, until he decided at the age of twelve after a year off that he wanted to pursue it professionally. He set his sights on New York City and SAB and started taking two classes a day to get in shape. His father, recognizing that his previous Russian-oriented training would not suffice, pulled him out of his school to teach him himself. As with many teenagers, Mejia did not exactly take to being ordered around by his father at first. “I didn’t like it at the beginning,” he laughs. “I wasn’t really into it, but as soon as I left, something changed and now I love coming home and taking classes from my parents.”

Mejia enrolled at SAB full time in 2015, moving to New York on his own at fifteen to join dozens of other teenagers dedicating themselves to studying ballet. He admits to feeling that he missed out on some of the traditional hallmarks of high school life—“I mean, I never went to prom”—but his rapid success proves he made the right decision. In 2016, he joined City Ballet as a guest apprentice, performing in The Nutcracker and Sleeping Beauty when the company needed extra boys. The next year, he became an official apprentice and was promoted to the corps within months. All clothing, talent’s own.

In the year since, Mejia has already earned notice for his clean lines and bounding jumps in a number of principal roles, performing choreography usually reserved for dancers with many years more experience than he has. He has danced Mercutio in Romeo + Juliet and Tea in the second act of The Nutcracker—a role he notes his father also performed with the company—and in Jerome Robbins’s “Fancy Free,” the inspiration for the Gene Kelly-Frank Sinatra musical On the Town. This weekend, he’ll make his début in Martins’s sharply modern and slicingly precise “Fearful Symmetries,” showcasing a new side of his skills. “It’s a little nerve-wracking, especially leading up to the show,” he admits about taking on such prestigious roles so early in his career. “But honestly, I have so much fun preparing these roles and I feel like once I get on stage all the nerves go away and it all feels so natural and smooth. It’s a little hard to wrap my head around, but I feel like I get comfortable really fast.” Coat by COS. Trousers by Acne Studios.

Managing to stand out in his first year in a company of nearly a hundred dancers is an impressive enough feat on its own, but it’s Mejia’s extracurricular performances that have confirmed his status as a talent to watch. He’s found particular success at the Vail Dance Festival, an annual gathering of top dancers from various genres mixing together to produce surprising one-off performances high up in the Rockies. Last year, he danced there for the first time, appearing in new works by Neenan and the tap choreographer Michelle Dorrance and partnering City Ballet principal Lauren Lovette in the exhausting “Tarantella,” for which he was named to the New York Times’s list of the best dance performances of 2017.

At times, Mejia seems modestly unaware of his talent and the notice it brings him. He describes performing at the starry Vail Dance Festival before even officially joining City Ballet as if it could’ve happened to anyone—which it certainly couldn’t. “I was going into the stage door at the Koch Theater and Tiler stopped me and was like, ‘Do you know who Damian Woetzel is?’ I grew up watching videos of Damian and I was like, ‘Of course I know who Damian is,’” he recalls, beaming, referring to the former City Ballet principal who is now the president of the Juilliard School and oversees the Vail Dance Festival. “She said, ‘Well we do this little festival and he’d love for you to be a part of it.’ I knew she was talking about the Vail Dance Festival and I was like, ‘Yeah, I’d love to be a part of it, of course!’ That’s how I got invited.” He made a triumphant return this past summer, partnering Lovette again as well as her fellow principal Peck and dancing in Peck’s celebrated choreographic début. All clothing by Capezio. Sweater by COS. Tights, talent’s own.

With City Ballet’s 2018-19 season underway—his first full year, somehow, as a member of the company—Mejia is looking ahead to what appears to be a promising and long career ahead of him. After three years, New York has become his home, but he is lucky that his family is, in a way, always there with him. He frequently hears from his father about what the company was like in his day and says he remembers being comforted by a picture of Paul in Coppélia on the wall of the SAB dorms when he first moved in. This legacy passed down from father to son offers a reminder of City Ballet’s storied heritage and a sign that, even in tumultuous times, the company is always moving purposefully forward. With his youth, energy, and sparkling technique, Mejia is quickly proving himself to be the brightest in a generation of stars to come.

Turtleneck by COS. Tights, talent’s own.