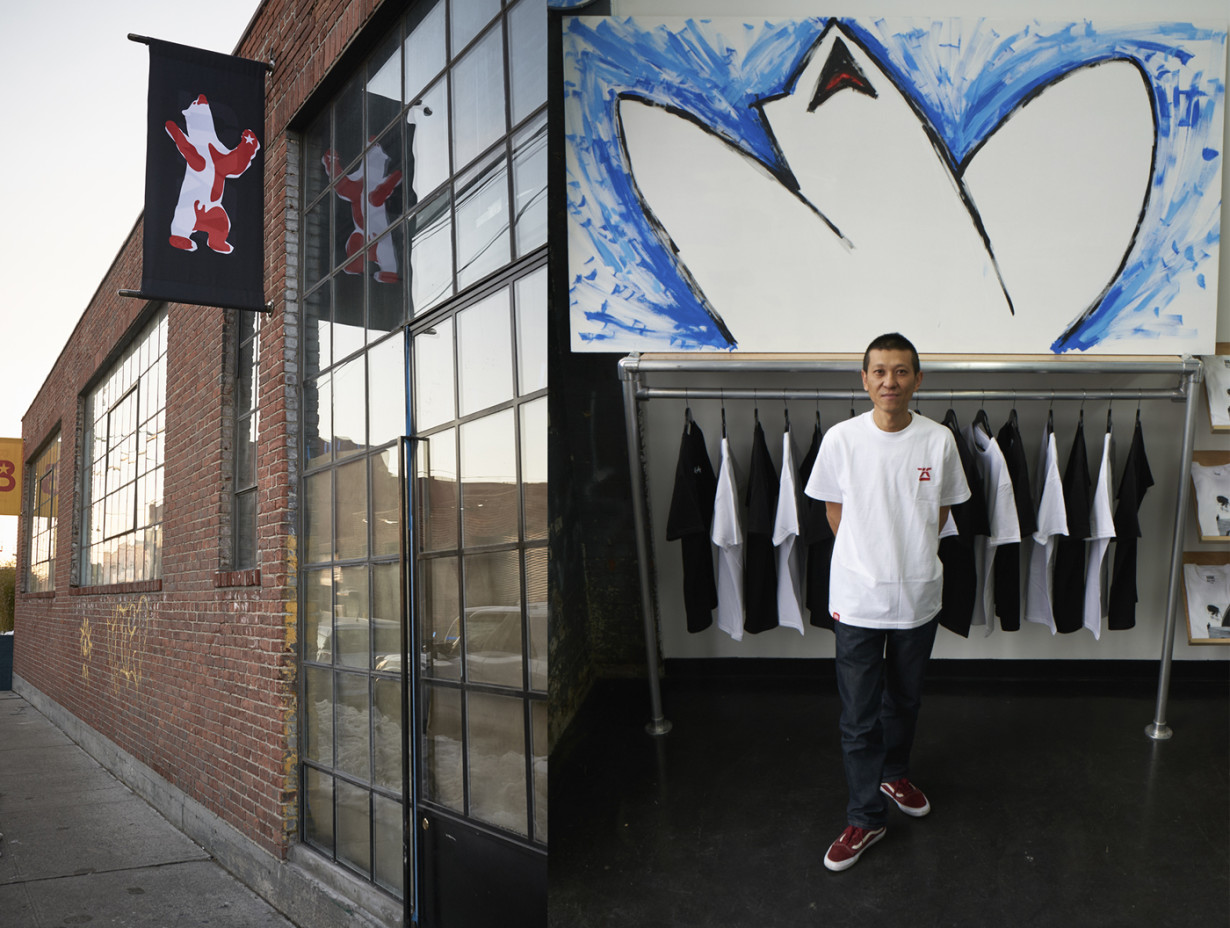 Over the past few years, skateboarding has had a sustained effect on fashion. Designers have co-opted logos and styles, while young brands often use the sport to showcase their edge. But a few skate brands have maintained their identity despite the trends, like Peter Huynh’s UXA. “I wanted to keep it true to the sport, true to the passion of it. If I want to take UXA somewhere else, it wouldn’t be the same—it would be like everyone else,” he explains. “And the reason why I focus on skateboarding is because I’m a skateboarder.” Huynh is committed enough to this passion that he’s now opened the first UXA store in Brooklyn to reassert the culture and provide a space for a new generation of skaters.

Located in an industrial part of East Williamsburg, the neighborhood isn’t the kind of place the Queens native skated during his youth: “When I was growing up, my parents were like, ‘Definitely don’t go there. It’s in the cut.’ I just picked up a skateboard at fourteen, and exploring Brooklyn was more like, ‘Hey, let’s get a group of kids together and let’s ride to McGuinness and buy a dime bag of weed.’ God only knows what was in there.”

But Brooklyn has shifted in the ensuing decades, and Huynh has been quick to learn about the local scene. “There’s a huge skate community here,” he excitedly points out. “An eight-minute skate [from the store] is a public skate park called Cooper and that’s where I’ve met all the younger generation of skateboarders. Also some older cats are making their pilgrimage to go skate that park already. It’s really fun.” To boot, the store is adjacent to Bunker, the popular Vietnamese eatery founded by Huynh’s hometown friend Jimmy Tu. In true collaborative fashion, Tu offered the retail space to Huynh, while Huynh reciprocated by working on merchandising for Bunker. The boutique promises to be different than other skate shops, and Huynh is approaching it with the same experimental attitude that has always influenced UXA. His plans include contests outside of the shop, late-Eighties and Nineties skate films projected onto the exposed brick walls, and guest artist displays, but even the product offerings will be unique enough to make UXA a local destination. “We’re not carrying other product unless it’s a collaborative effort, in limited runs,” Huynh says. Many brands have grand ambitions, and can capitalize on this interest in skateboarding, but Huynh is more focused on the culture he grew up with. “I think if you step back and think about it from a value standpoint, it’s a little more valuable when you start pulling back on the mass production of it. Not only because you want it to be authentic, but because you also don’t want it to be like everyone else.”

The first major release is with photographer Ari Marcopoulos and skater Ryan Hickey, both of whom helped define the New York skate scene in the Nineties. “At that time, there was no skate culture being reported back to the big world of sidewalk surfing on the West Coast,” Hunyh recalls. Marcopoulos was already shooting major downtown figures, including Jean-Michel Basquiat, but he wanted to photograph the skate world. “We were fortunate to have Ari document the early years of our youth,” Huynh says. “One of the most iconic images that I gravitated to was Ryan doing a frontside ollie in front of the Brooklyn Bridge banks.” That photo ended up appearing on the decks and tees that launched at the store opening.

“A lot of brands you’re seeing now are outsider brands, and I feel like the skate culture, the reason why it’s so sought after right now, is because it’s a rebel sport in some sense,” Huynh muses. With this new store and the collaborations that come along with it, the designer isn’t just reaffirming skate culture, but giving people a place to engage with it themselves. “What’s captivating about that to me is there’s a rawness in that culture, and that’s youth, and I’m all about that. And that’s what drives me to explore these ideas through UXA, because it stands for that type of experimentation within this culture. It’s important for the new generation to have their very own platform.”