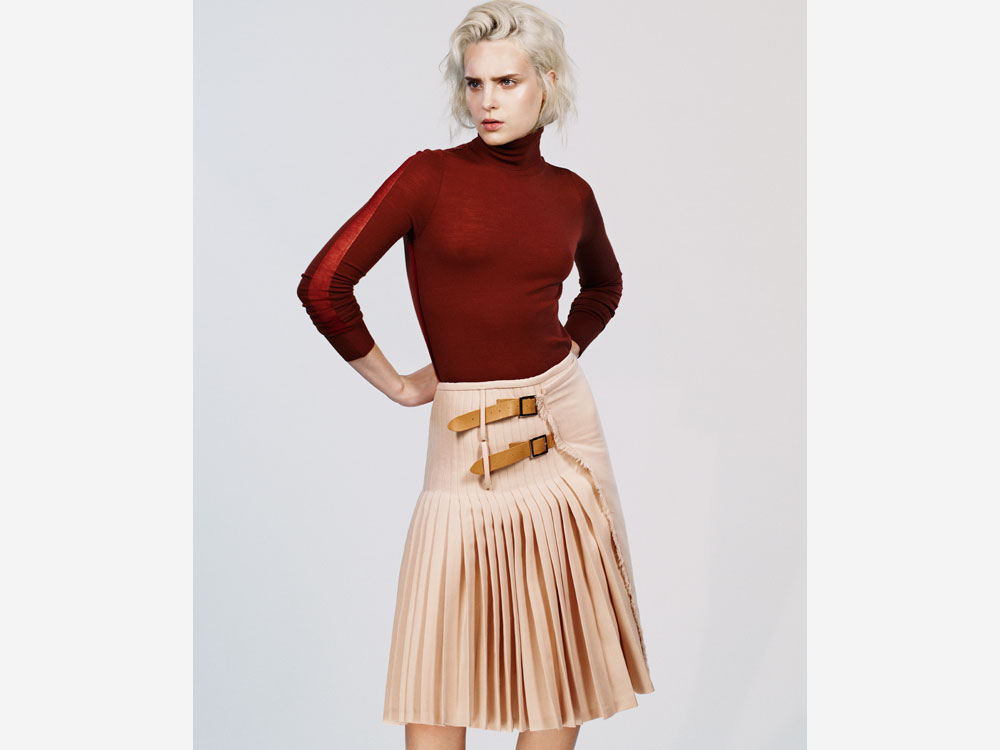 All clothing by Adam Lippes.

“It hasn’t even really been a restart. It’s launching a new brand,” Lippes explains. His team now is smaller—he has two co-designers—and they’ve been working out of his Soho apartment and a Greene Street studio.

It’s a different scenario for a guy accustomed to having major backing. Apart from a few pieces stitched in Italy, everything is sewn in New York, and Lippes considers it a major coup that he convinced the men’s tailor he works with to make women’s jackets. There are heavy silks, Swarovski embroideries, time-intensive finishes and handiwork, and thousand-dollar dresses—in short, a level of refinement you wouldn’t have seen at the old Adam.

“It’s given me a lot more freedom,” Lippes says of his label’s new orientation. Now, if he feels like it, he can play with the occasional long dress or evening look. He spends more time on each piece, and the mind-boggling rotation of busy mood boards has given way to a more patient and streamlined creative process. At the same time, this isn’t entirely new territory. “Style-wise, it’s not a departure, because I think we were the most sophisticated of the contemporary brands,” Lippes theorizes. And he knows his way around fancy fabrics from his time as global creative director at Oscar de la Renta.

So far, things look promising: Net-a-Porter and Saks Fifth Avenue are selling the clothes already, as well as a handful of in-the-know specialty stores such as Kirna Zabête. Basics launched online in early August, and the popular Adam t-shirts, which Lippes says he’s tweaked for fit and returned to their original quality, are available exclusively on the Adam website.

Lippes, who’d entertained the idea of opening a small hotel in Brazil rather than go right back to designing, seems relieved to have arrived at this position. “In hindsight, I was very fortunate,” he reflects. Not many designers get their label back at all, let alone so soon after realizing they miss it. “I love what I do, and don’t see anything I want to do more,” he says, then pauses. “Maybe one day I’ll have the hotel, too.”

Freelance writer Darrell Hartman is a regular contributor to Style.com, Town & Country, and The Wall Street Journal. He is also co-founder of the travel website Jungles in Paris.