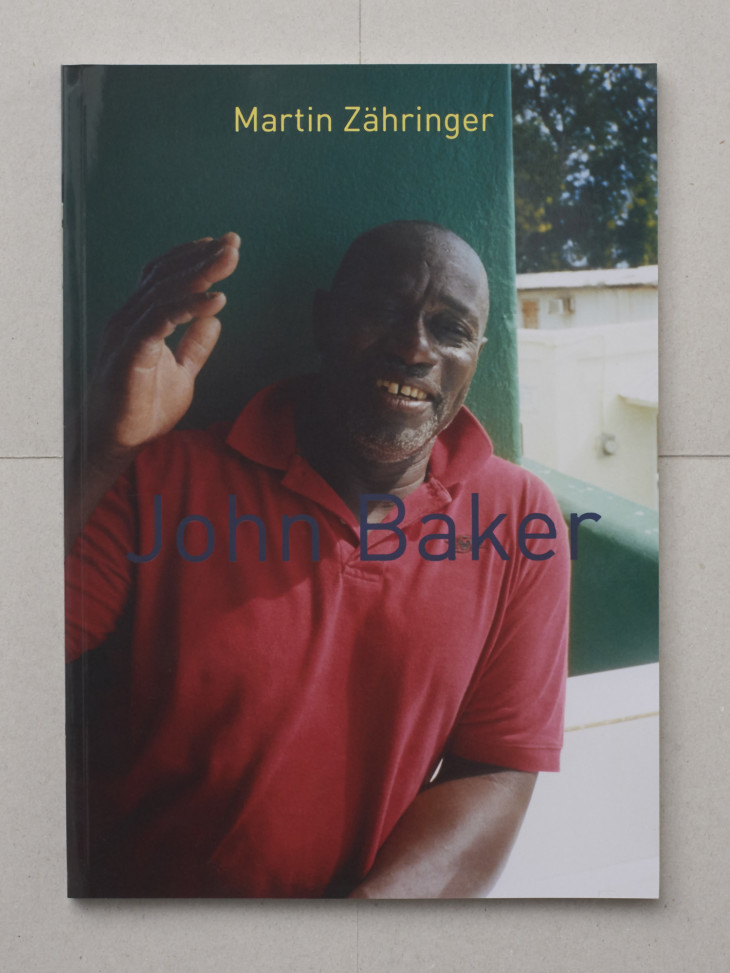 In June of last year, the photographer Martin Zähringer was traveling in Barbados when he met John Baker. They crossed paths, by chance, near a fish market where Baker was painting his boat. “I just found him very interesting straightaway,” says Zähringer. “You know, when you meet someone that you would probably get on with and you’re quite certain of it.” After they got to talking, Baker invited Zähringer to go fishing the next day, and the photographer accepted.

A few months later, the London-based Zähringer returned to Barbados to photograph Baker for what would become his first book. The visit would last only eleven days, the first three of which were spent waiting, with the help of rum, for the ocean to calm down in the wake of Hurricane Irma. Once it did, Baker offered Zähringer carte blanche to document his life. “He said, ‘Do what you want, it’s not a problem for me,’” Zähringer recalls. With his cameras wrapped in makeshift cases cut from an old plastic shower curtain, Zähringer joined Baker on his boat. The plan was that there was no plan. Zähringer would live alongside Baker, both on water and back on shore, capturing the facets of his life, like fishing and cooking and his love of American football T-shirts. The project’s lack of structure would organically imbue the pictures with a sense of openness. “I wanted it to build while I was there and while I was getting to know this person,” Zähringer says.

The resulting book, John Baker, offers a “global look at someone’s life and all the aspects of it, positive or negative,” as Zähringer describes it. The images exist without judgment and are free from any evidence that he was there—except, of course, for their perspective. As far as photographer-subject relationships usually go, extended time can build trust but diminish a sense of excitement. Their immediate connection provided Zähringer the opportunity to take pictures with a feeling of both exploration and familiarity—to be both a visitor and a companion. John Baker is Zähringer’s most personal work to date, though his other work is no less revealing. His photography career includes fashion editorials for publications like Self Service, lookbooks for Margaret Howell, and issues of his own magazine, Is In Town, all exhibiting his signature qualities of warmth, acceptance, and genuine curiosity.

His objective for John Baker is to “not just convey one idea in the book, but a multitude of things.” In other words, for it to be a whole, nuanced portrait of a subject, collaborator, and friend. A true passion project, the book is self-published in a limited edition of one hundred and fifty, and a cut of the sales goes to Baker. Thinking of their time together in Barbados, Zähringer says, “I hope that I will be able to go back there soon.”

John Baker is out now. Pick up your copy here.