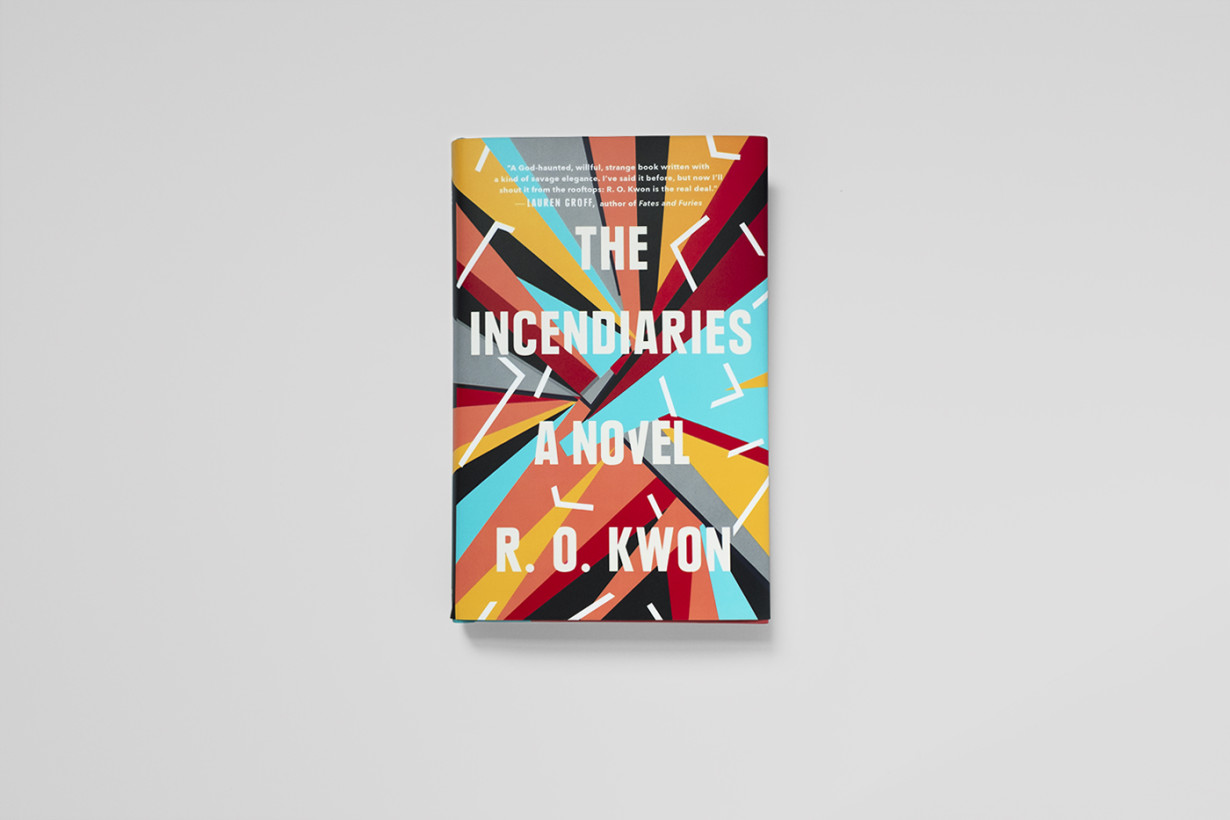 Starting off with a bang—quite literally—RO Kwon spares no readers in her début novel The Incendiaries. Telling a story of love, loss, and religious fervor in the era of youth, Kwon, who took ten years to finish this book, writes with a cadence that helps maintain a constant, humming energy and a steady voice within a novel with plenty of smoke and mirrors.

The story tells of Will and Phoebe, two young adults entering the fictional Edwards University for their first year. Together, the pair weave a tapestry of tremendous emotional baggage as they embark on the start of their adult lives—with (unsurprisingly) disastrous ends as Phoebe ends up enmeshed in a religious cult and goes on to bomb a number of abortion clinics. Will, a former evangelical, is left struggling to understand how she fell under the sway of John Leal, who was held in a North Korean prison camp during his twenties after being caught trying to smuggle out refugees (if that ever actually happened). John looms over the relationship like a ghost, almost more dominating in his absence and silence, as Kwon builds strong and detailed images of the couple. The author embraces this painful future as early as the book’s second page, writing, “Buildings fell. People died.” What might feel like a spoiler is actually just her way of helping readers start to build ideas and look for clues in her prose. “I do try to be careful about [how I talk about the book at readings]. I know people do get very upset about spoilers and they don’t want to hear about spoilers, but personally, I don’t care. I want to know everything that happens,” Kwon explains about her own process of reading or binge-watching shows such as Friday Night Lights, one of her current favorites. “When you’re re-reading, you pretty much know what’s going to happen. So then I can focus on the product on the next level, the undertones.”

Much like riding a rollercoaster, the pleasure of the book comes as it revs up very slowly, with an uneasy anticipation as to when the ride is going to suddenly drop. It is best described by one of its own characters: “It’s how people talk about going bankrupt, right? It’s gradual, then it happens all at once.” The reader knows what is going to happen, but is still on her toes with anticipation for that moment, which comes late in the book as it delves into the relationship between Will and Phoebe.

The Incendiaries offers a tiny glimpse into the life of Will, but the reader never fully understands him, mirroring the experiences of the rest of the characters, none of whom, as in real life, ever seem to truly know anyone else. The majority of the book is told from Will’s perspective as he tries to piece together how Phoebe fell under John Leal’s spell, but its timeline is as shaky and unplaceable as on an episode of Westworld. He reiterates that he can’t be sure he remembers things correctly or if parts of his memory are entirely fabricated in hindsight. There are chapters that seem to be from Phoebe’s perspective, but at times it’s not clear if we are truly reading her thoughts or if we are reading Will’s best guesses at what her thoughts might be. Kwon plays around with perspective, so at times it’s very clear (“Phoebe might have said…”) and other at times, not so much.

Just as anyone who has ever fallen in love or been captivated by a new relationship spirals into his own feelings, Will oozes lust and urgency whenever Phoebe is around. He is all-consumed by this wounded girl who puts on a brave face but, as often happens, he begins to romanticize every aspect of her until he does not recognize the real flesh-and-blood girl standing before him. The reader can sense the desperation and feel his jealousy as Phoebe falls further into the depths of John’s influence and grows emotionally distant. It is this obsession and possessiveness turned to action that ultimately push Phoebe into the arms of another, leaving Will alone and reeling for both his lost love and his lost faith.

“In my writing, I’m so much less interested in what happens than in why and how,” says Kwon. She has found that the less intention that goes into her writing, the more she can figure out what feels right for the story and the characters. In what she dubs a “haphazardous” ten-year process, she spent hours writing and re-writing the first chapter, helped along by advice from the authors Lauren Groff and Charles Baxter. It was at around the two-year mark when Kwon says she started to hit her stride and form the more solid ideas the book delves into.

The Incendiaries is short and sweet, packing a punch in nearly every line. Kwon interpolates so much description—Phoebe’s eyelids are “patterned in faint blue,” her “beige coat halves rose, floating behind bared legs,” “punch-stained red cups split underfoot, opening into plastic petals”—that it is easy to forget how guileless our protagonists’ surroundings are. We never hear about text messages or the internet, a conscious exclusion because, although never stated outright, “This is college in the early 2000’s,” she explains. “They have cell phones, there is technology, but it is not used as avidly.” The constant inundation of information that comes from the social media obsession of today’s youth would have ruined the fragility of the characters, when knowing too much becomes a weakness and makes it hard to see beyond what one has curated as her own image. The more Will works at picking apart Phoebe’s transformation, the harder it becomes as he faces the truth that he may never understand the inner workings of the girl he thought he knew. The realization is, like so many at that pivotal point in life, both a disappointment and a revelation. “This has been the cardinal fiction of my life,” he explains, “its ruling principle: If I work hard enough, I’ll get what I want.”

The Incendiaries is out now. Pick up your copy here.