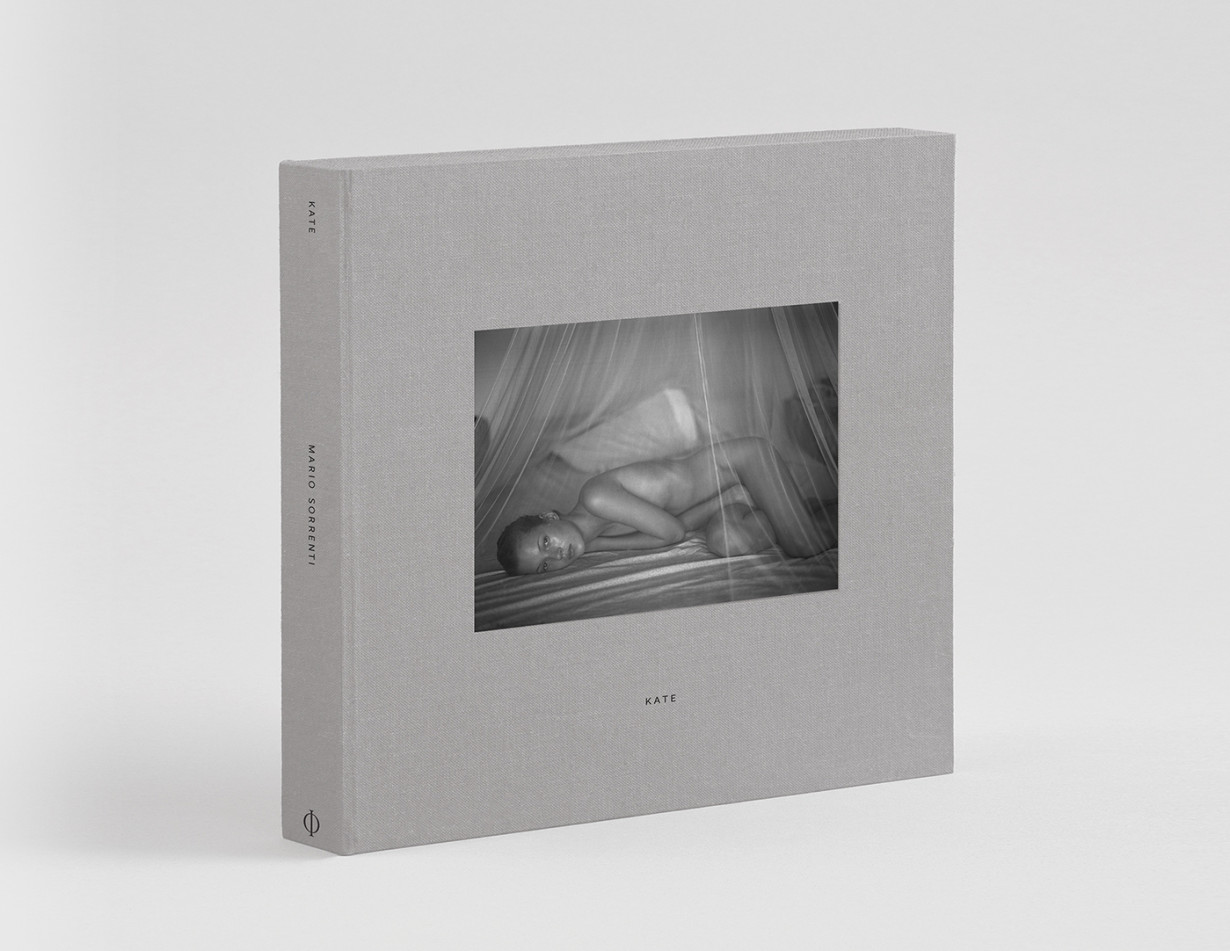 Every year since the Nineties icon Kate Moss was first discovered at JFK Airport in 1988, it has become increasingly difficult to imagine that any inch of her image remains foreign to the camera, to the public eye, to the consumer. Her unmatched versatility quickly launched her to the top of the fashion industry and then into the wider realm of pop culture, where she came to represent heroin chic and the grunge era and eventually an entire decade. But before she became the ubiquitous and inimitable Kate, her piercing gaze met only a small circle of lenses.

One of those lucky photographers was Mario Sorrenti. At twenty years old, he and Moss sank deep into earnest, adolescent love, and while their relationship eventually expired, his adoration for her lives on in photographic memory. Last month, Sorrenti and W Magazine creative director Dennis Freedman released Kate, a collection of fifty previously unpublished photos—each an exquisite slice of Moss’s pre-fame glow—bound by a gray hardcover. Sorrenti describes the curating process as “very simple but long,” as he and Freedman had to sort through two years of photographs before launching into a yearlong editing phase. The project began when Mary Frey, Sorrenti’s wife, discovered the early negatives while going through his archives. “We were both surprised by how beautiful some of the images were,” Sorrenti recalls. The book brims with nostalgia and intimacy, or as Calvin Klein saw it, “Obsession,” as this very collection of images inspired his famous 1993 campaign for that fragrance, a breakthrough moment for both Moss and Sorrenti.

In Kate, we discover Moss’s irresistible innocence, once exclusive to Sorrenti’s journals and now reverently shared. His infatuation with her was (and is) violently contagious. It was his vision that propelled her to timeless superstardom. He launched an icon—and now he’s showing us how.

Kate is out now from Phaidon. Pick up your copy here.