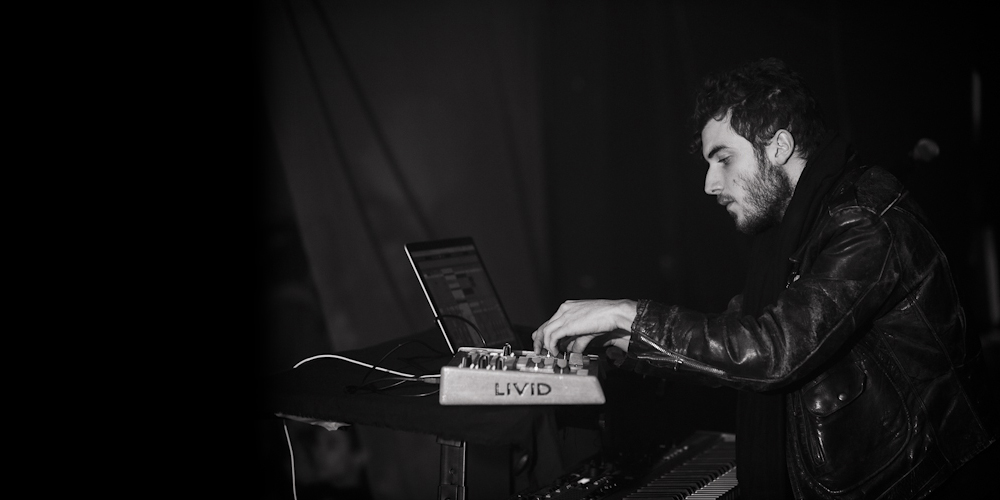 The Brooklyn Electronic Music Festival, taking place across nine venues on November 7 and 8 in Williamsburg, has always been kissed with happy chaos. First held in 2008, BEMF, as it’s nicknamed, has been an important platform for new electronic artists and a kind of after-hours block party for the Brooklyn music scene that feeds it.

BEMF is a king-maker, showcasing rising talent, showcasing new DJs, and a swathe of musical styles that touch every corner of electronic music. A slice of this year’s lineup includes names like DJ Shadow and Todd Edwards, as well as hot acts like Cut Chemist, Lindsay Lowend, Gaslamp Killer, and Fort Rameau. “It’s an inside-out mentality,” says Katie Longmyer, one half of the creative duo that is responsible for BEMF. “A lot of times we start from the community and the artist first and communicate that feeling out rather than looking at a market.”

Longmyer has become something of a creative linchpin, bringing together makers in music, art, tech, fashion, and more through her partnership and brand agency, Good Peoples. “I like to call myself a business artist,” Longmyer explains. “I help create experiences which are rooted in people, places, and things, which is not the traditional sense of art. I’m not using paint, or metal, but the finished product”—an event like BEMF—”is a piece of art to me.”

Longmyer has built a thriving community of New York artists that collaborate frequently and in unexpected ways.”The word that gets thrown around is ‘maker.’ I’m a maker myself. I don’t see any situation where I could not be making something. [My crew] will be sitting around and we’ll be like, ‘Yo, tomorrow we should do a block party,’ and we’ve got so many creative people that we’ll have a painter be like, ‘Yeah, I’ll make something for that.'”

The principle of spontaneous creation has influenced BEMF this year. “I work with people who eat, live, and breathe this stuff, sometimes to their own detriment. They’d rather be arrested for doing graffiti then take a desk job that they’re not happy with, you know what I mean?”

BEMF is a crown jewel in Longmyer’s portfolio but the festival, like every project, is another stepping stone. “I consider myself a forever student,” she says. “There are two things I see around the most successful people: they are people that always want to take risks and people that always want to learn. You are permanently vulnerable and willing to jump off the cliff.”

The Last Magazine has partnered up with BEMF to create an exclusive playlist curated by Longmyer. “Every track here is created or reworked by someone on the stages of BEMF,” she says. “These tracks, by some of my personal favorites, are eclectic and filled with vibes. Just like Brooklyn.” Check out the playlist and Longmyer’s track notes below.

1. “Inspector Norse (Little Bootleg)” by Little Boots
How could I not jump it off with this one? Ladies first.

2. “About Love (Eats Everything Rework)” by Roy Davis Jr.
Check out this video which is what had me jump on the Eats Everything train a few years back.

4. “Thinking About You (Billion Remix)” by FMM: Yasmin
5. “I Crave Paris” by Aeroplane vs Flight Facilities
Both of these tracks on repeat forever. By the way, have you seen the Flight Facilities video for Crave You or checked out their newest record, Down to Earth that just dropped?

16. “I Want You Back-Canblaster Rework” by Surkin and Todd Edwards
This record was put out by our Paris family Sound Pellegrino/Teki Latex who graced the turntables of BEMF at Output last year. Todd Edwards is a legend that you most likely know due to his Daft Punk fame, but his discography goes way beyond.