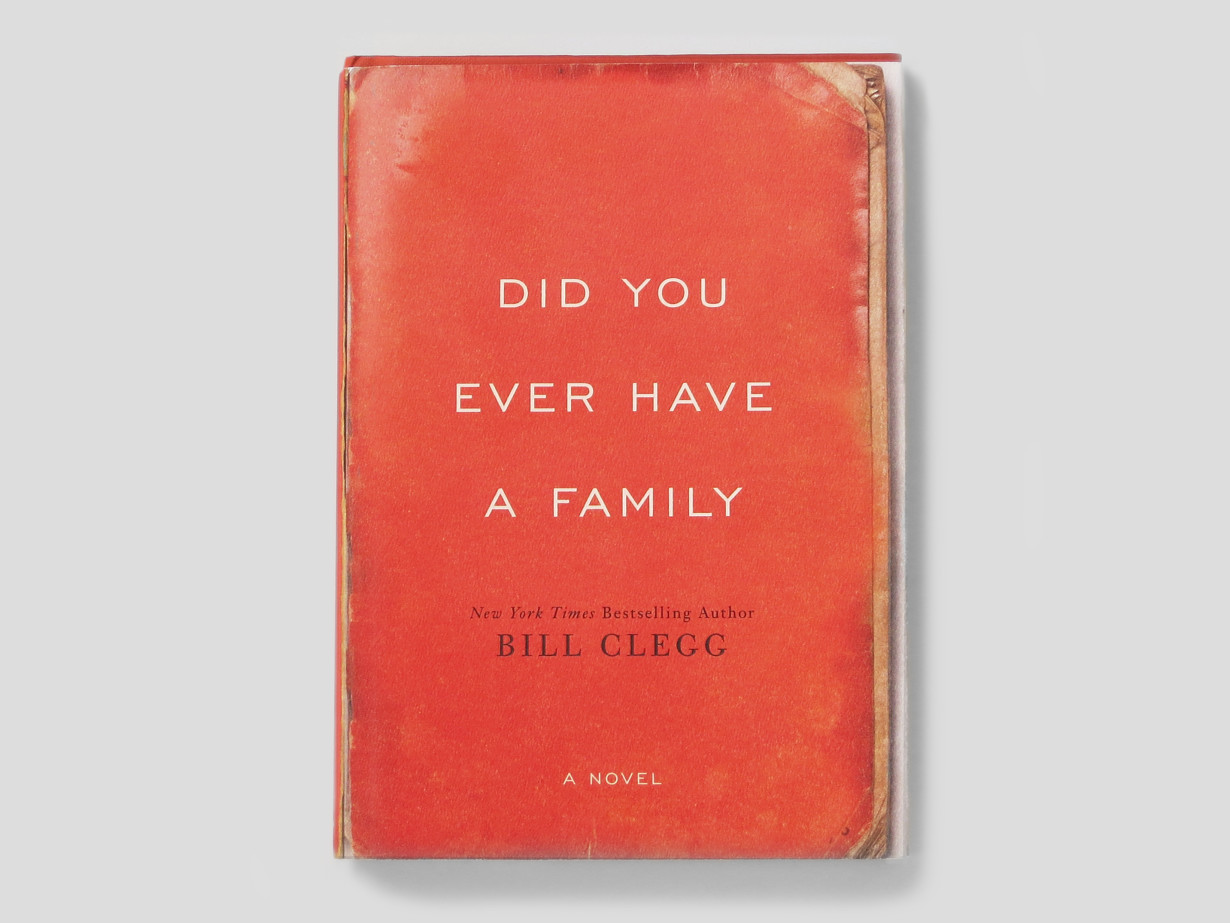 BILL CLEGG'S 'DID YOU EVER HAVE A FAMILY'

Writing students have long been taught to “write what you know.” It’s flawed advice, inflexible and harsh, and often misunderstood, but they’re words that the author Bill Clegg has found some use in. His first two books, Portrait of an Addict as a Young Man and Ninety Days, detailed with painful honesty his struggles with a crack addiction as a rising literary agent, mining his own past to produce a pair of memoirs that refused to soften the edges of his experience. For his new book, his début novel Did You Ever Have a Family, Clegg returns even deeper into his past to the small Connecticut town he grew up in, but moves far beyond his own life to study loss, regret, and the impossibility of human connection.

Did You Ever Have a Family centers on June Reid, who loses her only daughter, her boyfriend Luke, her ex-husband, and her future son-in-law in a fire the night before her daughter’s wedding before quickly disappearing in a cloud of sorrow. In clean, pared-down prose, the novel swirls into a kaleidoscope of voices, some of them main characters, others bit players, to form a multifaceted dissection of grief and accusation in a cloistered community. “If anything even mildly dramatic happens in a small town, it’s the subject of instant chatter,” says Clegg, “so I just imagined this woman leaving with some drama and what was being said about her.”

That tone of neighborly gossip, blithe and unheeding, spread both in judgment and in sympathy, serves to deepen the gaps between Clegg’s characters, emphasizing the unknowability of others. June, a wealthy, cultured New Yorker who comes up for weekends, and Lydia, Luke’s mother, are met with special criticism from locals, both of them seen as outsiders in a town where conformity is key. The form of Did You Ever Have a Family—which, with its multiple narrators, takes its shape from oral biographies, especially Jean Stein’s of Edie Sedgwick—heightens those divisions further. “There’s a lot of presumed difference between people at first blush—difference in class, difference in race, difference in age, difference in sexuality and all those things,” Clegg says. “As you get to know people, there tends to be much more common ground and less difference. I wanted to show the difference between what was said about people and the truth.”

Clegg says he made the move from nonfiction to fiction gradually and almost unwittingly. While researching for Portrait of an Addict, which was subsequently adapted into a film in which he was played by Zachary Booth, he found himself taking a hard look at his hometown and finding surprising inspiration. “I was actively, physically remembering where I grew up, after having spent my college years and my twenties and some of my thirties actively not remembering where I came from,” Clegg explains. “I just really started looking at this place where I grew up with different eyes and I became interested in it, and during that time I felt this compulsion to write down stuff that would come to me about the place. Then at one point, I just wrote these three words, ‘she will go,’ and I didn’t know who she was and I didn’t know where she was going. From that point forward, it just bloomed as fiction. It sprung up in the middle of writing the memoir and gathered a life of its own. I didn’t name it as fiction first—I kind of backed into it.”

That transition came with many surprises of its own, even for Clegg, who has shepherded many authors and manuscripts through the publishing process in his years as an agent. There was, he says, something in a way even more revealing and exposing about writing fiction than memoir. “Once I had gotten knee-deep in it and painted myself into a bunch of different corners and didn’t know the way out, I recognized how much more difficult [fiction] is,” he laughs. “I was working with a known chronology of events in both memoirs, but [with Did You Ever Have a Family] there were moments of great doubt and agony because you’re really imposing this fake world onto the page and then creating a narrative with it. It’s a hundred percent concocted. There’s no place to hide.”

Did You Ever Have a Family is out now from Scout Press.