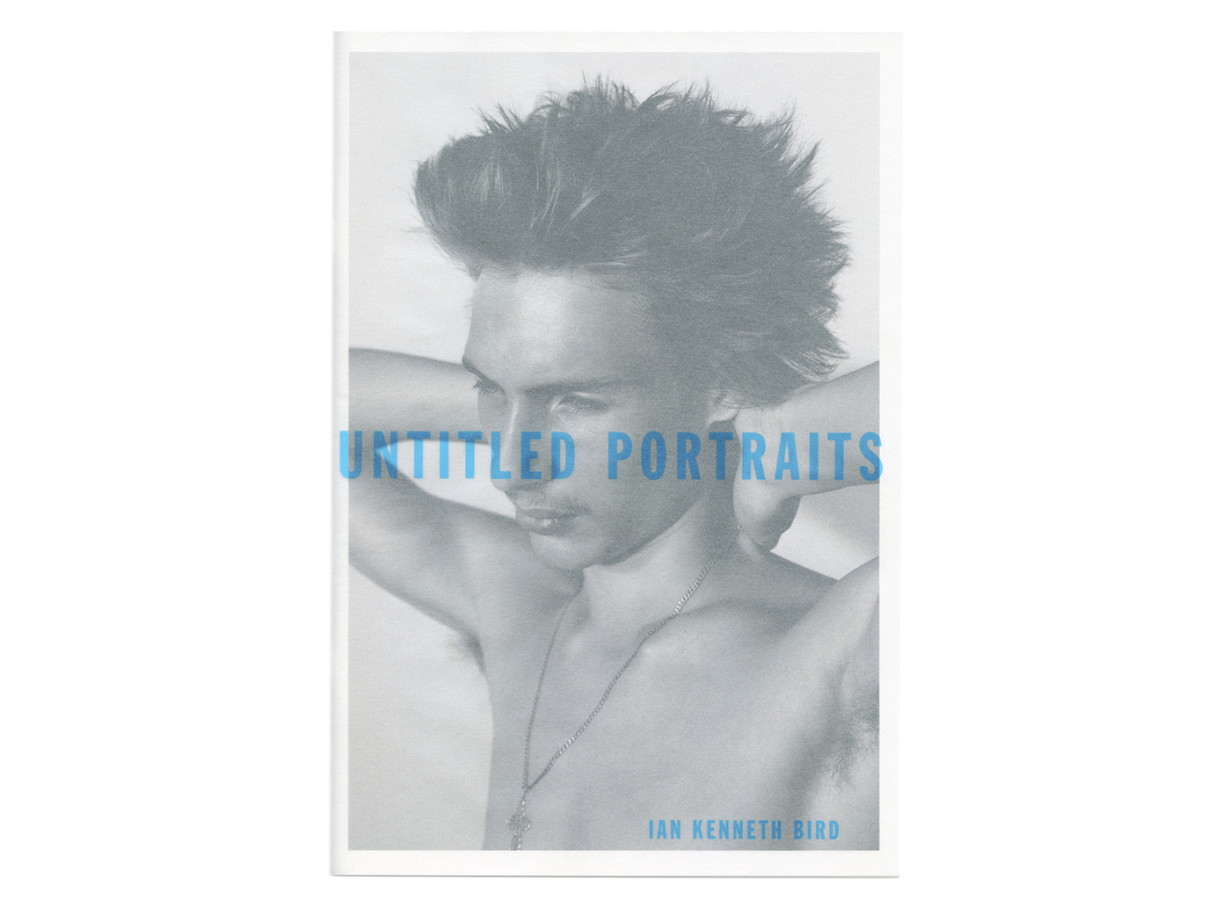 Ian Kenneth Bird started skateboarding when he was a teenager. Then about ten years later, he picked up a camera and began shooting his friends as they skated around East London. His hobby eventually turned into something more purposeful, which culminated in 2016 in Don’t Know What I Want But I Want It Now, a set of twenty postcard-size black-and-white portraits that manage to feel at once candid and considered. They were packaged in a handmade box and published in a limited edition of a hundred signed copies.

Now twenty-seven, the British photographer is releasing Untitled Portraits, a book of crisp images taken in a studio, a location chosen because Bird sought “a much more refined environment as my work has developed.” As for his subjects, he continued shooting his contemporaries in the straightforward style for which he’s become well known. “Casting has always been important to me,” he says. “Everyone we shot came in their own clothes and we developed on their own hairstyles as I wanted them to still feel like themselves.” He worked closely with groomer Michael Harding and graphic designer Bruce Usher to see this project come to life. After the launch of his first publication, Bird found commercial success in the fashion industry, working for clients like Dior Homme, McQ, and Carhartt WIP, as well as creating editorial work for magazines like i-D and Dazed & Confused. He also published another personal project in 2017, a 32-page wire-bound zine titled Archie, which featured images of its namesake subject both indoors and out, in activity and in repose, clothed and bare-chested.

Untitled Portraits builds on Bird’s studies in portraiture, effusing the careful, pensive nature of a still-life painting. The pictures feel quieter in comparison to his earlier work, which often captured calm moments, but sometimes conjured sounds of wheels rolling over asphalt and the snap of a wooden board hitting concrete. The intangible quality that reveals itself in all of his photos, however, is the sense of honesty with which he applies his natural talent. As he says about his latest book, “I’d like it to be seen as an accessible series of portraits; the simplistic design and matter-of-fact title were chosen in order to avoid masking the series as something else.”