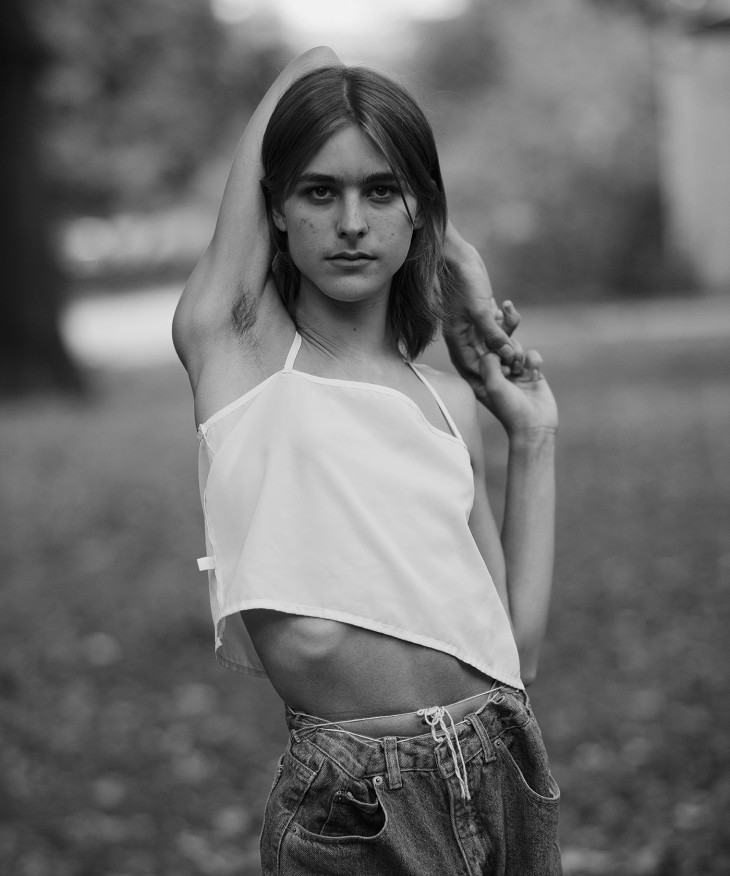 “He found me sucking down a cigarette in an alley behind Up & Down, a swanky club usually frequented by Russian models and buttoned-down financiers,” writes actress and model Hari Nef in her foreword to Young New York, photographer Ethan James Green’s first monograph. Green asked if he could take her picture, and that proposition, on a night in New York City’s Meatpacking District in 2014, marked the beginning of their friendship. It was also the start of his career documenting his contemporaries, including artists, models, and friends of friends, many of whom are part of the city’s queer community. Collected in Young New York, which the publisher Aperture celebrated at its Spring Party last week, these portraits span the following four years and represent a creative class that some would say had disappeared from the city a long time ago.

Green moved to New York in 2008, when he traveled with his dad from Caledonia, Michigan, to meet with modeling agencies. He was seventeen and he finished his high school education online after signing with Ford Models. His career in front of the lens connected him to David Armstrong, a photographer who was known for his intimate portraits of men and his association with the Boston School, a group of Massachusetts-based photographers who focused on portraiture. After Green expressed interest in taking pictures himself, Armstrong became a mentor to him, offering him time in his studio. Green had spent his childhood experimenting with photography and suddenly found himself with the resources to explore it more seriously, in addition to assisting Armstrong on his shoots. Before Armstrong’s death in 2014, Green organized a sale of his archival work. He was struck by a series of photos from The Silver Cord, a 1997 book of black-and-white portraits taken in parks or friends’ homes. They inspired him to make business cards and start approaching people he’d love to photograph, which is how he met Nef.

Since then, Green has built a career for himself doing commissioned work for magazines and fashion houses, though Young New York is the first personal project he’s published. The portraits featured in the book are black and white and most are taken against the backdrop of the Lower East Side’s Corlears Hook Park. Green has been compared to Diane Arbus for his similar subject matter and setting, though his pictures are marked by his personal connection to the people they feature. His work has also been recognized for its tender depiction of trans, non-binary, and queer people, and for its timeless quality. After their first photoshoot, Nef ran over to Green to see the images. She writes, “I peered down over Ethan’s shoulder and—to my surprise—saw myself.”

Young New York is out now. Pick up your copy here.