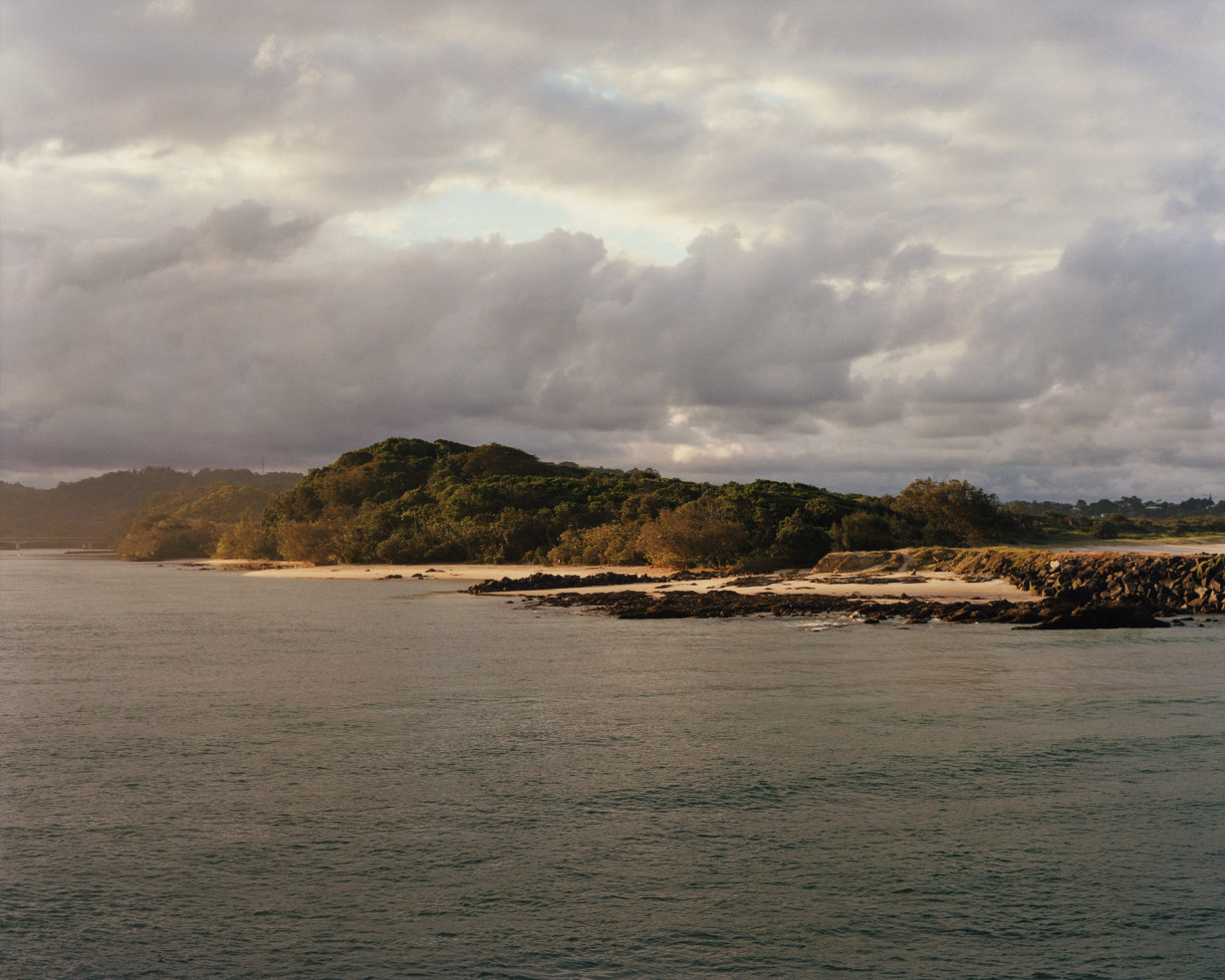 The Northern Rivers region of New South Wales, Australia, is bordered by a mountain range to the west and white-sand beaches along the Pacific to the east, forming something of a cradle for the fertile valleys of three rivers. It’s also the childhood home of Pani Paul, one half of the photography duo Lola & Pani, and where he and his partner, Polish-born Lola Paprocka, often travel from London, where they live and work, back to his hometown to escape the cold.

On a solo trip to visit his family, Paul came across a group of young men swimming in the water underneath a bridge. He learned they called themselves Our Strong Brotherhood, a name meant to reflect their sense of community. “They have a strong connection to one another and seem to really cherish their tight-knit crew,” says Paul.

After talking and taking pictures, they arranged to meet again the following summer, this time with Paprocka, to be more formally photographed. “We were really attracted to their haircuts and the way they dressed head to toe in sportswear,” says Paprocka. “This is opposite to the alternative, hippie lifestyle the area is known for.” A year later, they spent nearly six weeks photographing the Brotherhood doing things like jumping off cliffs into watering holes and swimming in the area’s namesake rivers. Paul’s previous visit helped to establish a level of trust between the photographers and their subjects, which, in turn, imbued the pictures with a certain warmth. “It’s important to us that there is a mutual respect between both parties while we are working,” says Paprocka. “We always want them to be confident and comfortable in front of the camera.”

The resulting book combines portraiture (a longtime focus of Paul’s) and landscapes (Paprocka’s specialty), both photographed with a striking timelessness. “Being there with Lola helped so much because she had perspective and really inspired me,” says Paul. The two met in a bar about eight years ago and began working together in 2016. They do a mix of commercial work, for clients like Burberry and Italian Vogue, and personal projects like Northern Rivers. Reflecting on the book, Paul says, “It’s a very nostalgic project for us. We hope it will inspire some fond memories from the audience of summer holidays that seem to never end, spending the long days with people who you’re convinced will be a part of your life forever.”

Northern Rivers is out now. Pick up your copy here.