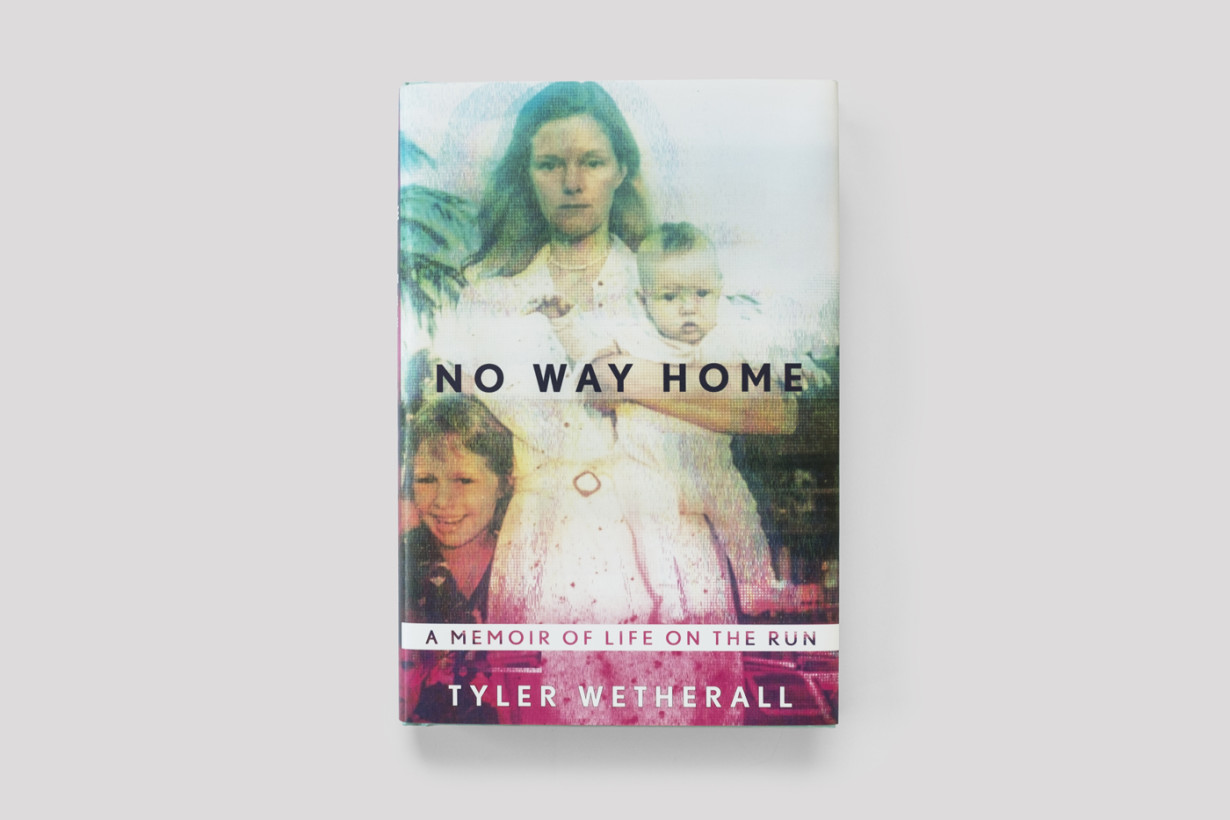 Making the move from London to New York was no big deal for the writer Tyler Wetherall. Having lived in thirteen homes and five countries by the time she was nine, she found the ability to simply pack up and make home elsewhere came almost naturally. As a child, she didn’t think much of this restless existence, but then one evening, Scotland Yard came to her house and she found out the real reason behind her family’s constant change of address: Her father was a fugitive on the run from the FBI.

This background is the basis of Wetherall’s début memoir No Way Home: A Memoir of Life on the Run. The young author arrives at a meeting in a light-filled café pulling out of her pockets, among other things, a little toy dinosaur. “Look what I’ve just found!” In her book, Wetherall writes that she and her family shared a habit of giving objects a story. They named every house they lived in, the cars they drove, and even the turkeys they ate for Christmas. When asked whether the minuscule prehistoric creature has yet been named, she answers, “No, not yet. What shall we call him?”

The significance of names and identity is not lost on those who read Wetherall’s story. Up until she was nine years old, she had believed she was Tyler Kane, daughter of Martin Kane. She lived in a quiet house in the south of England with her mother, older brother, and sister and visited her father in London every other weekend. However, as her mother broke to her one morning, these visits would be impossible for some time. Her father had to leave the country for legal reasons, return date unknown. These reasons, it transpired, included being a key figure in one of the largest pot-smuggling organizations in the United States. Responsible for importing Thai Stick, a premium weed, the group landed thirty-five million dollars in its biggest single deal.

Now thirty-two, Wetherall’s commitment to writing this story reaches back to when she was just twenty-four years old. Her father was ready for the world to know his tale and, rather than let him hire a ghostwriter, Wetherall took it upon herself to narrate her family’s experience. You would be forgiven for thinking that her life is the plot of a movie. Detailing her father’s crafty escape from St. Lucia to the Netherlands, evenings waiting at appointed telephone booths for his call, as well as her family’s experience of finding themselves living among other fugitives for a time, the book makes for a thrilling read. She deftly navigates the reader through different moments, years, and perspectives, the connective tissue between her past and present working to understand what had happened and what it meant. With a background in journalism, she admits that something she had to initially grapple with was the line between fact and fiction. “Memories are little acts of fiction that we commit every day in our brain,” she explains. “Then you start realizing that what you’re experiencing of the past is, in all its haziness and fragmented nature, as true as anything else and that that has its space.”

Wanting to honor the truth of the story and those involved, it sometimes proved challenging for Wetherall to write about things that she was struggling to remember. She tackled this issue by studying neuroscience, a topic which she says is now her preferred non-writing reading. “The process of narrativizing the past changes the past,” she says. “Memories are always susceptible to change, but once you’ve committed them to paper like this, you’ll remember the paper version rather than any original memory. That ever-evolving process of the relationship between the memory and identity—the way we prioritize which memories we recall or the part where you fix them like this—kind of stops, because I’ve chosen to see the past like that and it will remain like that.”

What is perhaps most striking throughout the memoir is Wetherall’s sense of empathy for her father. She was, and still is, a doting daughter, someone who, in person, comes across as having had a stable upbringing. “People often ask, ‘How are you not more screwed up?’ and, well, we were always loved,” she offers. “I think that’s the difference with people who go through extreme events and don’t come out intact on the other side: It’s because that love is lacking. We were lucky, our family looked after each other.” Many fathers and daughters don’t experience that kind of life together, let alone write about it together. The experience, she says, has affected the nature of their relationship. “I think reading the book and seeing what we all went through and how we see it has really changed him,” Wetherall says. “I think he has felt very deeply what our experience was. He has a very deep empathy for what we went through, something he resisted for a while, but only out of self-preservation.”

With the release of a book that has been almost a decade in the works—going from biography to novel and, finally, to memoir—does she feel a weight has been lifted off of her shoulders? “Probably in a couple more years, when I’m sure no one has gone to prison as a result,” she laughs. “Maybe then I’ll relax.”

No Way Home: A Memoir of Life on the Run is out now. Pick up your copy here.