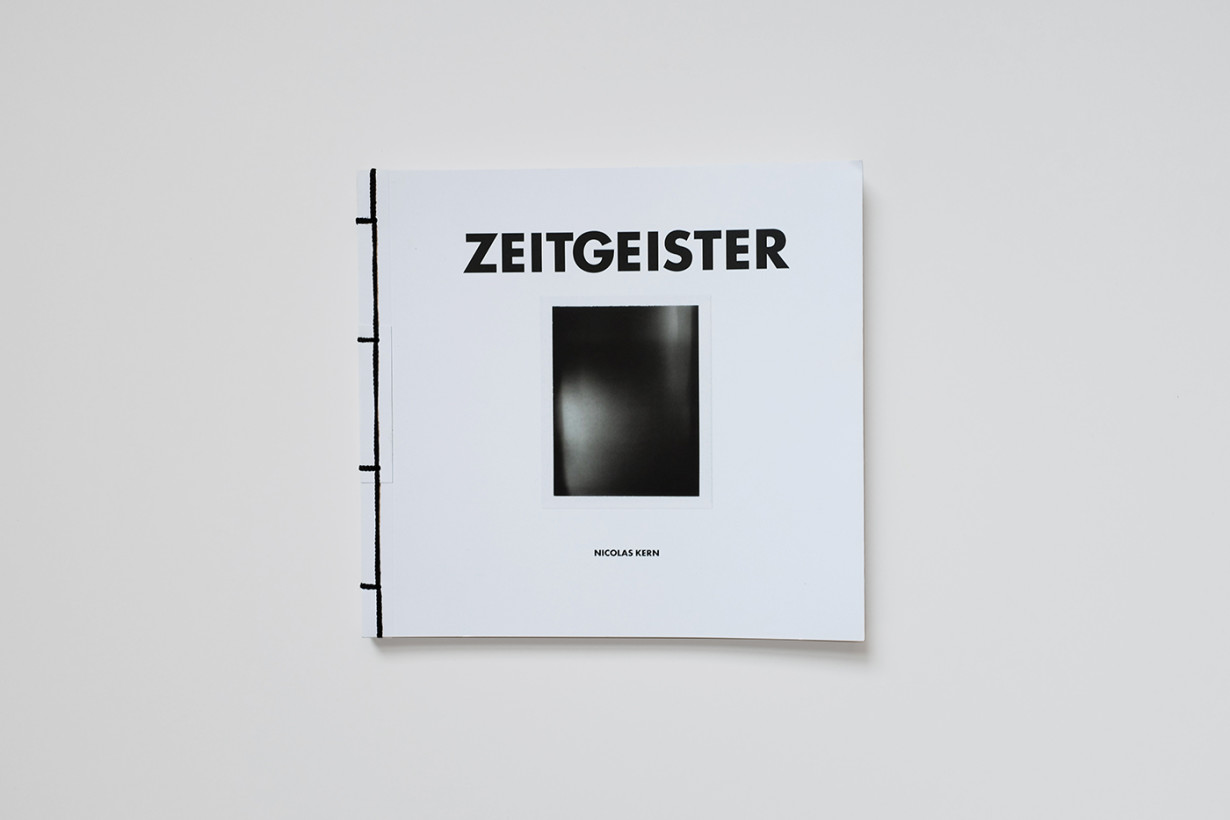 When the photographer Nicolas Kern learned that the original large-format peel-apart instant film Fujifilm FP was being discontinued, he set out to capture a generation of emerging models in a medium that was about to fade from the photography realm. “I thought something should be done before it’s gone, something should happen at the end of an era,” he says of the inspiration for his first book, Zeitgeister. “Somehow, we need to bring [the old and the new] together.”

The result is a beautifully bound book of portraits, for which he gathered and shot almost sixty models using a Sinar 4×5 camera with the now-discontinued film in the span of four days. “My approach was more to make it so fast and take away that element [of structure]. It turned into a documentary moment—almost street style, but in a studio,” says Kern of his choice to shoot in such a short timeframe. “The goal was to really get this vibe of authenticity and get people hanging out together. That brought together a spirit where they’re all hanging out and having a good time and letting us document them in their natural environment.”

With the help of a casting director, Kern went through folders and folders of different models trying to find the perfect collective image for the project: “[We were trying to] bring these little specks of information that we had together—who would be more than just a face, who’s a character, who would go on to do different things.” He explains that the models he ended up choosing all had different backgrounds and career paths: Some have gone on to be rappers, some actors or actresses, while others have become artists and writers. Because the timing was incredibly quick, Kern went into the shoot with a similar mindset as he imagined a yearbook photographer would have. When looking for models, he needed to make sure they would have a unique style and spirit and a strong sense of self that could easily come across on film.

Kern ended up with a set of striking yet pared-down portraits that capture the spirit and energy surrounding the new faces while still holding onto remnants of past technologies—true Zeitgeister (the plural of zeitgeist in German).

The large format of the instant photographs creates a dichotomy between what he calls “the constant now” and the laborious shooting and development process that comes with the film. The process of taking the photos required more than one person, he explains, and a copious amount of time: “It’s kind of a ballet of sorts. You have the camera operator who still cocks the shutter and then the photographer who frames focus and then pulls the trigger.” Working with a group of subjects who are used to being photographed at an incredibly fast pace, Kern had to learn to be patient to find the rhythm between the slower, soon-to-be-extinct technology and the blossoming models who had little to no experience with it. Every shutter click required meticulous thought due to the high cost of the film and the time-consuming setup for the following shot. Combined with the need to fit sixty models into a four-day shoot and Kern had a challenge on his hands that only the most dauntless photographer would be willing to take on.

The book is printed on French-folded paper and handbound in traditional Japanese style, paralleling the challenges of capturing quintessential moments in large-format instant photography. “I wanted to catch these moments that would be revealing for these characters, but the photography technology lends itself to very stoic, considered portraits,” says Kern. “So breaking through that barrier and bringing a level of looseness to it was definitely [a challenge]. I don’t want to say it was a party, but it was definitely a fun time.”