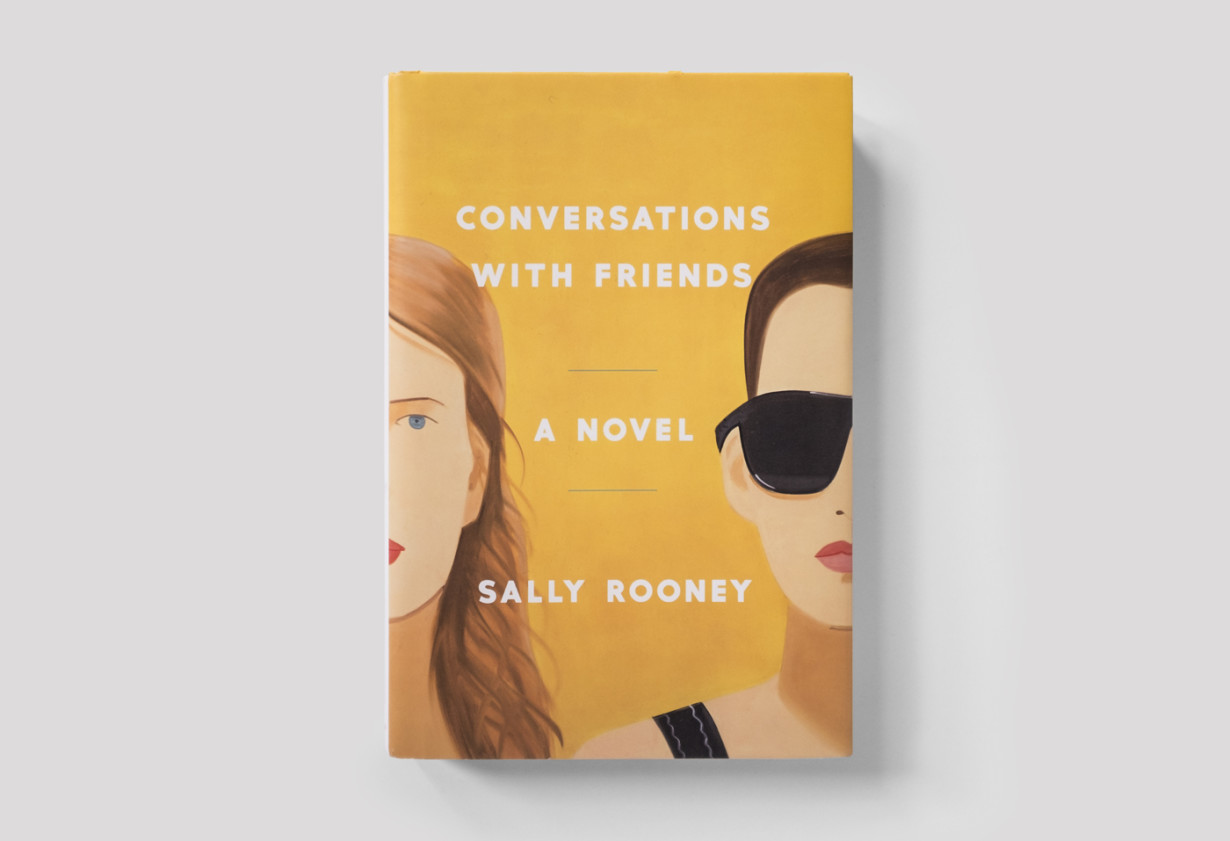 “I can often only reach an idea by talking about it with other people,” says the author Sally Rooney. Conversations are essential to her life; indeed, they are what form the foundation of her début novel, Conversation with Friends, released earlier this year. Written in just three short months while completing her MA in American literature at Trinity College Dublin, the book follows the loquacious lives of two young female poets in Dublin and their ambiguous relationship with an older married couple. Described as the “Salinger of the Snapchat generation,” the 26-year-old’s novel sold in a seven-way auction last year, with Faber & Faber emerging victorious. Sparkling in its elegance, perceptiveness, and humor, Conversations is filled with exchanges ranging from the timely to the timeless.

Having grown up in Mayo before heading off to college in Dublin, Frances, the book’s protagonist, shows some parallels with its author. “The abstract concerns that animate the book—concerns about gender, relationships, sex, and love—are certainly ones I’ve developed through my own friends,” Rooney admits, but, as far as she knows, the book doesn’t quote from real life at any point. “I’m not one who brings a mental notebook to parties and files away interesting phrases or anything like that.” Drawn to the complexities of relationships and how they often overrun boundaries, the author questions how we label these relationships and what these forms of intimacy are. As a person who is very concerned with power dynamics, exemplified by the imbalance in privilege between the young couple and the even younger poets and by the relationship between Nick, the husband, and Frances, Rooney is interested in “how we can put political principles into practice in our personal lives and the limits of theory when it comes to our desires and needs.”

With a book set firmly in the digital age, Rooney doesn’t shy away from the various forms of communication we use today—namely email, text, and Facebook Messenger—which play a large role in the development of the relationship between Frances and Nick. Throughout, Rooney is perceptive about how people can use their online presence as either a vent or a shield. On the one hand, people find the technological distance a nice padding in which they can air their true thoughts and viewpoints, as is the case with Nick, who openly admits to Frances via email that she is “a very stressful person to talk to online.” On the other, people use digital mediums as something with which to construct an image that is a little more calculated, like Frances. In discussing Frances’s “performance” as someone more dry and aloof when communicating with Nick, Rooney describes an interest in the expectation that women should be emotionally available and questions, “What is the meaning of that expectation? What happens when that expectation is subverted?”

Formerly Europe’s top debater in 2015, Rooney is also well versed in drawing out a good argument. But it was through reading contemporary authors like Miranda July and Ben Lerner, she says, “that I started thinking seriously about what literature is doing today.” Admitting to an initial difficulty in confidently setting stories in the present day, she found learning to write in the present historical moment important in her development as a writer. Working intensely—she wrote quickly and deleted just as rapidly—she wrote the first draft in three months and then spent a year writing successive drafts where “I don’t think a single sentence has survived from the final third of the book.”

Having previously published essays, poetry, and short fiction in literary journals such as Granta, The White Review, Stinging Fly, and the Dublin Review, Rooney also had her story “Mr. Salary” shortlisted for the Sunday Times short story award. As for what’s next, she says that she is currently in the process of editing the manuscript of her second novel. “It follows two characters, one young man and one young woman, from their final year of school to their final year of college,” she offers. “For those who thought nothing happened in my first book, I feel confident that even less happens in the second one. But for my part, I’ve very much enjoyed writing it.”

Conversation with Friends is out now. Pick up your copy here.