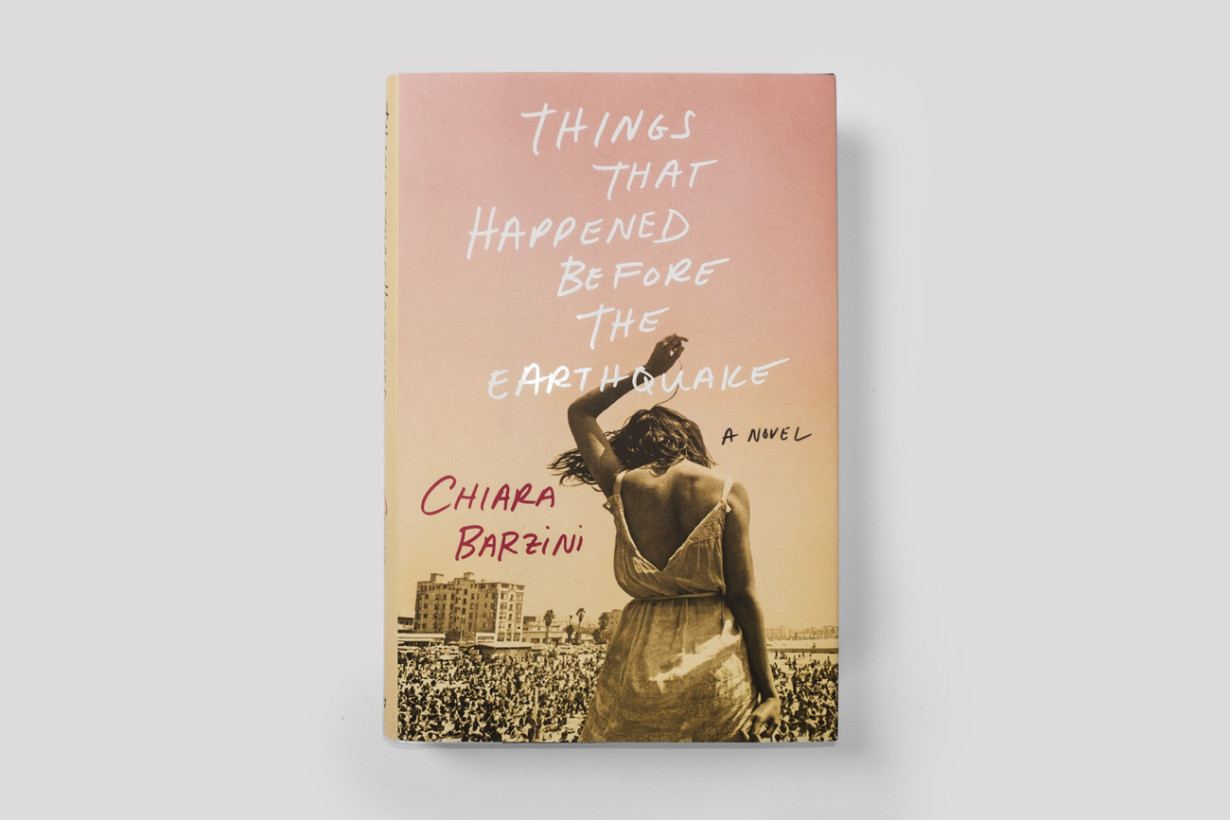 CHIARA BARZINI ON GROWING UP ITALIAN IN NINETIES LOS ANGELES

If a person’s adolescence is a time of exploration, discovery, and growth, the same can be said of a city’s. Although centuries old, Los Angeles is a place that in many ways has only recently come into its own as a metropolis, and its boisterous, rowdy years of rapid development seemed to align with those of Chiara Barzini, the Italian writer whose propulsive and piercingly honest début novel, Things That Happened Before the Earthquake, gently fictionalizes her own time as a newly displaced teenager in Southern California between the Rodney King riots and the 1994 Northridge earthquake. “The book takes place during the Nineties, which I like to think of as the teenage years of Los Angeles, when it was eruptive and rebellious and completely out of control,” she says. “Now I feel like LA is in its early thirties or late twenties, so it’s like, ‘Oh, we’re going to get a nice place to live and we’re going to have plants in our garden.’ There’s something a little too pristine about it now. I do miss those elements of grit and discovery and adventure, but I think that in the right places you can still find that. As with everything in LA, you have to seek it out.”

Like Barzini herself—who now lives back in her original hometown of Rome with her longtime partner and their two children—Los Angeles has indeed settled down in the twenty-plus years since she first moved with her parents and younger brother to the Valley in pursuit of her father’s Hollywood dreams, but the book smoothly recaptures both the surging tangle of feelings she encountered as a teenager there and the rawness of a strange city that was rich with unexpected experiences. In Things That Happened, Eugenia at first resists her new home, where she faces the dual challenge of acclimating to a confusing country and accepting her own evolving identity, but eventually makes a home for herself in Van Nuys. Barzini admits that she originally planned to write a memoir, and many of the details in the novel are true to her own life, but she turned to fiction for the extra creative freedom. “With memoirs, you have so much anxiety about trying to be very true to the facts. You don’t want to hurt people’s feelings and you want to be honest and there’s no narrative arc necessarily,” she explains. “I had very intense experiences when I was living there and I wanted to transform those emotions into something that would be declared as fiction and invent on top of the emotions that I had had.”

An accomplished bilingual screenwriter and journalist, Barzini says she chose to write Things That Happened in English because it remains “a language of escape” for her. “It was a language that liberated me and it gave me the possibility of having a new identity,” she adds, although there is also the sense that this book, capturing her initial years in America, could only have been written in her blunt, direct second tongue. That additional distance is also reflected in the two decades she has lived since she first arrived in Los Angeles, time that has allowed her to reflect on what exactly everything back then meant to her. “The most interesting part was the fact that, when you’re a teenager, you have a way of guarding yourself from trauma and you have an incredible resilience and you have an incredible capacity to overcome difficulties and to move forward,” she explains. “I think I wasn’t really aware of what had been going on and what it felt like and what it was like at the time. I just kind of lived through it.”

Both subtler in its gradations of emotion and more extravagant in its occurrences and characters than many coming-of-age novels, Things That Happened also tracks the growth of a creative spirit. As Barzini did, Eugenia takes to carrying the heavy Norton Anthology of English Literature around as a shield of sorts, removing herself from her swollen public high school to her honors English class, where her teacher recommends that she pursue writing. Barzini points to Joan Didion—whose writing her own echoes at times in both style and theme—as an enduring influence on both her work and her understanding of the many faces of Los Angeles, from the faded Old Hollywood glamour of the haunted Hotel Alexandria to the persisting hippies of Topanga’s communes. “Didion did great work for me personally in terms of really breaking it down and showing me the city from a point of view that I couldn’t really understand,” she says. “How she’s able to coordinate the relationship between geology and geography and history and culture and how fundamental that whole aspect of nature and place is to the psychology of the city was exciting and important to me, because nature had a very strong impact on the way that I grew up, so to find a writer who was actually taking all of that into consideration was very, very formative for me.”

Now, as she finds herself in Los Angeles increasingly often—including earlier this month with her own family to promote this book—Barzini says Things That Happened has provided both closure and a connection with her past. “Being back there has been really amazing and also intensely emotional because it’s a sort of collapsing of all these different parts of me that haven’t really ever met in the same place,” she says. “It’s been great, but also a little overwhelming.”

Things That Happened Before the Earthquake is out now.