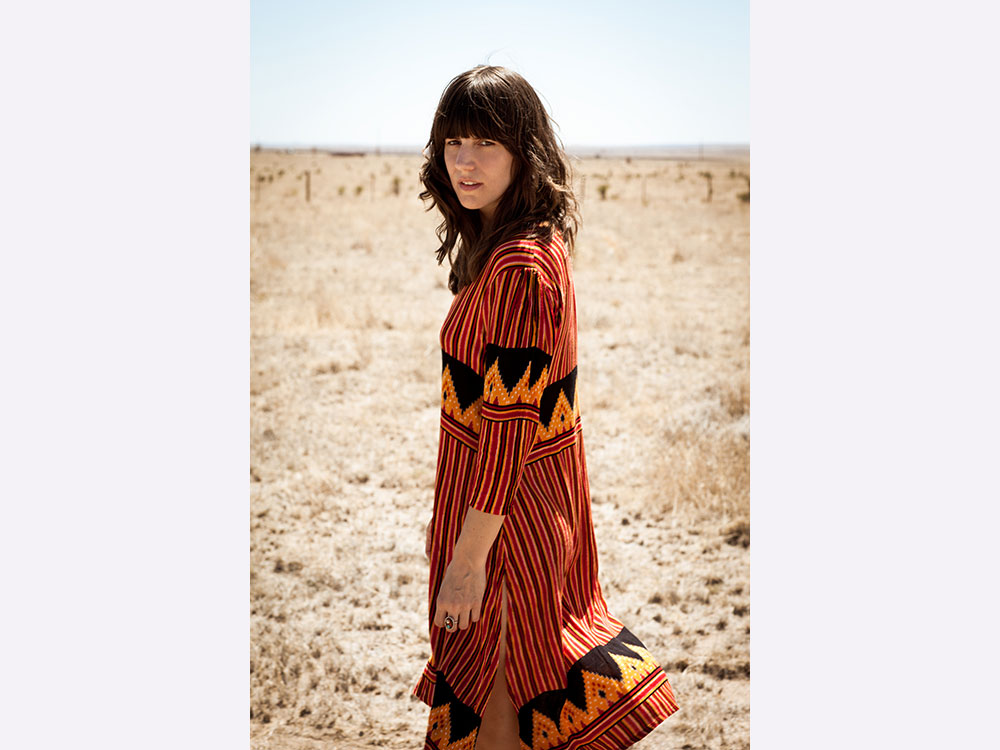 “Third time’s a charm, or is it three strikes and you’re out?” Eleanor Friedberger greeted the crowd at the Bowery Ballroom last Friday with a quip typical of the rapier wit of her lyrics. The CMJ Music Marathon in full bloom, this was the third time that Friedberger would be performing her set that night—at the eleventh hour. Whereas another singer would sound tired, Friedberger was playful and deliciously mischievous, cracking inside jokes with her band and giving her all to the crowd. She got into the jangly groove of her indie pop beats and crooned to the softer piano rhythms of her ballads. Friedberger oozes the kind of cool that says she’s been there, done that, but still has a sense of humor about the whole thing, whether she’s singing about the music industry or love. In “I Won’t Fall Apart on You Tonight,” she tells us as much: “There’s nothing new and that’s nothing bad/It’s just the same, but that’s not what we came here to say or to do.”

Hailing from Oak Park, Illinois, Eleanor Friedberger has been around the New York music scene, most famously as the other half of the garage-rock and blues duo, the Fiery Furnaces, that she formed with her brother Matthew Friedberger back in 2000 in Brooklyn. But it’s through her two solo albums, the well-received début Last Summer from 2011 and this year’s Personal Record, co-written with novelist and folk singer John Wesley Harding, that Eleanor Friedberger truly discovered her unique voice: wry, wisened, and warm.

Even when singing about a broken heart in “Other Boys,” Friedberger opts for wisecracks reminiscent of Stephen Malkmus instead of jadedness: “And the chick who writes songs and then insists/On playing them, yes, she’s persistent/How could any man resist/A girl with such a big setlist?” Instead of listing regrets, she’s brave to flaunt raw vulnerability, pleading, “Play me just one more/I adore you as before” in her most soulful (and her personal favorite) track “Echo or Encore.”

Alternating between her two solo albums, Friedberger played a varied and tongue-in-cheek set. She opened with the confident drum rhythms of “I Don’t Want to Bother You” and closed with the funky Wurlitzer chords of “My Mistakes,” taking us on an emotional ride from New York to Los Angeles and Topanga Canyon and back to Roosevelt Island. Friedberger even managed to make her exit a witty performance, as she left her band to finish without her, disappearing backstage with a beer in hand. This time the inside joke was for her fans—a reenactment of the lyrics of “When I Knew”: “And when she done up singing/She just took off, stage left/And left us there winging it/The band went down swinging/As she made her exit, arms in the air.”