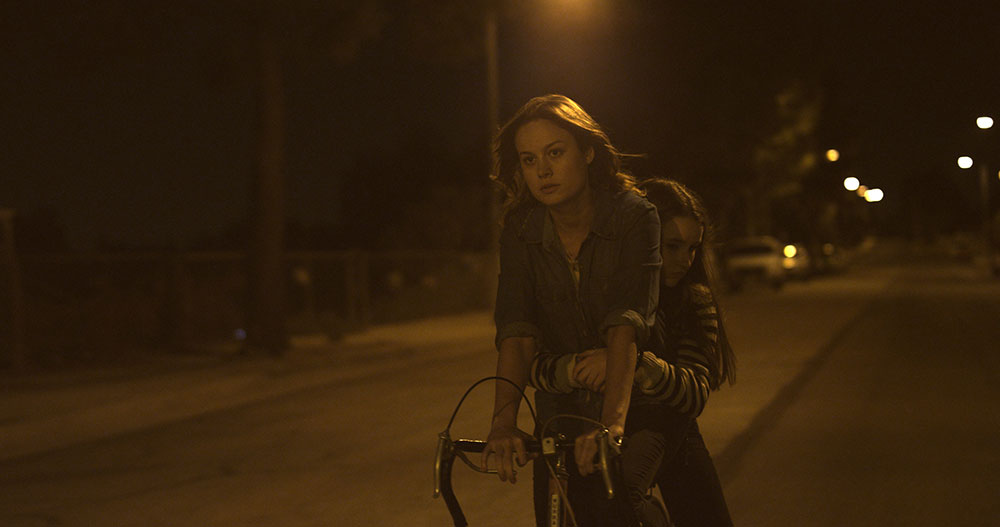 One of the most overused tropes offered up to aspiring authors is to “write what you know.” For Destin Daniel Cretton, that meant group homes. The young director spent two years between college and film school working at an institution for at-risk youth, and his time amongst the troubled teens adds a personal touch and a knowing intimacy to his poignant new film Short Term 12, which he also wrote. “I got the job because nobody else was hiring. It was not at all what I expected,” he explains. “It was terrifying at first. I thought about quitting every single day and somehow just kept going back until I started to adjust. It became a very important experience for me and my character and what I find important in life. It stuck with me.”

Unlike many films with a similar subject, Short Term 12, which won the Grand Jury and Audience Awards at SXSW earlier this year, approaches its emotionally weighty story from the perspective of the complex’s staff rather than its residents. Grace, in a raw and powerful performance from Brie Larson, is barely out of her teenage years herself, and her memories of her own difficult childhood give her a unique insight into the struggles her wards are facing. Grace oversees her fellow line staff, including her boyfriend Mason (John Gallagher, Jr.), and finds herself especially drawn to her latest charge, Jayden (Kaitlyn Dever), whose father effectively abandons her.

One of the film’s most affecting scenes occurs when Jayden’s father forgets to pick her up on her birthday as promised, resulting in a violent tantrum full of the seething anger of a neglected adolescent, an incident that came directly from Cretton’s own time on the job. “It started out as a scene that was inspired by a journal entry that I had written about an experience that I had there,” he recalls. “Almost every anecdote has come from something true—not necessarily my own personal experience, but a handful of them were things that I witnessed. A lot of them are from interviews that I conducted with people who have been working this job for much longer than I did. I just had them tell me stories and a lot of those stories became characters in the movie and became their story lines and their back stories.”

That real-life grounding gives Short Term 12 a lived-in richness and a quiet honesty that feels solid and sturdy without being weighty or dense. The film overflows with tempers and pain and ragged emotion, but Grace and Mason manage to eke out a modicum of sanity for themselves and the kids they watch over. Larson and Gallagher play off each other with a comfort that belies their short introduction period before filming, a naturalness that Cretton credits to both their talents and a few simple but incisive icebreakers he offered the pair in an envelope on a dinner “date” he sent them on. “Maybe I saw it on one of those dating shows or something,” he laughs. “We only had one night for them to go out and hang out together, so I was hoping it would work. It takes good actors to make it work, so I’m glad they rolled with it.”

Short Term 12 began as a school assignment, a thesis project that blossomed into a short—which won the Jury Prize in Short Filmmaking at Sundance in 2009—originally focused on a male protagonist. Cretton says his decision to change to a female lead for the feature came more from a desire to experiment than anything else. “The main inspiration for going from a male to a female was really that it was something I hadn’t done before and it was scary to me,” he explains. “It became not just a challenge but also an excuse for me to try to look at the world through a different lens. I think more than anything I found out how much I personally relate to Grace and how much I just am Grace, and that writing from a female perspective shouldn’t be frightening to me because I identify with all the same things that she does. I also identify with all the same things that Mason, the male character, does. I think that that line became much more blurry in a good way for me through this experience.” Sometimes, clearly, writing what you don’t know works just as well.

Short Term 12 is out today.