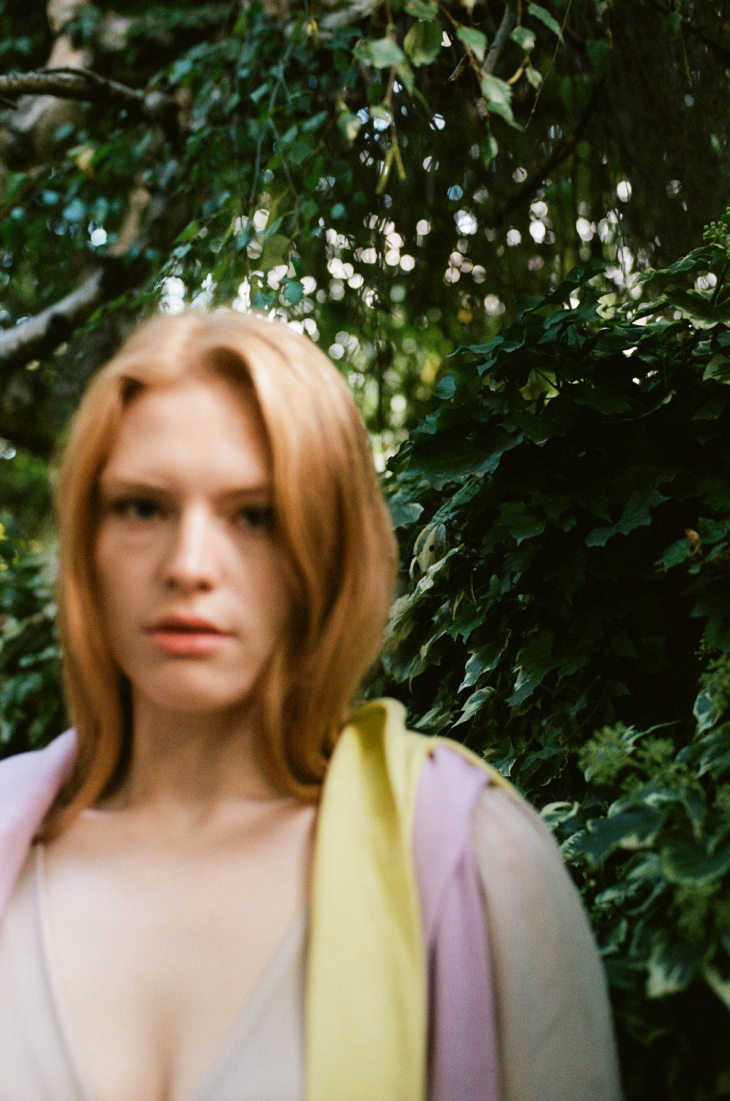 Freya Ridings Writes Music for Herself

Freya Ridings has never known a life without music. The young star, whose single “Lost Without You” hiked up the UK charts, peaking at number nine in October before going platinum earlier this year, grew up watching her father, an actor, write songs on his guitar and her mother play soulful piano music. “I thought it was something everybody did—play music in their spare time,” she says—but she didn’t always think of music as a profession.

A born-and-raised North Londoner, Ridings was dyslexic and struggled in school until she decided at the age of nine (while watching Olivia Olson’s character belt out Mariah Carey’s “All I Want for Christmas Is You” on stage in Love Actually) that music was what she wanted to do. “I want to be like that,” she thought. Shortly afterward, her first opportunity came in the form of an open mic night at her school, where she played songs in front of others for the first time. “I was terrified,” she recalls, “but I went up on stage and a lightning bolt hit me like, ‘Oh my god, this is what I’m going to do.'” With a deeply melodic voice and a beautifully sad, reflective quality to her songwriting, Ridings’s music feels like the output of a much older writer. Watching her perform live to hundreds of silent faces, it doesn’t come as a surprise when Ridings mentions Florence Welch and Adele as stars she looks up to. “Definitely strong but very honest female performers are the ones I’ve connected with,” she elaborates, “people who can captivate a whole room.” There is a sense that she’ll very soon, if she isn’t already, be classified as the kind of performer she admires. Even heard through headphones, however, her music does not fail to hold its own. If it’s any indicator, her success so far has come without the release of a full album (she did release a ten-track live album in 2017 and another last year), although her début is expected this summer.

Growing up, Ridings’s family was, as she describes it, “one of those all-or-nothing families”—so she was all in from the beginning. Taught to understand that a certain level of hard work and input are required to be successful in any career, she began frequently playing pubs around London around the age of thirteen. “Looking back,” she says, “I probably should have been doing homework, but [performing] was what I loved to do.” She continued to work at it, writing music in her spare time and performing whenever she had the opportunity. That any adolescent can have such a clear understanding of what she loves and wants to do with her life was a rare blessing Ridings was acutely aware of, even back then. Her drive and passion, though, meant she felt a bit of an outcast from those she went to school with. After attending St Christopher School in Letchworth, at sixteen she was accepted to London’s BRIT School, famed for the successful female musicians such as Amy Winehouse and Adele among its alumni. At the BRIT School, “I was kind of the black sheep,” she explains. “I was tall and a redhead and my music was completely different—[my classmates] were more like Grimes, kind of a cool, London thing. I was very different in terms of my writing style, sort of chill piano music. It definitely didn’t make me cool.” Instead, her songs embrace lilting melodies that shift between minor and major keys, making them hopeful and heartbreaking at once. And while “cool” might not be the best descriptor, the songs are marked with a timelessness reminiscent of truly classic ballads, perhaps the result of her musical upbringing: a combination of Seventies folk music—James Taylor and Carole King—and blues artists like John Coltrane. Ridings’s voice is strong yet easy to listen to, never grating or piercing. Hers is the kind of music you can wallow in. Sweater by Pringle of Scotland. Dress by Stella McCartney.

Her musical talent is obvious, but if there is one thing that sets Ridings apart from the mainstream in 2019, it’s the fact that she is genuine. After all, it’s the sole driving factor when it comes to her songwriting. “I’m definitely someone who writes from a feeling place rather than a thinking place,” she explains. “It’s about sitting at the piano and shutting my eyes and letting my subconscious just speak, getting myself out of the way. I feel like sometimes trying really hard can be the death of a new song. Writing lyrics can be really hard. But [lyrics and melody] kind of get born together—like twins.” While she admits that she still has much to learn, she believes that her current heartfelt approach is what has resonated with people. “It’s so interesting that people accept the songs I’ve written in this sort of nonconformist way,” she says. “I never write thinking people will ever hear any of it. I’m just trying to write about my personal experiences and be as honest and authentic as I can in my writing and it seems to have resonated with people. I’m so grateful for that.”

Freya Ridings’s new single “You Mean the World to Me” is out Friday. Ridings will perform on March 2 at the Olympia Theatre, Dublin, and on March 11 at Roundhouse, London.