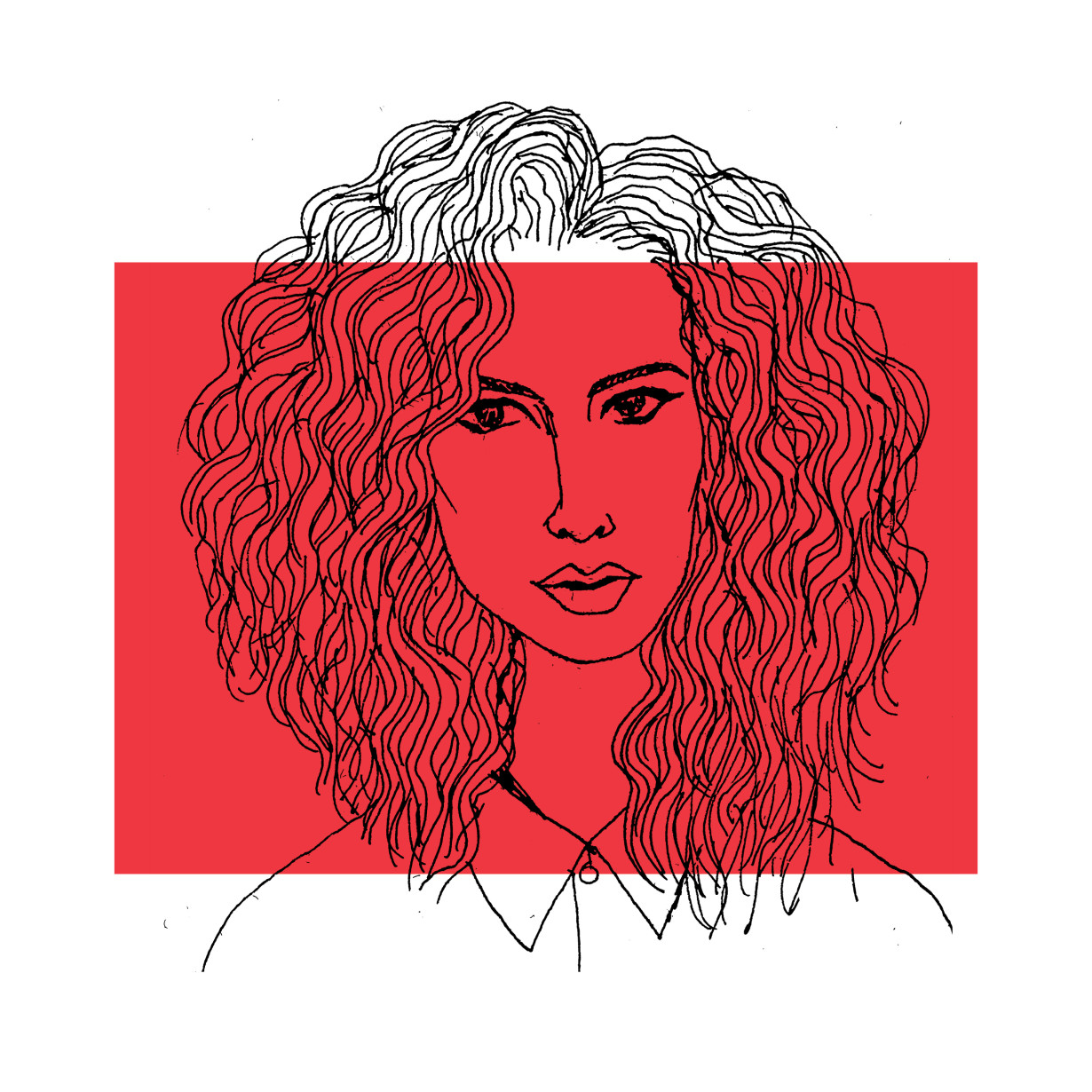 Growing up in rural Oregon, singer-songwriter Grace Mitchell grew accustomed to being alone. “In high school, I felt like my peers didn’t quite understand the process,” reveals Mitchell from Portland when I call her on the phone. The now nineteen-year-old musician, who released her first EP, Design, in October 2014, is, in all honesty, probably right. Mitchell lived with her mom, an interior designer, and started writing folk-pop medleys when she was eight. The spiral-haired redhead was producing her own music “like around eleven or twelve,” she recalls. And that début EP—a vulnerable, wise-beyond-years take on heartbreak and loneliness—was recorded in Los Angeles by way of scattered trips up and down the coast during the period when most of Mitchell’s peers were getting drunk at beachside keggers, studying for their SATs, and just beginning to think about where they might want to go next.

The kind of music Mitchell makes—lyric-driven alt-folk pop and, more recently, high-energy electronic folk-dance party songs—was, to her, essential from the start. “Whatever kind of came organically, I would write about,” she explains. “I found that when I became older and kind of able to articulate my melodies, they were more about that, but typically it didn’t really matter—it’s just kind of whatever sparks inspiration at the time.”

She sang because it was her first form of expression. “I love pop music,” Mitchell declares. Paula Cole, Joni Mitchell, Fiona Apple, the Spice Girls, “then maybe some Shins thrown in there, or like, I don’t know, Death Cab for Cutie,” says Mitchell—these were the influences. Writing music was quite simply the way to talk about everything she was experiencing. And listening to music was a way to connect with a world outside of “really small-town,” beachy, mountainous Oregon. A contract with Republic (the label of Lorde, Ariana Grande, and Florence + the Machine, among so many others) meant that Mitchell’s earliest full songs—written beginning from around age twelve, and lending comparisons to Lorde, or often a more innocent Banks—would be heard.

“It was four-and-a-half years of doing the kind of back and forth between Oregon to LA,” says Mitchell. She was writing with other artists, for other artists, meeting record executives and otherwise living a very grown-up life when she wasn’t at school in Eugene.

Design—with tracks like “Broken Over You” (the lyrics—“Is it like love when you look inside/even if it’s not, then I wish you’d lie”—sung in Mitchell’s husky lull are crushing) and the dark, swooning “Your Design”—generated major industry buzz, bringing in rave reviews from sites like Noisey and opening up doors for future collaborations. A cover of Hall & Oates’ “Maneater” for the soundtrack to Ben Stiller’s The Secret Life of Walter Mitty earned her further attention.

Since its release, Mitchell has picked up and moved to Portland. “It’s perfect here,” says the artist. “It’s so close to nature, except it also really has amazing food, amazing music. I’ve made a lot of friends who may not be particularly immersed in music, but they all share it as a passion.”

She’s writing new material—songs that she describes as “very energetic,” a “little more mature,” and, more succinctly, “just really crazy”—taking odd meetings (“there’s a lot of controlled chaos from behind the scenes”), and she’s performing.

“It’s the best kind of rush,” says Mitchell. “There’s no really severe risk factor. The worst thing is someone is not into the performance. But it’s like you give your all and you respond well to the crowd and they respond well to you. People listen and form their own opinion—they accept it or [they don’t]; being on stage is the coolest adrenaline rush.”

Collaborations—yet to be revealed, but in Mitchell’s words, “people from my childhood that I have looked up to and pretty much idolized”—are on the way. Some of them appear on the second EP, Raceday, which she released in August and includes her new single “Jitter.”

For the time being, Mitchell is mainly just kicking back. “I mean, it’s so cool. I live on the east side and there are lots of cool places down there,” says Mitchell. “You gotta go to the food carts. Last night, I went and watched a movie—they always have these cool cult screenings—so I watched American Psycho. It was very, very mellow—minus the terrorizing and executions and murders. I’m just roaming around Portland. Approaching [music] from a new kind of pop perspective. We’re seeing if we can rattle away from things that have been done before—there’s so much ambiguity. We’ll see what happens from there.”

Grace Mitchell opens for the Weeknd on Wednesday at the Apple Music Festival, London.