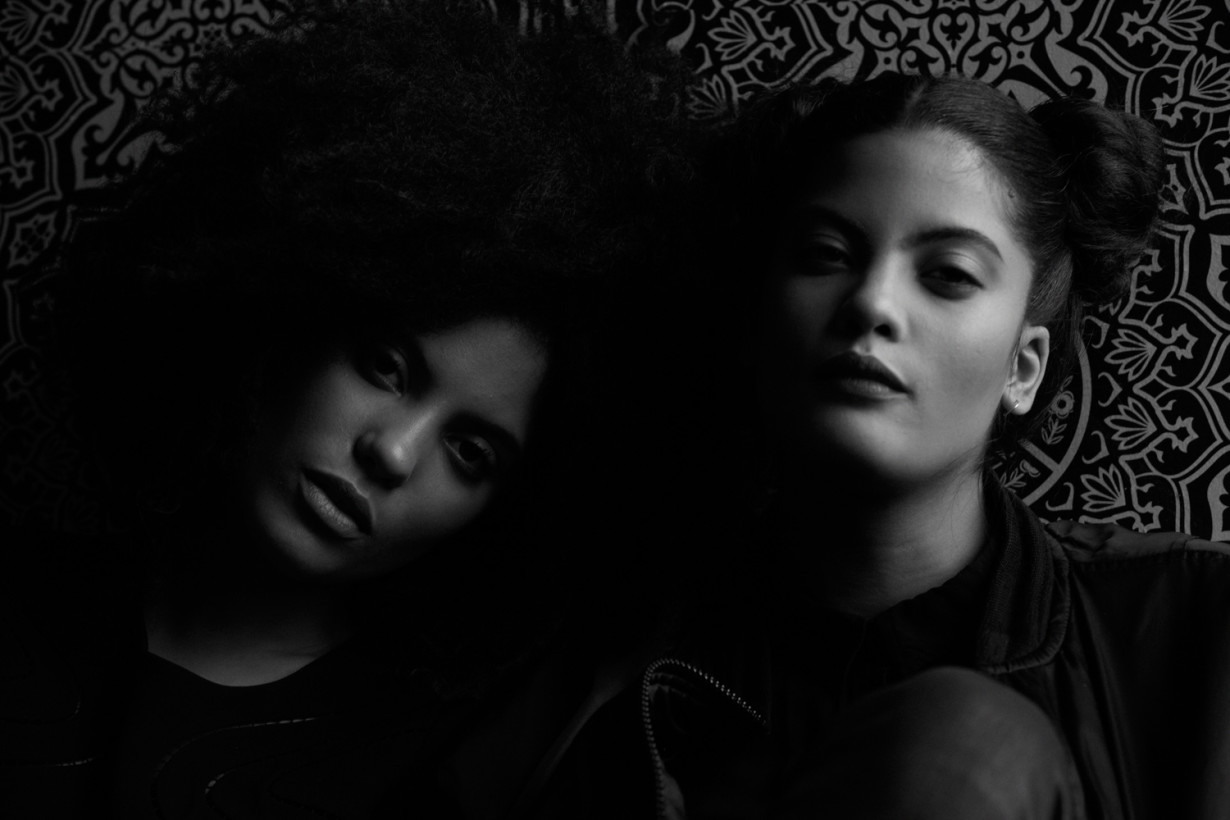 In an era of Google alerts and gratuitous humblebragging, there is something despairing, even fanatical, about our digital media consumption. As a writer, the impacts are best revealed on deadline—it’s both wretched and pleasurable to break from critical thinking every few paragraphs, scrolling through uninterrupted streams of partly staged experiences (staff lunches, product launches). Commentary on the cognitive impacts of our social-media-neurosis varies in levels of hysteria. As one particularly hyperbolic Thought Catalog article put it, “We all have ADD.”

The results of our overconsumption of bite-sized nothings—images, headlines, half-baked advertorials—are less pronounced when it comes to music. But it stands to reason that in a climate of incessant stimulation, it’s simpler to cast an artist aside than to invest precious time. Too much hype and we’re over it. We don’t even need to listen.

Ibeyi have been fortunate to avoid a premature death-by-overexposure. And this is odd, because the French-Cuban twins are especially prone to hype: daughters to the late Cuban percussionist Miguel ‘Anga’ Díaz (of Buena Vista Social Club), twenty years old with curly manes and honey skin and raspy, soaring voices. Their self-titled début, produced by XL owner Richard Russell (the man behind Gil Scott Heron’s seminal LP I’m New Here), has earned them various accolades. The Guardian called them a “twin-powered culture clash charisma”—a slightly jarring sentiment, but encouraging nonetheless. Smiling sleepily down a laptop camera for our Skype conversation, Naomi and Lisa-Kaindé Díaz are womanly, beautiful. They’re in Paris, in the apartment they share with their mother, bickering in French as they answer each question. Lisa-Kaindé—the most loquacious—freely admits they squabble over menial topics: how to rehearse, what to eat, who should do the cleaning and shop for groceries. “On big subjects we always agree,” she says. “It’s because we’re so different on the little, stupid things that there’s a lot of action every day. I don’t think we’re going to get bored of each other.” Her favorite place in Paris is right here, in this apartment: “My bed, my house, my room, my cat.”

Since their father’s passing when they were aged eleven, Naomi and Lisa-Kaindé have thrown themselves into his native Yorùbán culture. Hints of it are nimbly woven throughout their sparse LP: in the prayer structure of the churning, off-kilter, doom pop track “River” and the soulful chants of “Mama Says.” The Yorùbá people—an ethnic group with origins in southwestern Nigeria and southern Benin—have the highest fraternal twining rate in the world, with forty-five to fifty sets per thousand live births. Twins (known as Ibejí or Ibeyí) are perceived as sacred, spirits that reflect a manifestation of God. The idea is that one soul is split, or shared, between two bodies. Through the prism of western individualism, it’s a problematic concept, but Naomi and Lisa-Kaindé have reached an enviable middle ground: they are autonomous and fiery, but, in their music, co-dependent. Naomi sings backup and plays percussive instruments (the cajón and Bata drum), while Lisa-Kaindé is on piano and lead vocals.

“I don’t smoke,” says Lisa-Kaindé. “I really want to keep my voice clean, so I don’t drink and I sleep a lot.”

“I sleep, I smoke, and I drink a little too,” interjects Naomi. “So I’m awful! But [if you sing,] it’s important to sleep as much as you can. It’s the best thing for your voice.” Yorùbán chants are underscored with the brutality of slavery—they were, after all, developed during the Atlantic slave trade—yet the sisters’ début omits explicit reference to disenfranchisement. (“I am a little bit scared of politics,” says Lisa-Kaindé. “We are not doing politics.”) Instead, their discordant harmonies hone in on the familial, the domestic, fusing traditional chants with spatterings of jazz, pop, and acoustic R&B. The thirteen tracks speak to ineluctable elements of lived experience: love, abandonment, fragmentation, relocation, death. Everything is immediate, visceral. Past breakups, in all their rawness, are manifested as present experience. Joy springs up like a fugitive, maddeningly determined in its quest to consume.

“Sometimes when you go to a concert you just want all the world to disappear, to spend two hours enjoying yourself,” says Lisa-Kaindé. “That’s what people want. That’s what we want when we are on stage: to forget everything. It’s really important for us to sing those chants. Singing is spiritual, art is spiritual, and when you are singing prayers it’s even more spiritual. It’s a way to connect with everything.”

Lisa-Kaindé’s most pressing fear isn’t that audiences won’t connect with their music—it’s the assumption that their connection to Yorùbá is hollow, meretricious. “I’m afraid that people will think, ‘They’re taking Yorùbá to make it [big] and to get money. This is something I hope will never happen to us. When you talk to us for three minutes, you can understand that Yorùbá is our culture.”

Ibeyi is out now from XL Records. Ibeyi performs next Tuesday at the Islington Assembly Hall, Upper Street, Islington, London.