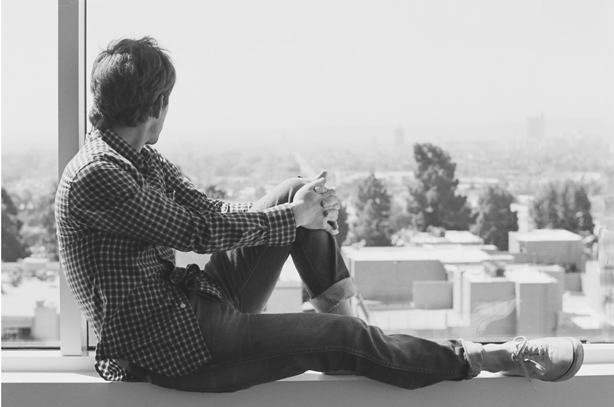 There are a handful of small moments in Ceremony, the debut feature from Max Winkler, that nod at the young auteur’s myriad inspirations—minute grace notes that, as Winkler says, make the film “postmodern in the sense that we wear our references on our sleeve.” The main character, Sam, calls his best friend “old sport,” Gatsby’s favorite term of endearment. A woman is named after the title character of Salinger’s “For Esmé—with Love and Squalor.” For Winkler, the nearly overwhelming weight of our collected cultural history, the continuing influence of past authors, filmmakers, musicians, forms the backbone of not only the style, but the theme itself of the film. “It’s a movie about somebody who believes that he’s the leading man in one of those books but then has to realize that this is the real world,” he says.

Winkler, 27, is a son of Los Angeles, though you wouldn’t know it from Ceremony, about a young writer, played by Michael Angarano, who crashes the Long Island wedding of the older woman he loves—portrayed by Uma Thurman—in an attempt to win her back. “I’ve always had a reverence for New York that I never had for my own city,” he says. “I became obsessed with movies and short stories about New York.” Fittingly, Winkler points to Woody Allen and Wes Anderson as key inspirations. “I probably stole from Woody Allen the most,” he jokes, before listing Spike Jonze and Paul Thomas Anderson as additional influences.

After graduating from USC’s film school, Winkler made a handful of short films before helming the web series Clark and Michael, about two best friends and would-be producers who approach their television show distractedly at best. “I would never want to admit it,” he says, “but I’m just continually interested in making male-relationship movies.” Winkler, who also wrote the script for Ceremony, says that the film came about when producer Jason Reitman suggested he try something personal for his first feature. “Not that the movie’s necessarily autobiographical,” he laughs. “Not that it’s really not.”

Winkler admits that he drew a lot on his own experiences when writing the part of Sam, who tears his way through the celebratory weekend on his way towards acceptance and self-composure. “There were definitely those emotions of reckless, pathetic ownership over romance, where you feel like you have a monopoly on all the pain and suffering in the world, that I was probably inaccurately feeling,” explains Winkler, who says he fluctuates between being a romantic and a nihilist. “I think I’m successful in being incredibly hard on every character in the movie, mostly on the character that I guess would be seen as my foil. I think if you’re as hard on the people as you can be, you can get away with it. They’re all characters that believe in the myth of themselves rather than who they actually are, which I think makes them tragic, but also entertaining to watch.”

Although Winkler says he expects to continue writing, he explains that he sees it as more of a means to directing. “I wish that anyone who wants to make a movie gets to have that experience of getting to make a movie, because it’s so fun and such a wonderful collaboration,” he says. “I like working with people, so sitting in a room writing by myself is truly brutal.” He explains that he helps the process along by focusing on the music he expects to use: “I’m obsessed with music. I start to listen to it before I ever write the script. I start to make a big playlist of music that I want for the movie and I start subtracting the songs and basically end up with the soundtrack.” Kate Bush’s “This Woman’s Work” makes a prominent appearance in Ceremony, as does the music of Winkler’s friends Vampire Weekend, whose post-prep attitude is a perfect fit for the film’s louche and questionably glamorous bohemianism.

Ceremony is, in the end, less a romance than a study of someone who is cognizant of the unique prerogatives of his youth and independence. There are few years in life for being invincible and foolish and misguided, a time when possibilities are infinite and consequences are distant. “Ceremony is about the privilege of how you live your life,” Winkler says. “It’s about the privilege of being allowed to put off the idea of growing up. It’s about the question of, How long can you keep being this romantic that hurts people in your process of feeding your hedonistic need for love? Everybody is privileged in their own way in how they live their lives and how reckless they can be and how they hurt people.” 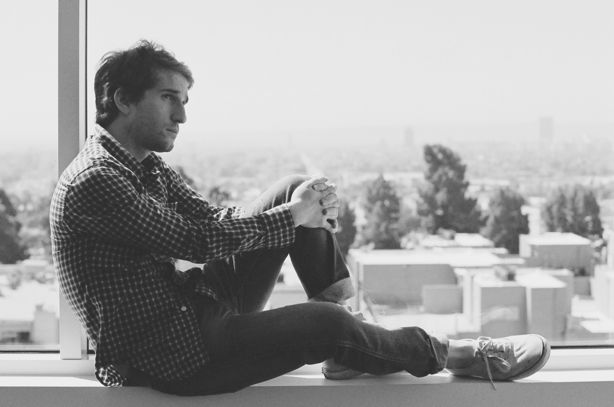