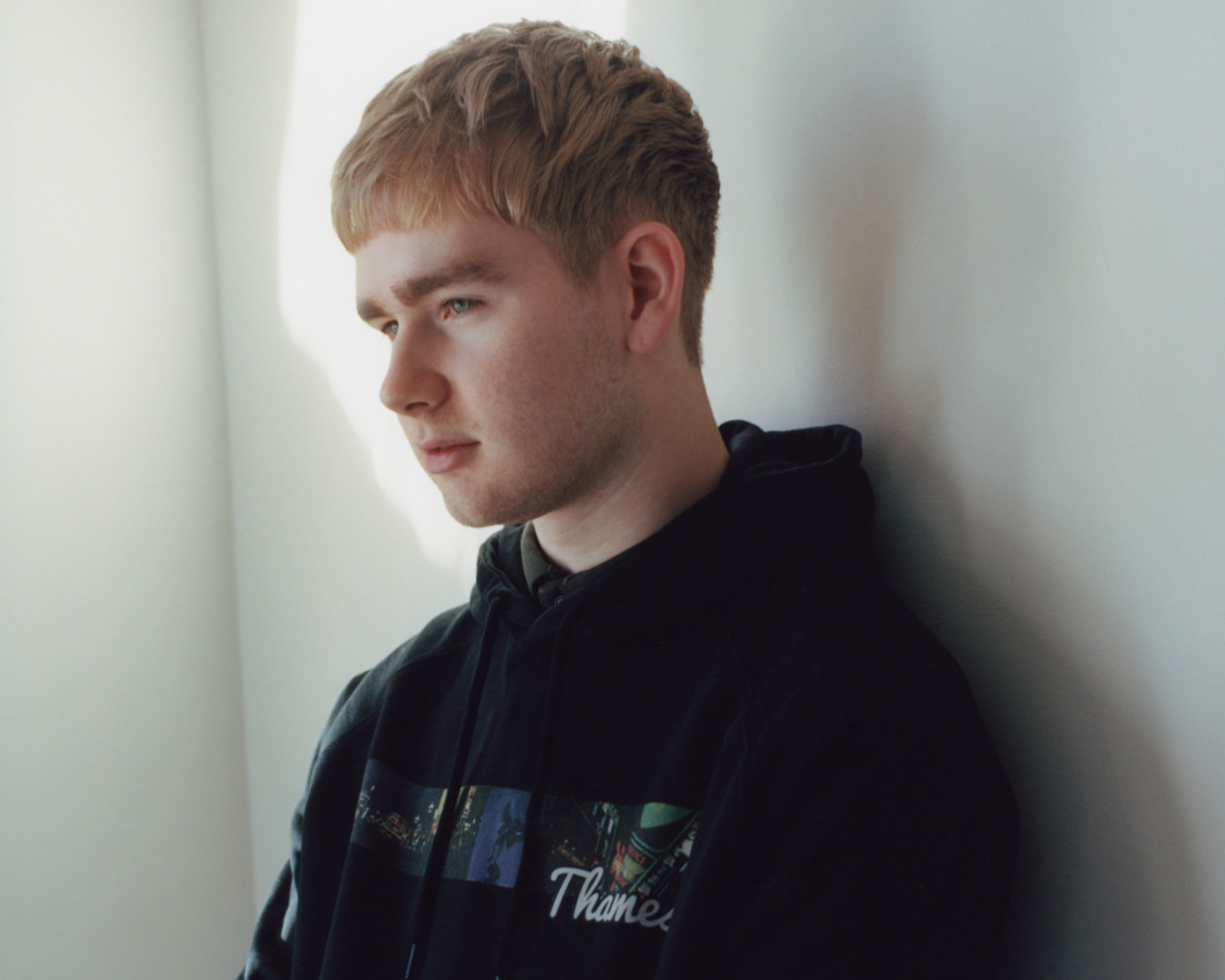 Rumor has it that Mura Masa is releasing an album. It’s getting people excited and you should be excited too. The British producer’s characteristic coyness comes through when pushed for a release date—“I’m an extremely noncommittal person, but it’s definitely coming out in the first half of this year”—but you would be wise to remind yourself to check Mura Masa’s Spotify page every day.

The much-hyped 21-year-old DJ—born Alex Crossan—from the blustery isle of Guernsey is calling from backstage in Cologne, Germany, on the European leg of his extensive recent tour, with tour companion Bonzai wailing in the background. “Everywhere’s good,” he cheerfully announces. “I went to Poland for the first time as well—they’re fucking crazy over there!”

Mura Masa’s Songkick profile tallies an impressive 54,787 miles, an exhausting figure for such a young artist and one which now includes his début at Coachella this past weekend. His impressive travels speak volumes about his popularity, especially with the release of his début album still ahead. Mura Masa guards closely the list of collaborators for the album—promised to be worth the wait—but the up-and-coming British singer Bonzai is a certainty. “Working with Bonzai was really good, that’s going to be on the album,” he says. “There’s a collaboration with A.K. Paul, who’s Jai Paul’s brother, on the album as well, so that was really exciting. There are a couple of other cool features on there who I won’t mention just now, but I was surprised at the number of established musicians who were willing to work with me.” Mura Masa has reached his greatest recognition lately on the strength of his summer-ready hit “1 Night” with Charli XCX—which will appear on the album—and he has been performing with the international grime star Stormzy on his tour, which suggests that the rapper is another potential artist to look out for as well. The combination of collaborating with a panoply of artists, consecutive months of traveling, and a newfound interest from the media always has a fascinating effect on artists, Mura Masa not excepted. With the typically broad strokes of a music journalist, it would be easy to define his music as electronic, as laidback, and as a beach party soundtrack—but with a West Coast hip hop inclination. However, Mura Masa admits that cogency on his forthcoming album is fleeting: “I think it’s very sporadic in its sound. A lot of people find it quite jarring, I think. There are a lot of different tempos and sounds and moods on there.”

Rather, Mura Masa’s coherence comes from his creative expression, a sort of musical bildungsroman. “I think the theme running through the whole thing is kind of a coming-of-age thing,” he explains. “Just trying to capture what it felt like for me to move into London and into the heart of underground music there, trying to understand what that means. I think that was the thread running through it.”

As anyone moving to a city for the first time knows, it is a deeply overwhelming experience. The awareness of your interminably shifting surroundings leaves one swamped in a vast plain of impressions and inspirations. Mura Masa uses this confusing sensory overload in capturing the typical sadistic quality bound up in all creatives: “When artists go through great suffering to make the best music, it’s all a bit mental and crazy, and I’m just running around trying to take it all in. I think I’m enjoying getting a real sense of what the heart of the UK is like, but it’s a very confusing place, isn’t it? Your work kind of ends up confusing you, but that’s good when you’re trying to make an album.” All clothing, Crossan’s own.

London in particular is a great bed of musical inspiration, and there is such a variable, growing scene there that it would be difficult not to be affected by it. “From the get-go, I was listening to a lot of 2-step and garage and grime, but without really understanding the context around it,” Mura Masa says. “When I managed to move away from Brighton, from university, I got deep into living around that culture and understanding it a bit more. That’s become a bigger part of it. I also like a lot of UK-based artists, like Mount Kimbie and Four Tet and the XX.”

Having started out his musical escapade by tinkering about with edits in his bedroom in Guernsey (a small British island off the coast of France), Mura Masa represents the potency of the social possibilities of the internet. He is the internet’s own boy of the music industry. “I mean, growing up in quite an isolated place, the internet was always important to be connected with any sort of music culture,” he says. “In terms of communication with other artists, it’s the first point of call.” His process, crafted by his isolation, has been beautifully simple and innocent: “It’s always just been me sending music to people, because I always seem to make music with people in mind. I’ll just make a beat and then send it to that person and say, ‘I made this for you if you’re interested in doing anything with it,’ and quite often it’s just like, ‘Sorry, I’m working on my own stuff, I haven’t got time,’ or, ‘That’s great, we should talk more about this,’ but sometimes it just all comes together really quickly. I think it’s better to contact people directly if you can.”

The combination of Mura Masa’s intelligent social aptitude and his strong creative philosophy offers a way forward for artists in the twenty-first century. He has cooly adopted what would seem to be a logical yet somewhat underappreciated approach. “Just be candid about it and say, ‘I’m a really big fan of your work and I think we’d make some cool shit,’ or something,” he advises. But he doesn’t envisage the internet as some utopian, hippie dream of collaboration, he insists: “If we’re in the studio and we’re not really clicking, then I’m not going to bother working on the song, even if it’s a really good song. For me, it has to be a genuine collaboration.”

This fierce principle has earned him respect and is evidently proving successful. Mura Masa’s stature has grown consistently since his days producing in his bedroom in Guernsey, and he continues to work with exciting artists, but his recent collaboration with A$AP Rocky definitely helped to shift the gaze onto this songwriter/producer. “Love$ick” is what would colloquially be referred to as a tune. If you hear this in the club at three AM, a smile will be painted across your drunken, silly face. Alternatively, when the crisp drum kit kicks in on the bus at eleven AM later the same morning, as you drag yourself halfway across the city, somber and introverted, it still speaks to you. It’s modern music and it has integrity.

Success doesn’t come without its insecurities though: “I got really upset at the beginning of the year because I thought, ‘Oh no, I’m getting too much recognition and now, whatever I do, I’m going to disappoint some people,’” he admits, “but I think I just have to get over that.” It’s the fear of every artist who has exploded into the consciousness of the masses, “the fear of every working artist.” It is the fear that can end up compressing and crippling the best creative minds, a sad symptom of the recognition they are all essentially striving towards. But Mura Masa is resolute in his vision. “I hope I carry on having the confidence to do what I think is right and is cool,” he says. “I hope I continue to chart my own course, in a way. Move with the times, be culturally on top of things.” He stops to reel back his grand, zeitgeist-grasping aspiration nonchalantly. “I guess.” Sweatshirt by Aries. Trousers and shoes by Margaret Howell. Necklace, Crossan’s own.