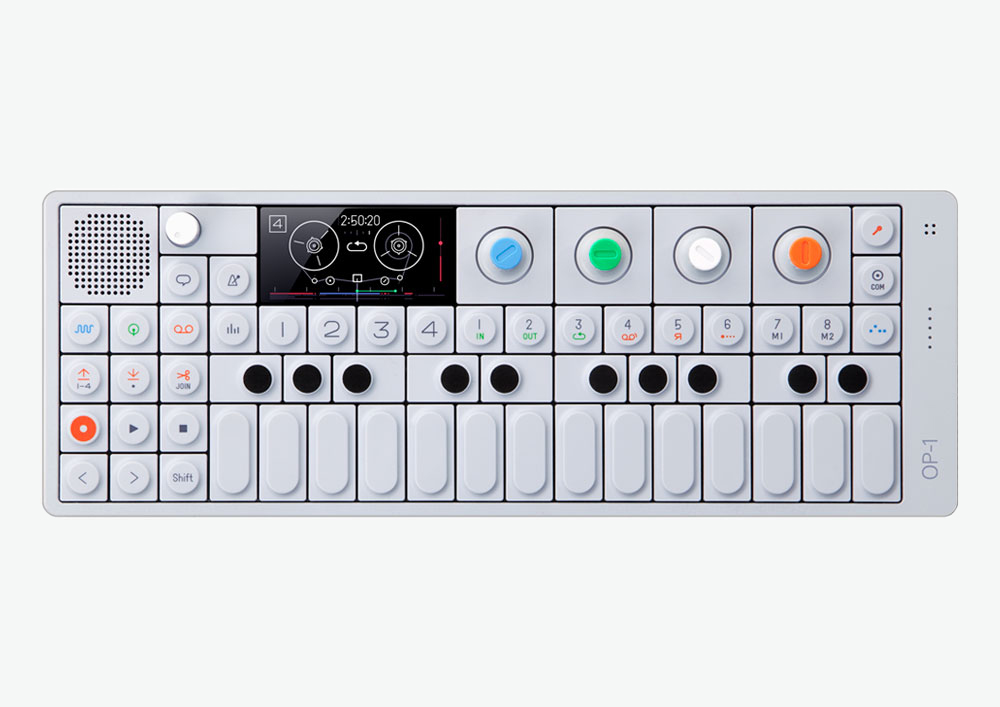 Jesper Kouthoofd, founder of Swedish invention house Teenage Engineering, is a creative with a problematically broad skill set. “We can’t afford to fail,” he says, “but on the other hand, we can’t afford to be afraid or nervous either.” Since coming together in 2005, he and his team of multi-disciplinarians have sought to balance free-spirited innovation and commercial success, partnering with brands like Absolut, Sony Ericsson, IKEA, and Heineken to create everything from a choir of robots to a training system for the Swedish Armed Forces.

Their biggest hit to date, though, is a personal project that began with a sketch eleven years ago: the OP-1, a synthesizer coupled with a drum sampler, four-track tape, and mixer, blessed with a Pantone-heavy layout and the refinement of an Apple product. “As we say in Sweden, we picked our favorites from the synthesizer and sound-creation smörgåsbord,” Kouthoofd says. “But the big effort was to create an interface that was simple, easy-to-use, non-technical, and fresh.”

Though the underlying details aren’t for the sonically averse, the implications are widespread: some say studio-caliber creation has left the studio altogether, replaced with a one-piece aluminum body. But now, with the product released and the team always moving forward, it’s back to the drawing board. Where do you go from here? “Our next big product is under development at the moment, and is of course confidential,” Kouthoofd says. “But it’s a new and fresh way to create. What else?”